The federal government is imposing a fine on Canadian National Railway Co. for failing to comply with an order that it move a minimum amount of grain each week.

The monetary penalty is the first levelled under the Fair Rail for Grain Farmers Act, which was passed in the spring to address agriculture industry complaints the country's two major railways were providing poor service that left traders unable to meet demand from buyers and farmers facing cash shortages.

CN and its Calgary-based counterpart, Canadian Pacific Railway Ltd., are each required to move a weekly minimum of 536,250 tonnes or about 5,000 railcars of wheat, canola and other grain, or face fines of up to $100,000 a week.

CN chief executive Claude Mongeau defended the company's actions, telling a conference on Wednesday that there has not been enough demand from grain companies for the railway to supply the 5,000 railcars. He said that is an indication the backlog that gripped the rail network last winter has been cleared and the railway is having no trouble keeping up with the fall harvest.

However, through a spokesman, Agriculture Minister Gerry Ritz said he was "concerned" the railway was not meeting the minimum volume requirements.

"Using all means available, our government will continue to defend farmers and all shippers to ensure that our economy is well served by Canada's rail logistics system," Mr. Ritz said. ‎

A spokeswoman for Minister of Transport Lisa Raitt said the amount of the fine has not yet been determined, but it will be based on the number of weeks CN has failed to meet the minimum shipping requirement. The railways are required to report weekly grain carloads to the government.

"As CN was not able to meet the minimum volume requirements, the Minister has decided to issue administrative monetary penalties to the company," said Jana Régimbald.

A spokesman for CN said the company had not been informed by the government about the fine.

"If the Minister of Transport decides to call for penalties against CN, such a step would be unfounded given that it's the current grain supply chain balance that has not allowed us to meet the government's … minimum grain volume requirement," Mark Hallman said.

Canada exports about $16-billion worth of grain each year all over the world to places including the United States, Africa and Asia. At both railways, grain is the biggest revenue generator. CP did not respond to requests to comment, although a transport department official confirmed it has met the weekly grain shipping targets.

Ottawa imposed the unusual legislation in response to complaints from grain companies and farmers about rail service last fall and winter. The railways, which criticized government's move as harsh and unnecessary, said the record 79-million-tonne grain crop and unusually long and cold winter forced them to run shorter trains at slower speeds for safety reasons, reducing service. The rail companies said they were being unfairly singled out for problems that stemmed from factors that were out of their control. They said the backlog stemmed from poor co-ordination along the grain supply chain, from the farmer's field to the elevators and port terminals.

Wade Sobkowich, of the Western Grain Elevator Association, which represents the major grain trading companies, said the companies that buy and sell grain still face a railcar backlog of 25,000 railcars, 30 per cent of which is attributable to CN.

Mr. Sobkowich said he was unsure how CN calculated that the demand for grain shipping fell short of the minimum volume order. He noted the grain companies have no access to the weekly traffic numbers that the railways report to the government.

The order setting out the weekly minimum shipments expires on Nov. 29. The federal government has left open the possibility it will extend the measures, as it did in August. That is not the only overhang of the past winter that CN faces. Grain companies Viterra Inc. and Richardson International Ltd. have filed separate complaints with the Canadian Transportation Agency alleging CN provided poor service this spring. The Canadian Canola Growers Association has also made a service complaint against CN and CP. The regulator has not yet said if any of the cases has merit. 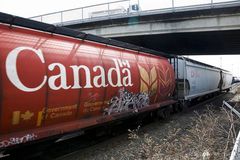 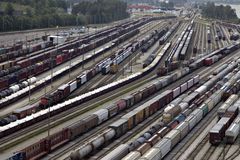