The float planes that are a common sight along British Columbia's coast might soon be coming to Shanghai and other Chinese cities, as well as parts of Southeast Asia, as B.C.'s Harbour Air Group strikes a strategic partnership with a Chinese conglomerate.

Harbour Air, which bills itself as the world's largest seaplane airline with 200 average daily flights, has sold a 49-per-cent stake in the company to the Zongshen Industrial Group Co., Ltd., a massive industrial enterprise mainly known for its motorcycles and whose entrepreneurial founder Zuo Zongshen has various business interests in B.C.

The agreement will allow Mr. Zuo to export Harbour Air's successful commuter seaplane model, and tourism services, to coastal cities in China, as well as to urban areas – such as the megacity of Chongqing – that are situated along waterways. It will also provide Harbour Air, which retains 75 per cent of the voting shares in the company, with the ability to expand its short-haul service further up B.C.'s vast coast, if the province's much-hyped liquefied natural gas industry eventually takes off.

Currently, the airline operates routes between various coastal communities in B.C., and has become an alternative to the ferry for time-pressed people traveling between Vancouver and Victoria.

"It's a huge opportunity for Harbour Air," Greg McDougall, the company's CEO, said in an interview. "Our market's mature. We have the ability. We have the people to do it. And we like the challenge."

Mr. McDougall, who will stay on as CEO, said he had been approached numerous times over the years to export the seaplane model internationally. He said he generally avoided such ventures because initial enthusiasm eventually evolved into bureaucratic inertia as regulatory authorities began to contemplate low-flying planes buzzing over cities and landing in the waters of busy ports. Efforts in Greece and Italy fizzled, and one international enterprise in Malta never expanded beyond one plane before it was shut down, he said. Mr. McDougall had even been invited to China in the early 1990s to look at launching service there, but said it was far too early in China's development, and that the venture had seemed a bit "sketchy."

Now, Mr. McDougall said the time was right: Further growth in Canada was limited, and Mr. Zuo had connections and experience in China – though it still may be a year before flights could begin in China, due to regulatory issues and approvals.

In a speech in China on Tuesday, Zongshen senior executive Li Yao outlined the conglomerate's view on the venture, noting that it could bring "efficient and fast transportation" to China's coastal cities, as well as seaplane tourist routes – such as to a famed Buddhist island south of Shanghai, which generally requires an overnight ferry.

Mr. Li said that Zongshen has "received strong support from local governments and tourism sectors" in China, but that, in the long term, the company would also try to build its own seaplanes and bring the model to such Southeast Asian nations as Vietnam and Malaysia, as well as archipelago nations such as Indonesia and the Philippines. The planes would not only bring tourists to hard-to-reach locales, but would also offer an alternative commuting scenario for wealthier Chinese residents.

Mr. McDougall said he was not worried about the booming discount airline business in Southeast Asia, because the seaplane service in B.C. has operated on a premium model that sees people pay higher ticket prices to help save significant amounts of time in difficult or under-served geographies. 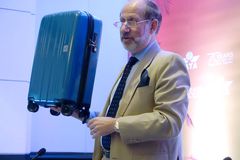 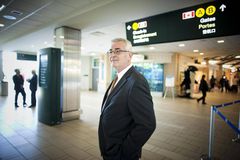