There will be no federal election debate airing on Canada's national over-the-air broadcasters, breaking a tradition of coast-to-coast televised debate coverage that stretches back to 1968.

Despite months of discussions, the consortium of public and private networks that has long framed national election debates had to cancel its event planned for Thursday after failing to get the leading political parties on board.

Instead, the party leaders chose where they would spar from a menu of pitches put forward by other media and civic-minded organizations, fragmenting the national debate and reshaping the way Canadians tuned in to watch. The chair of the consortium now believes the group was the victim of a boycott, and there are calls for an independent body to co-ordinate future debates, helping check the parties' power over the process.

It was only last week that the consortium's networks – the CBC, CTV, Global, Radio-Canada and Télé-Québec – released the time slots they had held open for the English debate back to regular programming. That marked an end to months of talks which began with two private, all-party meetings the CBC hosted at its Toronto headquarters on April 24 and in its Ottawa offices on May 21. The Conservative Party rejected the consortium's proposals and it became clear "that things were not going to be the same as they had been in years past," consortium chair Jennifer McGuire, the general manager and editor-in-chief of CBC News, said in an interview.

Even so, the day of the May meeting, the public broadcaster announced that it had "reached agreement in principle" with the NDP, Liberal Party, Green Party and Bloc Québécois to hold two debates, one in each official language. Touting digital partnerships with Google, Facebook and Twitter, the CBC said it was "optimistic" the Conservatives would come around, even though party spokesman Kory Teneycke had said the consortium suffered from a "sense of entitlement" and that other suitors would bring "diversity and innovation."

The Liberals and Greens were still interested, but the consortium debate's fate was sealed in July when NDP Leader Thomas Mulcair said he would skip debates that Conservative Leader Stephen Harper didn't attend – a move Green Leader Elizabeth May called "Mulcair's double-cross."

Mr. Teneycke was not immediately available to comment, and the NDP and Liberals campaigns did not answer requests for interviews.

Debates have been held separately by Maclean's magazine, The Globe and Mail, the Munk Debates, Radio-Canada and TVA – all of which were streamed online, but aired only on select TV stations, such as City, CPAC and CHCH.

Holding out hope their pitch could still prevail, the consortium kept up informal discussions with the parties until last week.

"My own personal view is this was baked long before the first conversations with the broadcasters and parties took place," Ms. McGuire said, though she knows of no clear reason why.

The CBC, as the public broadcaster, has also been criticized for refusing to carry the debate feeds other host outlets made available to broadcasters – for free, in The Globe's case. The consortium repeatedly argued it had the advantage of reaching the widest possible audience, as 10.6 million Canadians had tuned in to part of the consortium's 2011 English debate.

Without a national network on board, Maclean's drew 3.8 million total viewers on TV, The Globe attracted 1.9 million and the Munk debate 1.6 million – plus nearly a million combined online views during and after the three broadcasts.

"Our position was that they were being broadcast by our competitors," Ms. McGuire said, speaking only for CBC News. "We had no visibility into either the editorial or production pieces of it, and we weren't a partner."

Executives at CTV and Global were not available to comment. 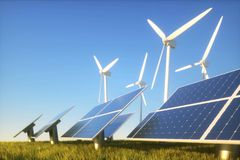 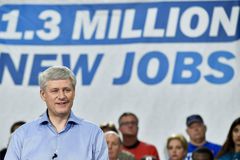 Opinion
Whatever its contents, Mulcair’s against the TPP deal
October 5, 2015 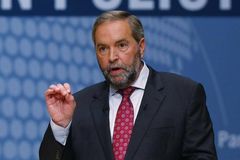