A consumer watchdog says Canada's six largest banks have "insufficient" controls to guard against sales tactics that could mislead clients, turning up pressure to temper a culture that rewards aggressively selling banking products.

A long-awaited report from the Financial Consumer Agency of Canada did not discover evidence of widespread misconduct. But the findings shed light on a "sharp focus on sales" within Canadian banks that makes it more likely employees will missell products or services. FCAC defines "misselling" as failing to reasonably consider a consumer's needs, or using unclear or misleading information to make a sale.

The FCAC report lays out a long list of perceived weaknesses and gaps in the systems that banks use to prevent employees from misrepresenting products or acting unethically. But it doesn't single out any particular bank for criticism.

Rather, FCAC commissioner Lucie Tedesco said the overarching lesson is that there is room to improve across the banking sector. "We didn't find evidence of a widespread problem with misselling or breaches of legislative obligations," she said in an interview.

"What we did find, though, was that these risks existed across all six banks."

Canada's banking regulator, the Office of the Superintendent of Financial Institutions, came to much the same conclusions in a concurrent review. OSFI's findings – shared in confidence with the banks – "are consistent with those identified in the FCAC report," a spokesperson said.

The FCAC report bolsters bank executives' persistent claims that there has not been widespread unethical behaviour inside their institutions. Yet the agency, which reports to the federal minister of finance, is critical of the dominant sales cultures that help banks grow profits. The review found that pressure to sell products, gain financial incentives and be considered for promotion often outweighs more constructive messages from banks' leaders about putting customers' needs first.

Ms. Tedesco acknowledged that banks are in the business of making money. But culturally, banks are "so anchored in sales" that the underlying structures governing sales "didn't really reconcile with what the tone from the top was," she said.

The report also excludes specific allegations of misconduct, but where the FCAC found apparent breaches, it has launched separate investigations and "will take enforcement action where appropriate." Penalties could include fines or other sanctions, but spokespeople for two major banks – Royal Bank of Canada and National Bank of Canada – said they are not currently aware of any specific investigations.

In a joint statement, investor advocacy group FAIR Canada and the Public Interest Advocacy Centre welcomed FCAC's report but were disappointed it "did not detail which banks did what, how many products were involved, how many complaints were involved, or the extent of financial losses to consumers."

As banking has evolved and customers do more day-to-day banking digitally, branches are increasingly tailored to give advice and sell products, and banks are becoming more sophisticated at using data to target offers to customers. FCAC concludes that retail banking "is predominantly focused on selling products and services."

Concerns about improper selling took centre stage in 2016 after a major U.S. bank, Wells Fargo & Co., was found to have opened more than three million fraudulent accounts in pursuit of sales targets. The bank was fined US$185-million and fired thousands of employees.

Although no such egregious conduct has surfaced in Canada, scrutiny of Canadian banks intensified last spring after media reports quoted unnamed current and former staff saying they felt such pressure to meet sales targets that they bent the rules or acted against customers' interests. Some banks launched internal audits and executives soon insisted that employee misconduct was not widespread.

Starting in May, FCAC began its own examination of Canada's six biggest banks: Bank of Montreal; Bank of Nova Scotia; Canadian Imperial Bank of Commerce; National Bank; RBC; and Toronto-Dominion Bank. The agency reviewed 4,500 complaints and more than 100,000 pages of bank documents, visited 30 branches and interviewed more than 600 bank staff, from the most senior management ranks down to front-line branch employees.

Among millions of daily transactions, FCAC found that "banks and their employees generally strive to comply with market conduct obligations." And its report notes that some banks have already begun tweaking sales practices and risk controls.

Yet FCAC found many areas needing improvement. And even as banks have put more emphasis on customer satisfaction and loyalty, "the importance employees place on reaching sales targets and qualifying for incentives may lead them to prioritize sales over consumers' interests."

In a statement, the Canadian Bankers Association said the report's findings, combined with its members' own initiative, "provide a framework for further mitigating sales practices risk."

Neil Parmenter, the CBA's chief executive officer, also defended the banks' conduct. "Canada's banks are client-focused with a deep commitment to high ethical standards and complying with the law when providing products and services to help customers meet their financial goals," he said.

"We welcome feedback from regulators and FCAC's recommendations," an RBC spokesperson said. "However, observations in the report characterize an environment that is not consistent with our experience, our culture and our values."

FCAC will follow up to ensure banks heed its guidance, Ms. Tedesco said, and the agency could also be in line to receive enhanced powers. She plans to boost the resources the agency puts toward supervision and enforcement, and the federal government proposed legislation to "strengthen" FCAC's mandate in its most recent budget.

For now, FCAC report includes six recommendations for banks, including improving oversight of consumer complaints and tightening controls where the risk of misselling is highest.

Performance management programs that can include incentives, scorecards and lofty targets can be part of the problem. Most bank employees are eligible for at least some variable pay, and branch managers told the FCAC "they were unlikely to consider promoting staff who did not achieve satisfactory sales results."

In interviews with FCAC, some employees recounted working for "ambitious middle managers" who were rewarded for cultivating aggressive cultures that value sales volumes more than customer satisfaction. And some said they felt pressured to sell or witnessed misselling when working at other branches or banks.

"Employees might feel some undue pressure to meet those targets, and that might impact their behaviour," Ms. Tedesco said.

The report also found certain jobs and products are more susceptible to misselling. For instance, mobile mortgage specialists work entirely on commission with lighter supervision when they visit clients. Also singled out are cross-selling of products, pitches for creditor insurance and the use of third-party sellers.

From a governance standpoint, FCAC found that compliance reports to boards of directors "lack adequate detail on sales practices risk" and rarely analyze the root causes of misconduct.

Banks already have robust protocols for governing risks to credit and liquidity. "What we're asking them is to put the same rigour into managing and monitoring their sales practices risk and their market conduct risk," Ms. Tedesco said. 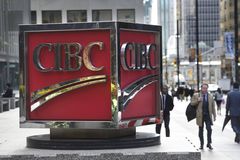