If you want to gauge the extent of today's passion for technology investing, just start counting unicorns. Two years ago, when venture capitalist Aileen Lee first used the mythical beast as a synonym for high-flying young tech companies valued at $1-billion (U.S.) or more, she did so to stress the rarity of big success stories in the sector. She could count only 39 enterprises started up over the previous decade that had broken the 10-figure barrier.

By contrast, today's unicorns roam in packs. There are at least 122 of them, according to research firm CB Insights, and that's using a definition that restricts the term only to companies that are still private.

Among the current unicorns are powerhouses such as Uber, Snapchat and Airbnb that already dominate their niches.

It's easy to understand why ordinary investors are salivating at the prospect of grabbing a piece of such companies when they decide to go public–probably over the next year or two. Past unicorns like Facebook and Google produced huge profits for those who bought them soon after their initial public offerings. Among the herd of unicorns now on the cusp of entering the public market, there's sure to be at least a couple of similar success stories.

The problem is figuring out which ones they might be. Some recent high-profile unicorns, like Twitter and Box, are now encountering problems, and the current profusion of unicorns is raising fears that investors are becoming less discriminating in their hunt for big pay days. Earlier this year, well-known tech investor Bill Gurley spoke of a "complete absence of fear" in Silicon Valley, leading him to foresee some "dead unicorns." Around the same time, Michael Moritz, chairm an of venture capitalist Sequoia Capital, acknowledged "there are a considerable number of unicorns that will become extinct."

Investors wading into the hype need to approach unicorns with caution. Here are three tips that can help:

In the fever to buy into a unicorn's initial public offering, it's easy to forget many hot companies stumble in the early going. Facebook plunged in value a few months after its IPO, before staggering to a spectacular recovery. GoPro's share price has also been all over the map since it went public last year.

"An IPO is almost the height of maximum hype," says Tom Liston, executive vice-president at Difference Capital. "Expectations are sky-high, and it's impossible to meet that. The general advice would be to wait. Most of the time, you can buy these stocks six or nine months later at better valuations."

Thankfully, today's enthusiasm for technology names s till falls short of the euphoria that surrounded the dot-com bubble in the late 1990s. Still, some observers see disturbing parallels.

Just as investors in the 1990s were willing to pour money into com panies that had yet to produce profits, many of today's unicorn fans are willing to overlook the absence of earnings.

Twitter is one example of a profitless former unicorn.

Another is Canada's own Shopify, which went public in May at a valuation of about $2-billion despite the company's own warning that "we have a history of losses and we may be unable to achieve profit ability."

One simple way to focus your investing is to consider only unicorns that already have profits, says Robert Mendel, a director and portfolio manager at Richardson GMP. "The ones that will survive down the road are the ones that have earnings."

Even better, of course, are situations where those profits come at a reasonable price. No matter how sizzling a company's growth prospects may look, it's pretty hard to make money if you have paid too much to get in. "Whoever buys these IPOs at 100 times earnings and holds for the long run, they're asking for big trouble," Mendel says.

As important as they are, earnings alone can be deceptive.

You should also search for companies that have sustainable business advantages–moats–that can repel future competition. "It's hard to see five Airbnbs," Liston says. "And it looks like Uber is going to be dominant for years to come."

But not every unicorn is so well-positioned. Consider Veeva Systems Inc., which went public in October, 2013, with great fanfare. The company, which provides cloud-based software to the biopharmaceutical industry, twice raised its IPO price and began trading with a $2.4-billion (U.S.) market value. A week later, it was worth $5.4-billion.

"They were in a sexy sector," says Jerome Hass, portfolio manager at hedge fund Lightwater Partners in Toronto. "And it was due to be one of the cloud companies that actually had profit."

Those who looked closer, like Hass, spotted problems–notably, the lack of any moat around the company's business. Veeva's product was largely a customization of Salesforce.com's cloud-based infrastructure, Hass said. And within months of the IPO, Salesforce announced plans to expand in the life sciences market, which some investors interpreted as a direct competitive threat to Veeva's business. Veeva's stock swooned, falling from over $40 (U.S.) in October to $18.23 in May.

It has since bounced back to the $28 range, but Hass is maintaining a short position on the stock. "We still think their business model is vulnerable," he s ays. "It's not going to end well for Veeva."

WANT TO BUY A UNICORN?

There's no telling exactly when today's most-followed unicorns will go public, but private investors are already putting eye-popping valuations on them.

Read this month's edition of Globe Investor magazine, featured in the Report on Business

Editor's note: This article has been clarified to include further attribution of some statements to Jerome Hass.

This stock may not be sexy, but it can produce steady growth
August 27, 2015 How Twitter can put some bounce back into its stock
August 27, 2015 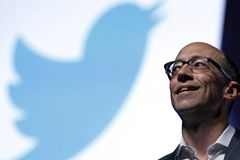 Faceoff: GoPro takes things to extremes. So does its stock
August 27, 2015 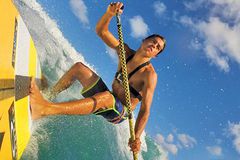 UrtheCast is a high-risk bet on the appeal of satellite images
August 28, 2015
Beast mode investing: How to discover the 'gorilla' stocks
August 27, 2015 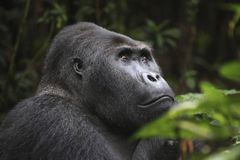