The Joe Fresh fashion line at grocery giant Loblaw Cos. Ltd. is entering a critical new era without its chief creator and namesake, Joe Mimran, raising questions about how its global expansion plans will play out.

Mr. Mimran, the design guru who started Joe Fresh at Loblaw in 2006, is leaving the company this week. He is being replaced as creative director by Mario Grauso, who was hired in 2013 as chief operating officer of the cheap-chic line and later promoted to president in what appears to be a smooth succession process.

Mr. Mimran was instrumental in developing Joe Fresh into an estimated $1-billion-a-year clothing and beauty line and one of the country's top fashion brands. But Loblaw is now betting on an international expansion of Joe Fresh, putting pressure on the Brampton, Ont.-based company to make a go of what so far has been a struggle in the key U.S. market.

"This is really a watershed moment for the brand outside the Canadian market," said Joe Jackman of retail consultancy Jackman Reinvents and a former Loblaw executive who helped to launch Joe Fresh. "I don't hear that there's real brand momentum in the U.S., and that's a tough market to crack."

Last year, Joe Fresh began to open stores with local partners in South Korea and Saudi Arabia. It has plans for a 15th international outlet in April, and a total of 140 stores in 23 countries in the next four years.

But there are signs its efforts to build the brand in the United States have been disappointing. Joe Fresh made its debut in almost 700 J.C. Penney department stores in early 2013, but was cut back to 200 stores amid troubles at the U.S. retailer. It also runs six standalone Joe Fresh outlets in the New York area.

Without Mr. Mimran at the helm, Joe Fresh will count heavily on the talent left in the group, said Luke Sklar, founder of market researcher Sklar Wilton & Associates. "Nobody is irreplaceable," he said. "But absolutely there is risk."

Even so, Joe Fresh is a tiny part of Loblaw's overall business, which generates more than $42.6-billion in annual sales following its acquisition of Shoppers Drug Mart last year. Now that the company is embarking on a global expansion, it is looking to Mr. Grauso, who previously headed fashion label Vera Wang, and has the experience of building a brand outside of Canada.

Joe Fresh "is a business that needs a different set of hands at the wheel for where it's going and where they want to take it," said Kenric Tyghe, retail analyst at Raymond James. "There's no incremental value to having Joe as a figurehead there when they can have his self-appointed successor there. I think Joe is just ready to move on."

Loblaw spokesman Kevin Groh said the U.S. experience is giving it "a sense of how to refine the business for future and global growth."

The company's global push came after Loblaw's image suffered following the 2013 collapse of a factory in Bangladesh that produced clothing for Joe Fresh; more than 1,100 workers died. Mr. Groh said Loblaw now has people on the ground in Bangladesh to visit factories and enforce new standards.

In its domestic business, Shoppers, which is adding more Loblaw groceries to its stores, will introduce Joe Fresh beauty items in the spring of 2016, Mr. Groh said. Observers say Shoppers is considering stocking other Joe Fresh products, such as underwear and baby clothing. Loblaw is teaming with Aldo Group to make Joe Fresh footwear, which will be rolled out next year, Mr. Groh said.

He said Mr. Mimran hand-picked his successor 18 months ago, and the two have worked together to hire new management to oversee e-commerce and global expansion. He said Mr. Mimran will be an informal "ambassador and a touchstone to make sure the brand stays true to his founding principles."

Mr. Mimran will help his wife, fashion designer Kimberley Newport-Mimran, with her upscale Pink Tartan line, while focusing on his art collection and spending time with his family, said Sol Nayman, former business partner of Mr. Mimran's when he co-founded retailer Club Monaco in 1985.

"It's not the last you've heard from Joe Mimran," said Fred Waks, chief executive officer of Trinity Development Group Inc., a shopping centre landlord. "He's reinvented himself many times and he's got tremendous style and understanding of that business." 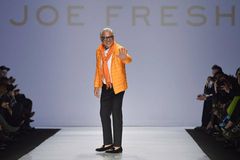 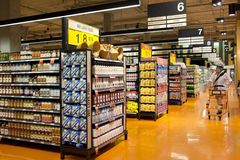 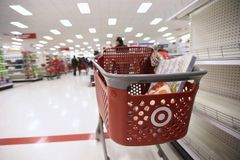 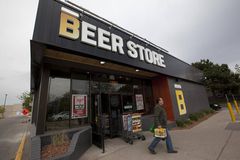 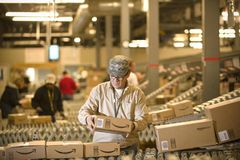