In a forceful and unusual statement delivered in the middle of a public hearing, the chairman of Canada's telecom regulator called on governments as well as the telecom industry itself to contribute to the development of a "coherent national broadband strategy."

Expressing disappointment that Internet access and affordability received little attention in the country's fall election, Jean-Pierre Blais, chairman of the Canadian Radio-television and Telecommunications Commission (CRTC), noted that funding announced in the Liberals' recent budget "doesn't appear to be tied to a clear policy on broadband and its deployment in Canada."

The regulator struck an urgent tone in his remarks Monday, the beginning of the second week of the commission's three-week review of "basic telecom services," arguing that presentations by representatives from remote and northern communities and consumer and anti-poverty groups made it clear that broadband is "vital" to Canadians.

"Unless you disagree with this conclusion, let us not spend more hearing time on this self-evident truth. We have other, more important things to focus on," Mr. Blais said in a midday speech ahead of an appearance from Telus Corp. executives. Now, he said, the crucial question is: "Does Canada currently have a national broadband strategy?"

"While the CRTC may be taking some leadership on defining the strategy, it will not be alone implementing and financing it. The important part of the discussion over the remaining days will be to understand the role of various players: citizens, governments, industry and the CRTC," Mr. Blais said.

The federal government has said little about how it plans to approach the issue since taking power, although it pledged $500-million over five years in the budget to support rural broadband expansion.

The ministry of Innovation, Science and Economic Development Canada declined to make Minister Navdeep Bains available to respond to the regulator's comments, saying "it would not be appropriate for us to comment specifically on an active CRTC hearing."

"The government understands the need for accessible, reliable, and affordable high-speed Internet so Canadians can fully participate in the digital economy. … Details on this new [funding] will be available in the coming months," spokesperson Hans Parmar said in an e-mail.

Mr. Blais appeared to be personally affected by the presentations so far, noting that he spent the weekend reflecting on some of the "particularly striking" evidence the CRTC had heard, which included a number of individuals speaking about their own struggles due to having limited or no access to high-speed Internet.

Without an integrated approach, he said, "just throwing money at a problem … is like pouring money into sand. It quickly dissipates, provides little real growth or measurable results, and is simply not sustainable."

"It strikes me that this proceeding, launched over 12 months ago, may very well be the last best chance to get it right – a chance to create, together, a coherent national broadband strategy through an open and transparent process based on evidence from all Canadians, achieved, to the extent possible, through consensus and implemented through shared responsibility," Mr. Blais said.

While the commission has not drawn any conclusions, Mr. Blais said his remarks were meant to "reframe where we will be putting our priorities over the next few weeks."

CRTC commissioner Candice Molnar later told a 10-member panel of executives from Telus: "We're looking for concrete directions as to what's the best way to address [gaps in broadband service]."

Others major industry players, including Rogers Communications Inc. and BCE Inc. will make in-person presentations at the commission's Gatineau headquarters later this week and next.

Many parties last week asked the commission to establish new, industry-supported funds to help address issues of affordability for low-income households and also to deploy high-speed Internet in hard-to-serve areas. Yet, that could lead to an increase in the telecom bills of other Canadians.

The chairman's remarks on Monday highlight the challenge the CRTC faces in making decisions on whether to expand industry-based funding in the absence of a clear idea of what government resources might also be available and how they could work together with the regulator.

He noted on Monday that during the recent federal election, broadband deployment and the idea of a co-ordinated, country-wide strategy "got very little if any attention in the platforms of the major national political parties. Pity." 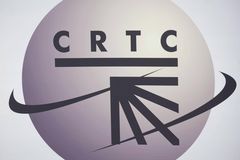