Canada's broadcast regulator is set on putting viewers in the driver's seat like never before by aggressively unbundling television subscriptions, even as critics warn that may not be what's best for a healthy TV ecosystem.

Jean-Pierre Blais, the federal regulator's chairman, made that clear on March 12 when he said in a speech that, "while content remains king, the incontestable truth is that the viewer is Emperor."

Since late January, under the direction of Mr. Blais, the Canadian Radio-television and Telecommunications Commission (CRTC) has unveiled three major decisions stemming from Let's Talk TV, an 18-month review of television industry rules. The most recent, on Thursday, was nakedly "viewer-centric," in Mr. Blais's words, promising subscribers a slimmed down basic cable or satellite option and the ability to choose only the channels they want to add to it.

Two earlier rulings, which relaxed Canadian content quotas and opened the door to American Super Bowl ads, also skewed in favour of viewer preferences, over protestations – and a court challenge – from industry players that stand to lose millions of dollars as a result.

And that has led some to suggest the CRTC is subtly shifting the way it regulates to be less protectionist, putting customer satisfaction ahead of the interests of broadcasters and distributors, even when it puts jobs and channels at risk."They seem to be changing their mission from a steward of Canadian content and the steward of the Canadian broadcasting system to some sort of consumer advocate," said Mark Sherman, CEO of the media buying and planning agency Media Experts.

Throughout the Let's Talk TV process, Canadian Heritage Minister Shelly Glover repeatedly called for a pick-and-pay option. "We look forward to the upcoming decision on unbundling, as we promised to do in our Speech from the Throne," Ms. Glover said in a recent statement.

On Thursday, Mr. Blais brushed aside the notion that the CRTC's emphasis on viewer choice has been politically driven, pointing to a June, 2013, speech in which he urged a shift "from constraint to choice," months before the same sentiment wound up in the Throne Speech.

"I suspect the government and other political parties probably heard what we heard – that there was a frustration with how the broadcasting system was serving [viewers'] needs," he said. Even if the government hadn't made pick-and-pay a priority, and repeated its desires throughout the Let's Talk TV hearing, "I think we'd be at the same place today," he added.

After many months of signals, a move to begin unbundling channels was widely expected, but the breadth of the decision still surprised some experts. Adam Shine, an analyst at National Bank Financial Inc., "thought that it would be highly unlikely" the CRTC would force pick-and-pay onto every channel above basic, as it has, with so many in the industry pushing hard for a more cautious approach.

"The regulator continues to bow to the emperor while acknowledging the proliferation of content through different channels, ongoing technological innovation and the evolving habits of consumers who are increasingly seeking to get content exactly how, when, and where they want it," Mr. Shine wrote in a research note.

The largest companies, which predicted pick-and-pay would have dire consequences across the industry at the hearing last fall, have softened their stances. Rogers Communications Inc. and Shaw Communications Inc. said they welcome the CRTC's decision, even as analysts agreed the companies' average revenue per user will likely suffer. (BCE Inc., which owns 15 per cent of The Globe and Mail, declined to comment.)

Mr. Blais insists the CRTC's legislative mandate "hasn't changed," and affordability is written into the Broadcasting Act. Rather, he sees the regulator's drive to satisfy consumers as a necessity if the broadcasting system doesn't want to be washed away by a wave of digital video.

"What's different … is that the environment, both the technological environment and how people have chosen to interact with it on the various platforms, has changed the effectiveness of regulatory frameworks that we have used in the past," Mr. Blais said. "Yes, we do care about Canadian content, and making sure Canadians have Canadian choices like we always have. The tools have changed."

Still, Canada is going all-in on unbundling at a time when the United States continues to resist pick-and-pay. Companies such as Viacom Inc., Walt Disney Co. and NBCUniversal Inc. have strongly opposed pulling apart larger channel packages, and some even threatened to pull out of Canada if the CRTC introduced a full pick-and-pay system.

"We might now have the most flexible à la carte regime of any comparable country in the world," said Kaan Yigit, president of Solutions Research Group. "Certainly in the U.S., the idea of à la carte like this is definitely something they are worried about as if it's a nasty virus that may jump south of the border."

Viacom, in particular, told the CRTC in a Let's Talk TV submission that if regulations on traditional TV became too burdensome, it was "seriously considering" pulling its channels and distributing them instead through online streaming services, which remain almost unregulated.

U.S. networks are increasingly going that route. For $20 (U.S.) a month, Sling TV lets American viewers stream 16 channels live online, including the popular networks ESPN, CNN, AMC and the Disney Channel. And HBO will soon launch its own standalone online offering, partnered with Apple, which may in turn build a TV-streaming service, according to reports.

Another key question, on both sides of the border, is whether the new pick-and-pay options, which must be in place by the end of 2016, are arriving in time to stop subscribers from "cord-cutting" – ditching cable or satellite TV altogether – or whether it even matters if they do.

Mr. Blais dismissed the U.S. networks' threats to leave Canada as "posturing" and "doomsday scenarios." But he also questioned whether "people wanting to see content on different platforms is necessarily a bad thing."

Cord-cutting is still in its infancy. Traditional TV is still in 11.5 million of Canada's 14 million households, as of early this year. And a 2014 survey by Charlton Strategic Research Inc. showed that while 8 per cent of respondents said they intended to cut their cords, only about 2 per cent actually did.

"The challenge for the industry at the moment is with the millennials, the 18-to-24-year-olds who have never subscribed before," said Gord Hendren, Charlton's president. "This [pick-and-pay decision] might give them an interesting option."

Opinion
We won more choice in TV – and that will mean more regulation
March 20, 2015 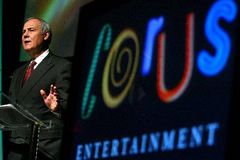 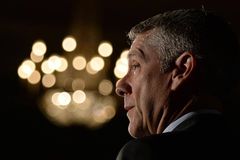