Internet access provides a crucial link to the rest of the world for residents of Canada's North, but delivering high-speed services remains "extremely costly and difficult," the country's telecom regulator heard during the first day of a three-week hearing on "basic telecom services."

The Canadian Radio-television and Telecommunications Commission (CRTC) kicked off its review of basic telecom services at its Gatineau headquarters on Monday, beginning with representatives of the Yukon government followed by the Kativik Regional Government, and the First Mile Connectivity Consortium (FMCC), a non-profit group of First Nation service providers.

The commission heard that residents must pay high costs for unbearably slow speeds and frequently bump up against monthly data caps owing to capacity constraints.

Meanwhile, those who operate broadband services in the North face unpredictable government funding programs and the challenge of securing reliable "transport" facilities that connect remote communities to the broader Internet. "Telecommunications in the Far North is a vital link to the world. For us, it is the difference between being remote and being isolated. But like all infrastructure in the Arctic, it remains fragile, extremely costly and difficult to operate," said Jean-François Dumoulin, a representative of the Kativik Regional Government.

The regional government is responsible for the delivery of public services, including Internet, in Nunavik, an area in northern Quebec that covers about 500,000 square kilometres with a population of 12,000 citizens, 90 per cent of whom are Inuit.

Mr. Dumoulin said that targeted government funding programs to expand broadband access can be problematic because, while they typically address capital investment costs, they do not cover continuing operating expenses, which can be prohibitively expensive in the North, where technicians must be flown around the hard-to-cover region, rather than simply driving trucks.

Government money is also unreliable, he said, noting that before the federal government announced its current $305-million Connecting Canadians broadband funding program in 2014, "we had no indication that there would be any additional targeted initiatives and we feared we would have to shut down our broadband service."

While almost all city dwellers have ready access to download speeds of more than 30 megabits per second (Mbps), the customers the Kativik Regional Government serves today contend with top speeds of just 1.5 Mbps, with an upgrade program aiming to make speeds of three Mpbs available later this year. Mr. Dumoulin noted that a monthly plan with a bandwidth cap of 45 gigabytes costs $80. "So, significantly higher than what you would pay down south."

To put those speeds into context, the CRTC says it takes average speeds of one Mbps to stream low-quality programming on Netflix. Streaming high-quality videos on platforms like such as Netflix and YouTube requires download speeds of more than five Mbps.

While those examples focus on the bare minimum necessary to stream entertainment services, slow speeds also make it difficult to download files or send documents and photos.

Nunavik also faces difficulties owing to housing shortages, Mr. Dumoulin said, with an estimated 50 per cent of the population living in overcrowded homes. This leads to increased demand on a household's broadband connection, slowing down speeds and quickly eating up monthly bandwidth capacity, he said, noting "Typically, you'll have one account and you'll have eight, 10, 12 people working off of it."

In its last review of basic services in 2011, the CRTC set a target of download speeds of five Mbps that it expected to be available across the country by the end of 2015. (As of the end of 2014, such speeds were available to 96 per cent of Canadian households, leaving a significant 4 per cent still underserved.) One of the central issues of the current hearing – which is about the baseline services all Canadians should be able to expect – is whether broadband Internet should now be included in the definition of "basic telecom services," and what industry funding obligations, if any, should flow from that.

The three groups all argue that broadband should be included in that definition and that the CRTC should implement new subsidy programs based on telecom industry revenue to help fund the expansion of broadband in Northern communities.

They also emphasize the importance of local communities owning and controlling their own telecom infrastructure. For example, the FMCC is proposing a Northern Infrastructure and Services Fund (NISF) that would support community-owned regional and local networks.

"Indigenous people should retain control. They should not simply hand over their assets – including their revenue, their rights of way, or their political support – for the privilege of becoming customers," said Rob McMahon, an assistant professor at the University of Alberta and FMCC co-ordinator.

The CRTC expects to hear from 90 intervenors over the next three weeks, from individuals and academics, municipalities and regional governments to public interest groups and Canada's largest telecom companies.

As the proceeding kicked off on Monday, CRTC chairman Jean-Pierre Blais emphasized that the commission will not confuse "wants" with "needs," suggesting that the regulator would be hard-pressed to order a sprawling expansion of the definition of basic services without adequate evidence on the record to support it.

"Some parties have said that broadband is a fundamental human right. Addressing such a statement goes well beyond our legislative mandate," he said, going off script from the prepared remarks the commission distributed in writing. "The CRTC does plan, however, to use this hearing to determine what level of telecommunications services could be deemed to be 'basic services.'" Basic services that Canadians should, reasonably, be expected and able to receive." 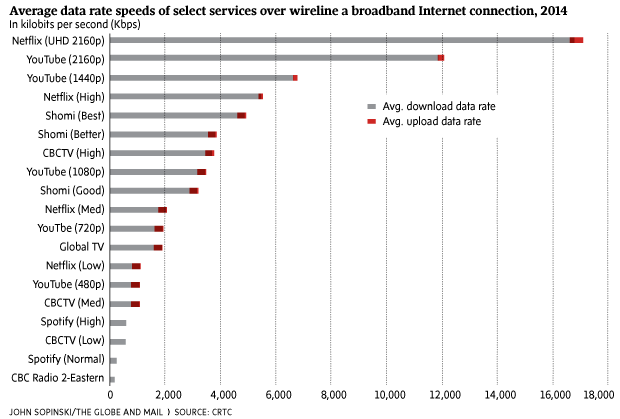 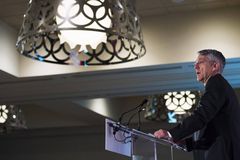