The apps have become controversial because, for a fee of $5 per month, viewers can use their smartphone or tablet to watch up to 10 hours per month of content from a selection of dozens of Canadian TV stations with no impact on their wireless data caps. On the other hand, if they use a service like Netflix Inc. to stream 10 hours of many of the same shows, they run the risk of incurring significant charges for exceeding monthly data caps.

"The main point here is: How can you favour some data over another? And that, at its core, is a question of net neutrality," said Gregory Taylor, a researcher at Ryerson University in Toronto.

Net neutrality is the idea that telecom providers should be agnostic when it comes to what they deliver over their networks and not give any type of preference to their own content.

There is growing concern in Canada and the United States that not charging for, or discounting, the data used for some services violates this principle.

In a list of between 17 and 20 questions to each company, the commission requests more detail on items such as how many subscribers the services have, how much data they tend to use, and how exactly the content is delivered.

In one question, the commission points out that the carriers all reserve the right in their terms of service to use so-called traffic management practices to slow down speeds in cases of excessive data use. The CRTC asks them to explain why, at the same time, they would encourage customers to use data through mobile TV apps, something the carriers have said can help people adjust to consuming video on mobile devices.

Some of the CRTC's questions are targeted at the very nature of the service the apps offer as different considerations could apply if they are ultimately deemed to be broadcasting undertakings or fall under the telecommunications rules, Mr. Taylor said.

"The CRTC doesn't seem to be going lightly on it at all," he said, noting that the application touches on a number of complicated issues and, "opens the door to some big picture questions."

The commission already collected responses to one set of questions in April and received reply submissions from all parties in May. Mr. Taylor says this latest round of questions shows the CRTC is "taking this seriously."

The carriers have already argued in the proceeding that use of Netflix and YouTube is growing exponentially despite mobile TV options. This is evidence, they say, that the television apps are not harming competitor services.

"Bell Mobile TV is a next-generation wireless service that's increasingly popular with Canadian consumers, and it operates in compliance with all regulatory rules," BCE spokesman Mark Langton said Monday, noting that the service had 1.5 million subscribers as of the second quarter of 2014. "We're concerned that applications like this only serve to stifle mobile innovation."

Jennifer Kett, a spokeswoman for Rogers, said mobile television is "still in early days in Canada," and, "the $5 [Rogers Anyplace] TV offer was designed to reflect that and encourage Canadians to use their mobile devices to consume more video content."

In regard to the CRTC's traffic management question, Ms. Kett said Rogers does not differentiate its mobile TV app traffic from other Internet traffic on its wireless network and the policy is designed for, "an exceptional event that could require us to manage traffic like spam, viruses or other security threat."

Videotron did not respond to a request for comment Monday. 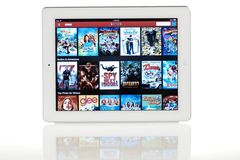 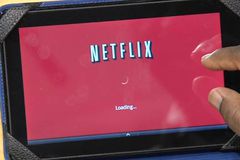 Apple’s next hardware will move beyond phones and tablets
June 5, 2014 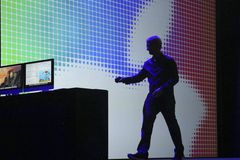