The federal broadcast regulator is reshuffling support for local television, promising up to $90-million in existing annual funding could be shifted to support local news programs, many of which are suffering from dramatic shifts in the media landscape.

But to get their share, the largest companies will have to keep all their stations open.

A new framework released on Wednesday by the Canadian Radio-television and Telecommunications Commission (CRTC) is designed to keep current levels of local news programming on air as local broadcasters endure steep declines in advertising revenue and the threat of stations going out of business.

The CRTC's review of local and community TV, which launched last September, was always going to be a zero-sum game. The regulator has insisted from the start that "there is sufficient funding within the broadcasting system" to sustain quality local programming. The new policy will shift more of those dollars to the creation of local news programs, mostly at the expense of public-access community channels.

"The commission did not feel that with all that money involved in the system that it made any sense to require even more, because it always comes from the same pocket" – namely, TV subscribers and taxpayers, CRTC chairman Jean-Pierre Blais said in an interview. "So it is a re-balancing of where the money should be going."

Yet there is concern the help is not coming fast enough, because the major changes will not take effect until Sept. 1, 2017. "There is certainly good news. We would prefer, perhaps, to have had the good news sooner than later," said Cal Millar, president of Channel Zero Inc., which owns Hamilton's CHCH-TV. "The financial realities, frankly, they're every day. They're not waiting a year and a half to be resolved."

Local TV stations have been bleeding red in recent years. According to CRTC figures, combined revenue from local news on those stations fell from $297-million in 2012-13 to $266-million in 2014-15, while expenditures increased slightly to $348-million.

At the CRTC's direction, Canadian TV providers contribute 5 per cent of their annual revenue to multiple funds that support a variety of Canadian programming, and that will continue. At an eight-day hearing in January, much of the discussion revolved around how to re-balance the way those funds are distributed among local news, small-market programming and community TV stations.

About $156-million flows to community programming on channels such as CogecoTV, EastLink Television and Rogers TV, which feature a mix of local sports, community-service programs and talk shows. In the fall of 2017, a large slice of that will be shifted to new funds supporting local news on stations such as the CTV affiliates, or CHCH-TV.

About $23-million – or 0.3 per cent of TV providers' annual revenue – will be earmarked for independent stations across the country, and divided based on a formula that looks at how much local news each station produces and airs. But little is offered in the way of short-term relief for struggling stations.

"From the perspective of the urgency and plight of the smallest of the small broadcasters, I would say this decision falls well short of the mark," said Peter Miller, a communications lawyer who has done work for the Small Market Independent Television Stations Coalition. "The largest players, who have the least need for subsidy, will receive the most."

Large vertically integrated companies such as BCE Inc. and Rogers Communications Inc. – which are TV distributors but also own broadcasters such as CTV and the City network, respectively – will be able to access up to $67-million to spend on local news programs, but will have to decide how to divide it between their local and community stations. And to be allowed to dip into community funds to pay for local news, vertically integrated companies will have to keep all of their local TV stations open.

"We're saying that if you want to benefit from this flexibility, it comes at a cost," Mr. Blais said. "There's no blank cheques in regulatory circles."

A BCE spokesperson called the new framework "a positive step," while a spokesperson for Rogers said the company is "optimistic this decision will help sustain newscasts."

Even so, Mr. Blais acknowledges that some stations may still shut down under pressure from a changing industry. "I think it's very dangerous for the commission to bend over backward and skew economics of running a business because we fear some will go dark," he said.

Community stations are likely to suffer the most as large swaths of their existing funding are moved over to pay for local news. To safeguard community programming, the CRTC will tighten current rules to ensure more money is spent on-screen and less on overhead costs. And the commission believes some community outlets can make do with less money, as websites such as YouTube have created new ways for communities to get their stories out.

"There was, over time, more and more money being pumped into the community channel, and yet when we asked Canadians what they valued in their television, it's local television, particularly local news," Mr. Blais said. "There was almost a weird regulatory system where more money was being put in something that was a lesser priority for Canadians."

Some media companies took a substantial hit when the CRTC phased out the Local Programming Improvement Fund, or LPIF, which was created in the recession in 2008 to prop up local TV. The fund distributed $106-million to 80 local stations in 2011, but the CRTC gradually turned off the tap, closing it in the fall of 2014.

Looking back, Mr. Blais said he believes the LPIF encouraged "a lot of local programming, but maybe not news programming."

Some local stations have been floundering. Last December, Channel Zero pushed the company that employed CHCH-TV's staff into bankruptcy, laying off all 129 full-time and 38 part-time employees, then offered to hire 71 people back in similar roles. The channel now airs 17.5 hours of weekly programming, down from 80 hours.

Last year, Rogers Media slashed 110 jobs from its broadcasting operations, and the company cut another 200 jobs across its media properties earlier this year. Bell Media, a division of BCE, also shed more than 400 jobs starting last fall, including some from its TV operations.

The new rules are expected to favour some broadcasters over others, but Mr. Blais – who has often stressed the importance of giving consumers control – said the main goal was keeping local news on TV.

"I think the winners in this equation are Canadians who say they value local news, and we are taking action to maintain it," Mr. Blais said. 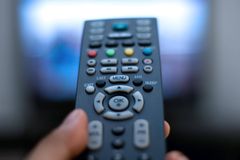 CRTC should be phased out as telecom czar, Bernier says
June 7, 2016 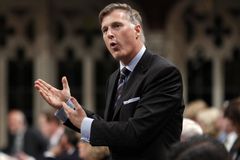 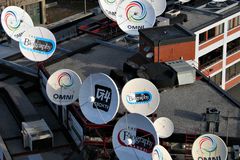