Faced with a challenge to its authority from Netflix Inc. and Google Inc., Canada's broadcast regulator has reacted by striking the two companies' evidence from a major public hearing, seeking to reassert its powers over companies that broadcast in the country.

At a major hearing on the future of television earlier this month, the Canadian Radio-television and Telecommunications Commission (CRTC) ordered Neflix and Google to hand over information in confidence about viewership and Canadian activity on their video-streaming sites. The two companies refused and questioned the CRTC's jurisdiction, setting up a power struggle.

On Monday, the CRTC scolded Netflix and Google in letters from secretary-general John Traversy, which note that declining requests for information at a public hearing "is a serious matter." Large corporations "cannot unilaterally decide which part of the evidence-gathering proceeding they want to participate in," the letter says, whether they are based in Canada or not.

To prove its point, the commission will remove the submissions and oral arguments from Netflix and Google from the public record, and the hearing's panel "will reach its conclusions based on the remaining evidence on the record."

The decision effectively expels Netflix and Google from Let's Talk TV, a sweeping hearing that could reshape Canada's television landscape where some groups argued Netflix and its Canadian content should be regulated. And it gives the CRTC a way to settle its dispute with the online giants without a protracted court battle.

But it also serves as a warning shot across the bow of any other company that might consider testing the CRTC's authority by refusing to hand over data.

"What we're saying is anybody who operates in Canada is subjected to our rules. If you don't comply with our rules, you face the risk of your evidence being removed from the record," CRTC spokesman Denis Carmel said.

In the letter addressed to Netflix, the CRTC says it ordered the data – such as Netflix's Canadian subscriber numbers, and how much it invests in Canadian productions – to understand the streaming site's role and popularity, and to test the company's assertions that Canadian content is "thriving" on the platform.

"The commission cannot carry out its duties based on mere anecdotal information," the letter says.

But the two American companies show no sign of budging.

"We stand by the submissions we made in this process and believe we made a positive contribution to the discussion," a Google spokesperson said in an e-mail.

But in a Sept. 22 letter to the CRTC, the company said the regulator's orders "are not applicable to Netflix," which has between 3.5 million and four million Canadian subscribers but no staff or offices in the country. The company claimed it provided some information "voluntarily" but was not acknowledging the jurisdiction of the CRTC or Canadian laws.

Faced with such a rebuke to its authority, the CRTC crafted a response to get the attention of domestic companies as well, Mr. Carmel said. An unrelated hearing into wireless roaming rates began on Monday in Gatineau, and earlier this summer, BCE Inc. and Telus Corp. hesitated to make public some information on roaming, tower and site sharing that the CRTC ordered released. (BCE owns 15 per cent of The Globe and Mail).

The companies yielded, but not without delays. The CRTC's letters, sent to Netflix and Google on day one of the wireless hearings, were "also a message to the parties there," Mr. Carmel said.

The Let's Talk TV hearing is intended to give viewers more choice in picking their TV service, and will decide a range of issues such as whether to unbundle packages of channels to be sold one by one, whether local stations will still available for free over the air, and how much Canadian content broadcasters must air.

Google and Netflix are essentially exempt from such rules, and argued at the hearing that any attempt to regulate them would only stifle their ability to give viewers the programming they want.

Netflix says it will not turn over subscriber data to CRTC
May 12, 2018 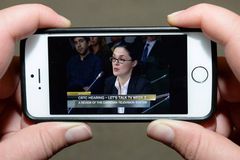 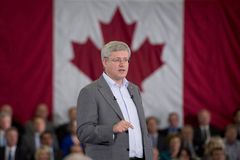 CRTC hearings are not just about pick-and-pay channels
May 12, 2018 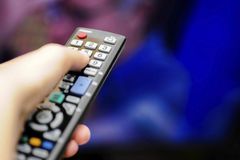 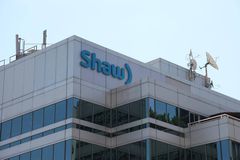 How Netflix and Canada’s broadcast regulator arrived at a deadlock
May 12, 2018 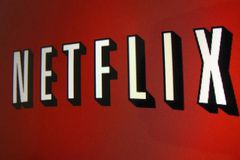