Canada's telecom regulator says it will consult on new ways to make cellular services more affordable, but stopped short of mandating a model that would have forced large wireless companies to resell network access to startup carriers that don't build their own networks.

The Canadian Radio-television and Telecommunications Commission (CRTC) announced Thursday it will not change the rules to let providers who offer discount services – using WiFi as their primary networks – roam on the networks of Canada's established carriers at regulated rates.

The decision, which came in response to a government order to reconsider a ruling on roaming access the regulator made a year ago, means that companies that do not build their own wireless networks cannot resell cellular service unless they can negotiate network access. To date, Canada's national carriers – Rogers Communications Inc., Telus Corp. and BCE Inc. – have been unwilling to negotiate wireless reselling agreements on any broad basis. They argue being forced to open up their networks to players who don't build their own would discourage investment in communications infrastructure.

Instead, the CRTC has ordered the Big Three carriers to provide proposals for lower-cost, data-only plans (which would not include voice calling services) by April 23. CRTC Chairman Ian Scott told reporters Thursday this is a "superior alternative" to allowing WiFi-based providers to access roaming services, saying there would have been many complicated details to work out in such an approach.

"[The low-cost data plans] will be available nationally and quickly. It would have taken considerably more time to amend the existing framework – perhaps as much as 18 to 20 months – to enable the WiFi/roaming approach. Whereas this can be done in a matter of months and I expect them to be in place in this calendar year certainly."

The CRTC on Thursday also set new, lower prices for wholesale roaming for regional carriers – such as Freedom Mobile, which operates in British Columbia, Alberta and Ontario, and Videotron, based in Quebec – which do have their own networks but must access the national carrier's networks when their customers travel.

The commission also said it will kick off a thorough review of the overall framework of wholesale wireless services. That framework was last reviewed in 2015 and at the time the CRTC said it would not mandate roaming access for MVNOs (mobile virtual network operators) who do not build their own networks. Mr. Scott said the CRTC will now begin the next review earlier than planned.

Thursday's rulings came as a disappointment to some, such as University of Ottawa law professor Michael Geist who characterized it on Twitter as a win for major carriers. "Mandated MVNO via CRTC years away, if ever. Low cost data-only plans may assist some on affordability but won't address broader pricing concerns. In short, the Commission won't do much on wireless competition. Over to you [Navdeep Bains]," he said referencing the Minister of Innovation who sparked the CRTC's review of the WiFi-first model last June.

At the time, Mr. Bains ordered the commission to reconsider a decision from a year ago on how smaller wireless companies can access roaming services. He directed the CRTC to revisit that decision and consider whether a "WiFi-first" model could offer customers more affordable options while respecting the goal of encouraging network builders to invest in communications infrastructure.

In an interview Thursday, Mr. Bains called the CRTC decision to force BCE, Telus and Rogers to offer low-cost data plans "a step in the right direction in the sense that the CRTC recognizes the issue around affordability."

"More can and will be done from my perspective. I firmly believe that true affordability can only be achieved by having true competition," Mr. Bains said. "We, as a government, will continue to focus on driving competition and lower prices for consumers because we pay some of the highest rates in the world and that has to change."

Internet advocacy group OpenMedia denounced the ruling, with digital rights advocate Katy Anderson calling it "incredibly frustrating for Canadians who have long been fed up with paying some of the highest mobile bills in the world. MVNO access would allow smaller providers to enter the market with more affordable options, which is the key to encouraging competition and providing relief from The Big Three. Instead, today we saw more of the same: A lack of action to address affordability through competition."

Telus, meanwhile, said it is satisfied with the rulings, saying the CRTC's policy of encouraging investment in infrastructure has led to high-quality networks in Canada. Rogers and BCE did not immediately issue statements on the ruling.

The original ruling from last year was in response to the business model launched by startup carrier Sugar Mobile. Sugar offered cheap rates to customers who brought their own devices, with service based mainly on WiFi access. When a cellular connection was necessary, Sugar turned to a roaming agreement that a related company had with Rogers in the northern territories. Rogers argued this was a violation of the agreement, sparking a dispute that ended up before the CRTC.

The CRTC decision shut down that business model but Sugar Mobile president and CEO Samer Bishay has consistently maintained that he wants to find a way to make the service work.

Ontario and Quebec cable provider Cogeco Communications Inc. has also indicated its interest in a model that would force the big carriers to resell wireless air time to players that don't have their own cellular networks.

Mr. Bains has made frequent comments recently about the government's desire to see more competition and better prices in the Canadian wireless market. The Big Three have responded in part by making more effort to highlight the low-cost options they do offer and BCE even launched a new discount wireless brand, Lucky Mobile. 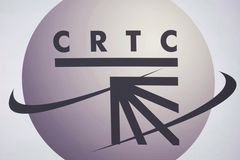 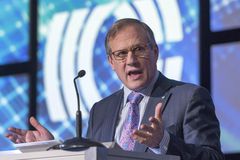