No one likes to see milk wasted – not farmers, not consumers and certainly not Canadians concerned about the planet's more than 800 million malnourished people.

But waste has become an unfortunate byproduct of what is supposed to be a carefully calibrated supply management system.

The Dairy Farmers of Ontario (DFO) acknowledged this month that a growing glut of skim milk – what remains after making butter and cream – has led to periodic dumping. Nearly a million litres have been thrown away since the end of May, just in Ontario.

It is a problem that is likely to get worse before it gets better as global pressures close in on Canada's dairy regime.

Supply management depends on a strict control of milk production, prices and imports.

The industry's dirty little secret is that it also requires chronic overproduction.

"In a supply-managed market, the only way of assuring that all domestic markets are served is to oversupply the market by a manageable amount," according to a confidential background paper produced by DFO staff. "Unfortunately, this has been difficult to achieve."

At the moment, demand is growing for butter and cream, but it's flat for fluid milk. The excess skim milk is turned into powder for baby formula, used as animal feed, or thrown away.

Trade is generally not an option. Canada is severely limited in what it can export because the World Trade Organization deems the fixed domestic milk prices a subsidy.

Another awkward reality for the dairy industry is that the Canadian market is becoming an open door to imports – particularly concentrated milk protein from the United States.

Imports have been growing rapidly, and will continue to rise when the free-trade deal with Europe is put in place. If Canada eventually joins the Trans-Pacific Partnership, experts say even more imported dairy products will pour into the country.

Canada's trade deficit in dairy products has more than doubled since 2006. In 2014, dairy imports reached $900-million versus exports of $281-million, and the trend has accelerated in the first three months of this year. Exports were lower in 2014 than they were in 2006.

"Canada's dairy sector is being seriously squeezed and faces a growing trade deficit," according to a report slated to be released Monday by the Canadian Agri-Food Policy Institute. "This is hardly a growth formula for one of Canada's largest agri-food sectors, but more importantly, a significant threat to the current system."

The biggest contributor to the growing trade gap is dairy protein – concentrated milk protein used by Canadian dairies for making cheese and yogurt. Unlike milk and cheese, which are subject to prohibitive tariffs, protein enters Canada duty-free from NAFTA partners the U.S. and Mexico, and will soon from the European Union as well. For dairies, importing protein is a way to get around the high domestic price for fluid milk set by Canadian farmers and to buy at the lower world price.

Imports of dairy protein from the United States have tripled since 2010. In 2014, exports reached $190.2-million. They are on a pace to top $200-million this year, displacing vast quantities of fluid milk from Canadian farms.

Not only are farmers losing market share, they're losing their ability to set domestic prices. "The influx of imported milk proteins in recent years is eroding [price] stability," the DFO acknowledged in its recent policy paper.

The DFO warned that if protein imports continue to grow the industry won't be able to "sustain itself" because there will be no market for the excess skim milk produced in the making of butter and cream.

It's all evidence of growing strain on the main pillars that give the system stability – price, production and import controls.

"There are all kinds of pressures, from every different direction," explained Danielle Goldfarb, associate director of the Conference Board of Canada's Global Commerce Centre.

So here's the dilemma facing Canada's closed dairy industry: It can continue to overproduce and dump milk, or it can cede more market share to foreign imports.

Another option is to figure out a way to end domestic subsidies, get into the export game and feed a hungry world. 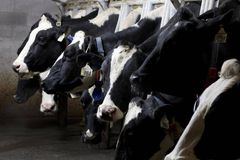 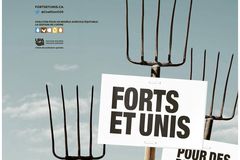