Gary Mah has a few grievances when it comes to wireless contracts. Mr. Mah, a Vancouver-based Rogers customer, has been dinged by expensive contract-breakage fees because he likes to upgrade his phone every two years.

"Phone technology changes so fast, so the contracts should be two years, not three, like in the U.S.," Mr. Mah told the Globe in a callout for reader responses to yesterday's announcement that the CRTC was looking for consumer input on the creation of mandatory national standards for the sale of wireless services for smartphones and tablets.

The cost of adding extras to his plan are "archaic," he adds, citing the $7 caller-ID fee as an example. "It's 2012! Standard things like that should be free," Mr. Mah said. "It's like going into a restaurant and having them charge you for a fork."

Terri-Lynn Macartney of Toronto agrees that fees are too high. "International roaming fees are astronomical and ridiculous," she said. "I paid Fido $100 for 500 MB of data to use in the U.S. this summer. That's insane. Although admittedly not as insane as the $400 I accidentally racked up the previous summer when I didn't pre-purchase data."

And what's with the $35 administrative fee, Ms. Macartney asks. "When I was recently shopping around for a new phone, I was told by Bell it was for setting up an account, and by Rogers that  it 'covers the cost of shipping the phone.' It is obviously just a cash grab."

Here are some more highlights from the hundreds of comments readers sent the Globe regarding cellphone pet peeves:

"It's often like buying a used car from a greasy salesman at a dodgy dealership. Though it's common knowledge that one can negotiate cost/features, Telcos insist on playing the game of 'we can't offer that' until you threaten to leave. All of a sudden, magically, lines of communication (pun intended) open and generally you can work something out." -- Rick, Ottawa

"Loyalty department plans are also a scam. People go to the store thinking, 'Well, that is the best I can get.' If you take the time to call them and huff and puff about how unhappy you are, they give a half decent plan at a decent price. It shouldn't take threatening to leave to get a decent price." -- Rickie Calliou, Blackfalds, Alta.

"I work in the U.S. and internationally a lot. The rates for cellphone use around the world is far less than in Canada. Yet any package bought in Canada for use outside this country is robbery. Competitive rates must be available. I know many individuals who buy unlocked phones and then purchase SIM cards around the world. It's an unfortunate but necessary hassle." -- C. James, Oakville, Ont.

"I think the problem is the existence of long-term contracts. The ability to leave a company for another is really all a consumer has to force good business practices. In other words, it adds an incentive for companies to reduce billing errors, lapses in service, or increase in contract costs. One could argue it would increase competitiveness amongst the few carriers Canada has." -- Jeff, St. John's, Nfld.

"Long distance charges within the country. Cellular technology is completely digital, so unlike the traditional land-line system we grew up with, making a call from Vancouver to Halifax costs no more than making a call to someone across the street." -- John B., Vancouver

"They don't care about customer service and are rude after you wait for an unbelievable length of time." -- Lisa, Waterford, Ont.

"There are better deals for new customers than existing ones." -- Michael Miller, Oakville, Ont.

Got something to add? Tell us in the comments section of this article. 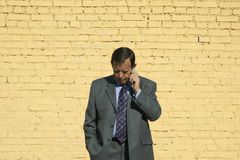 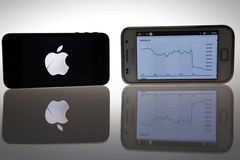