A delicate balancing act is playing out among the growing number of retailers in Canada offering deep Black Friday discounts.

The challenge is to slash prices and lure shoppers, and still come out in the black.

As the U.S. imported mega-sale event moves across the border, chains try to gear up for the event in advance to head off damage to their bottom lines.

They've learned from their Boxing Day sale initiatives to negotiate deals with their suppliers, and then pass on those savings to shoppers. And they're aiming to entice the customers to purchase additional, full-price merchandise, to prevent sheared profit margins.

Learning from last year's customer behaviour, retailers purchased popular merchandise in advance and got breaks from their vendors, he said.

"The thesis is: 'If I can drive the traffic, people will build their [shopping] basket beyond promotional items.'"

Domestic merchants increasingly feel the heat to offer Black Friday price markdowns to stem the flow of consumers going south of the border – and online – to nab bargains. But they grapple with the fine art of offering enough loss leaders to lure customers to then buy big volumes and regularly priced products to make up for the shortfalls.

In retail jargon, it's called price optimization, juggling discounting with higher markups to offset the losses. It's a strategy that major retailers such as Canadian Tire Corp. are fine-tuning. It helped the merchant post improved third-quarter financial results despite intensified competition and thick flyers touting widespread discounts.

Now price optimization has moved to Black Friday in the crucial holiday season.

"When you look at the whole supply chain, there's a realization with both manufacturers and with us that there's a growing opportunity there," said Robert Pearson, vice-president of e-commerce at electronics chain Best Buy Canada. "There's more focus on earlier planning to be able to bring offers to consumers for this Black Friday weekend."

Sometimes, the balancing act doesn't quite work. Grocer Loblaw Cos. Ltd. recently lowered prices in select categories in some of its stores but the markdowns failed to generate the intended increase in overall sales, pinching margins.

"This is not a perfect world, where things mathematically work perfectly," Vicente Trius, president of Loblaw, explained on a conference call this month. "It's managing that process – that's the balance."

Other retailers find different ways to cash in on Black Friday. The Shopping Channel uses the event to clear out spring products, which are already marked down 30 to 50 per cent or more. On Friday, it will lower those prices an additional 20 per cent.

But The Shopping Channel expects to generate the lion's share of its Black Friday business from an offer that is more typical for the retailer – a Bose sound system with free accessories and shipping and no-interest financing, said president Steven Goldsmith.

On Black Friday, "the benefit is that when the traffic is very high we're able to clear more merchandise than we normally would," he said. "There's a bit of a retail frenzy for the customers to shop."

The Black Friday event has paid off for The Shopping Channel in the past, he said. Its Black Friday sales have jumped more than 90 per cent since it first offered them in 2011, spokeswoman Shannon Hall said. "We expect to see this trend continue this weekend."

"The metrics that are available from an online perspective are much stronger," Mr. DeSimone said. "You can loss lead the big screen TV but you know people will pay full price for the DVD player, the TV stand. You're able to get extraordinarily good with the metrics."

That data can also indicate the likelihood of customers who bought a big-screen television on Black Friday to return within two weeks if they're offered a 10-per-cent discount on another purchase, he said.

"It sounds a bit Orwellian, I guess, but it's not," he added. "Really, at the end of the day, the consumer is going to benefit."

Mr. Sklar said in today's retail environment of enhanced competition – and deals – the balancing act is more urgent than ever. "There is some art to it but a lot of science," he said. "If you get scooped by your competitor on Black Friday, you're behind the eight-ball." 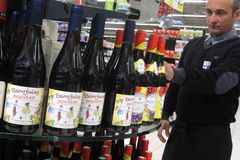 Ad agency does its own Black Friday sale
November 28, 2013 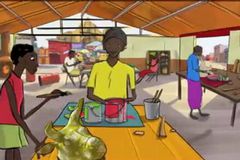 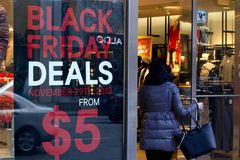 Managing meltdowns: How to tackle kid tantrums during the holidays
November 28, 2013 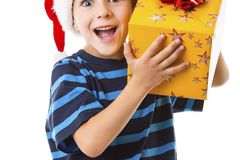