Chelsea Barron is a 23-year-old machinist working in British Columbia, but she is also something more: She belongs to a work force that is increasingly important to Canada's economy – Indigenous people.

"Right out of high school I knew I wanted to get into a trade," says Ms. Barron, who is a member of the Tsilhqot'in (formerly Chilcotin) First Nation in west-central B.C. "My mother mentored me, I went to BCIT [British Columbia Institute of Technology], and I got my Red Seal," the nationally recognized certification for her trade. "I've been working ever since."

Her story belies the common stereotype of Indigenous people having trouble getting meaningful, well-paying jobs. But she represents only half the story so far – the other half is of a rapidly growing population that is still overcoming obstacles.

But the growing cohort hasn't yet risen to its potential economically. In 2011, Statistics Canada found that the jobless rate for many living on reserves was as high as five times the rate of the general population.

The current trends among the Indigenous population are "a double-edged sword," says Jean Paul (J.P.) Gladu, president and chief executive officer of the Canadian Council for Aboriginal Business. "About half our population has moved off reserves and into urban areas. Our people are becoming better trained, better educated and more business-savvy and are looking for opportunities.

"The other edge is that we're losing some of that capacity in some of our First Nations, Métis and Inuit communities," Mr. Gladu says. "We need an economy that can attract and maintain that talent base."

He and others are optimistic that, ultimately, the growing and youthful Indigenous population – and the Canadian economy as a whole – will both benefit.

A new study commissioned by Indigenous Works suggests there's still quite a long way to go.

The study prepared by R.A. Malatest & Associates Ltd. of Ottawa, is the most comprehensive of its kind, Mr. Lendsay says. It looked at how corporate Canada is connecting, or not connecting, to Indigenous people.

The survey used a "partnership matrix" to determine how businesses across sectors and regions are engaging with the potential Indigenous work force. The results so far: Out of a possible score of 100, corporate Canada scored only 13.

"Only half of businesses wanted to do more business with Indigenous groups … only one in three businesses considered investing in Indigenous communities a priority," the survey also noted.

Mr. Lendsay says it would be helpful if companies set targets for hiring qualified Indigenous people, particularly large businesses that have more than 500 employees.

"There are 2,944 large employers in Canada, which generate 39 per cent of employment across the country. If 39 per cent of the Indigenous labour worked for large businesses today – like railways, transportation companies and banks – there would be 255,000 Indigenous people employed."

This would certainly boost what Statistics Canada calls the group's "participation rate" in the labour market, which was 74.8 per cent in 2010 – 12 percentage points lower than for the general Canadian labour market.

"We work primarily with young people who are out of school," he says, but ACCESS also reaches people like Ms. Barron, who, as she says, became interested in her career right out of high school.

It's also important to encourage Indigenous employment that will make a difference to Indigenous communities, says Beverley O'Neil, a citizen of Ktunaxa Nation in Western Canada and head of O'Neil Marketing & Consulting and Numa Communications Ltd.

"Having Indigenous ethnicity is not enough. It's best to find Indigenous people who are directly connected to and can bestow values and ethics that reflect First Nations," Ms. O'Neil says. She says she has seen examples of inauthentic individuals or groups who seek to look good by laying claim to an Indigenous connection that is either not real or tenuous, which discourages people who are trying to work for true reconciliation. 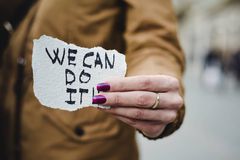 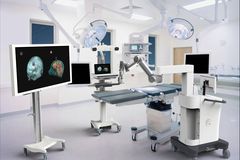 NAFTA notwithstanding, outlook is sunny for Canada’s agri-food sector
October 17, 2017 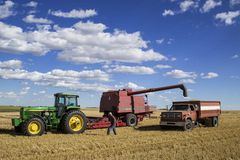