Days before the end of his term, the chairman of Canada's telecom regulator is warning that his successor may need to intervene directly in the wireless market to deliver more competition and lower prices for consumers.

Jean-Pierre Blais, whose final day at the helm of the Canadian Radio-television and Telecommunications Commission is Saturday, said in a speech Tuesday that Canada lacks the competition that puts "downward pressure on retail rates" seen in the U.S. industry.

"Unless things change, the CRTC will need to act to increase wireless competition, which will in turn deliver lower wireless retail rates, raise data caps and spur further innovation," he said, according to prepared remarks.

Mr. Blais, who has made consumers the focus of the commission's work during his five-year term, said one option is for the CRTC to directly regulate retail rates, "although we would much rather see increased competition between providers create better choices for customers."

In an interview Monday ahead of his speech at the Banff World Media Festival, Mr. Blais says he has always believed that "regulation, or more direct intervention, is a poor substitute for a properly functioning marketplace."

However, he said, "So far, I haven't seen that vigorous, dynamic marketplace that one would hope to develop in Canada. And I'm not alone in thinking this – the Minister of Innovation [Navdeep Bains] said exactly the same thing a few days ago."

Mr. Bains last week said the federal government is concerned about wireless affordability and has directed the CRTC to reconsider a March ruling on how smaller players can access the wireless networks of Canada's national carriers, Rogers Communications Inc., BCE Inc. and Telus Corp.

In that ruling, the CRTC said service providers that rely primarily on WiFi access – and don't own airwaves or build their own networks – cannot take advantage of regulated roaming rates and let their customers "permanently roam" on the networks of the Big Three. The decision reflected a long-held policy of the government and regulators, which is to encourage companies to invest in their own infrastructure, referred to as "facilities-based" competition.

Mr. Blais says the Minister's decision and remarks last week call that policy into question and open up another possible option for the CRTC to consider, which would be to force established carriers to sell network access to companies that don't have their own airwaves, known as MVNOs (mobile virtual network operators). Those MVNOs could then market the service to customers at a retail level, providing more options and potentially lower prices.

"Implicitly what the Minister is saying now is we're going to have non-facilities based competition …. At first blush, there appears to be a double message," the CRTC chairman said, noting that the Minister said the government still supports a facilities-based approach but also essentially said he "would like to have a non-regulated spectrum solution."

Regulating retail prices or forcing the national players to reach wholesale agreements with MVNOs would both represent major changes to Canada's wireless market, changes to which the incumbent operators would be extremely resistant.

Mr. Blais said a third option would be for the CRTC to review the effect of network sharing in Canada. BCE and Telus, for example, have a major spectrum-sharing agreement that allows them to avoid the expense of building completely separate networks across the country. Telus has stronger coverage in Western Canada while BCE's network in Eastern Canada is more developed. Rogers also has smaller such agreements in Quebec and Manitoba.

The CRTC chairman said network sharing is efficient, given the size of Canada and low population density, but it has led to less excess network capacity than in the U.S. In that country, he said, carriers have lowered retail prices to bring in more customers and offered unlimited data plans to use up extra capacity. They also sell it to resellers, who then offer other retail choices for customers.

Mr. Blais said in the interview that he did not apply for a renewal of his term as chairman and in his wide-ranging speech in Banff, he was blunt on a number of topics, clearly prepared for the fact that he will no longer be leading the CRTC.

He was critical of Ottawa's failure to fill empty commissioner roles and appoint a new vice-chair of broadcasting after the position has been vacant since November, 2015, calling it "just bad governance."

He also urged those in the broadcasting world to focus less on "quotas, tax credits and the way we did business 20 years ago," saying broadband connectivity is "the future."

Mr. Blais has faced criticism from Canadian producers, actors and writers groups over recent CRTC rulings on funding for Canadian productions and conditions of licence for large broadcasters. In his speech he suggested those criticisms were overblown and said new thinking is needed.

"We have to think beyond our borders and realize that this is a time of profound change, and being nostalgic isn't the way forward," he said in the interview.

The departing chairman also said he predicts the "end of print journalism as we know it" – saying there will be a strong journalistic presence online – and that "music quotas on the radio will no longer serve their purpose," suggesting that radio broadcasters should instead be required to "invest in showcase events" to highlight Canadian talent.

The government has not yet named a successor for Mr. Blais, saying it will announce CRTC appointments "in due course." 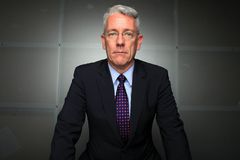 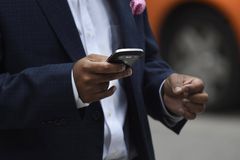