Canada's new, expanded survey of job vacancies made its debut on Thursday, revealing that despite the deep resource downturn, Western Canada had substantially higher vacancy rates than the rest of the country in the first quarter of 2015.

The survey also showed that vacancies were most acute in the food-service and retail sectors, but that skilled positions such as health-care workers, tradespeople and equipment and transport operators have the longest duration for jobs sitting vacant.

The results come from Statistics Canada's first Job Vacancy and Wage Survey, which it introduced in response to concerns that data on Canadian labour-market needs and shortages were insufficiently detailed and lacked key information about local markets and specific occupations. Previously, Statscan has relied on two questions included in its monthly Survey of Employment, Payrolls and Hours, which covered a monthly sample of 15,000 employers. The new JVWS canvasses 100,000 business locations quarterly, and asks additional questions to provide a greater range of detail, including data on specific occupations, cities and sub-provincial economic regions.

The first-quarter survey showed that the national vacancy rate – the number of vacant positions as a percentage of total occupied plus vacant jobs – was 2.6 per cent in the first quarter. Among provinces, Alberta had the highest rate, at 3.5 per cent, despite the impact of the dramatic plunge in oil prices early in the year. The next-highest provincial rates were in British Columbia and Saskatchewan. (When territories are included, Yukon was highest, at 3.9 per cent.)

The lowest provincial vacancy rates were in New Brunswick and Prince Edward Island, both at 1.7 per cent. Ontario, the country's most populous province, had the most total vacancies, but its vacancy rate matched the national average.

Job vacancies and skills shortages became a major topic of political and economic debate last year, when the federal budget contained a 56-page "Jobs Report" that argued that the country was suffering from a "skills misalignment" between unemployed workers and the available job vacancies – relying in part on some surprisingly high vacancy-rate statistics gathered by the government itself to help make its case. Economists expressed serious doubts about the accuracy of the vacancy data, and the government later revised its estimate substantially downward.

The controversy opened a broader discussion about the inadequacy of the available vacancy data, from Statscan and elsewhere, in providing a full picture of Canada's labour shortages and skills needs, from the national to the local level. As a result, the federal Department of Employment and Social Development began funding the new expanded survey.

Nationally, there were 399,900 vacancies in the quarter. A large share of these vacancies was concentrated in food and retail, which accounted for six of the 10 occupations with the most vacancies. Food-counter attendants, kitchen helpers and related support jobs had 20,000 vacancies, while cooks made up an additional 11,800 and serving staff were an additional 10,100. Retail salespersons' vacancies totalled 19,900, cashiers numbered 11,600, and shelf stockers and clerks made up 10,800.

But while the total vacancy numbers were dominated by relatively low-skill occupations, the jobs that have sat vacant for the longest were in more highly skilled sectors. This was most acute in health care, where 47 per cent of vacancies remained unfilled after "more than three months of constantly recruiting," Statscan said. For trades, transport and equipment operators, 39 per cent of vacancies remained unfilled after three months.

The sub-provincial economic regions with the highest vacancy levels were also concentrated in the West. The Swift Current-Moose Jaw region of Saskatchewan led the country with a 5.9-per-cent vacancy rate, followed by the tourism-intensive Banff-Jasper-Rocky Mountain House region of Alberta. All 10 of the highest-vacancy regions were west of the Saskatchewan-Manitoba boundary.

Statscan said that for now, the survey doesn't include federal, provincial and territorial administration, but these "will be phased in at a later date." It also said the survey won't introduce its planned wages component until 2016. 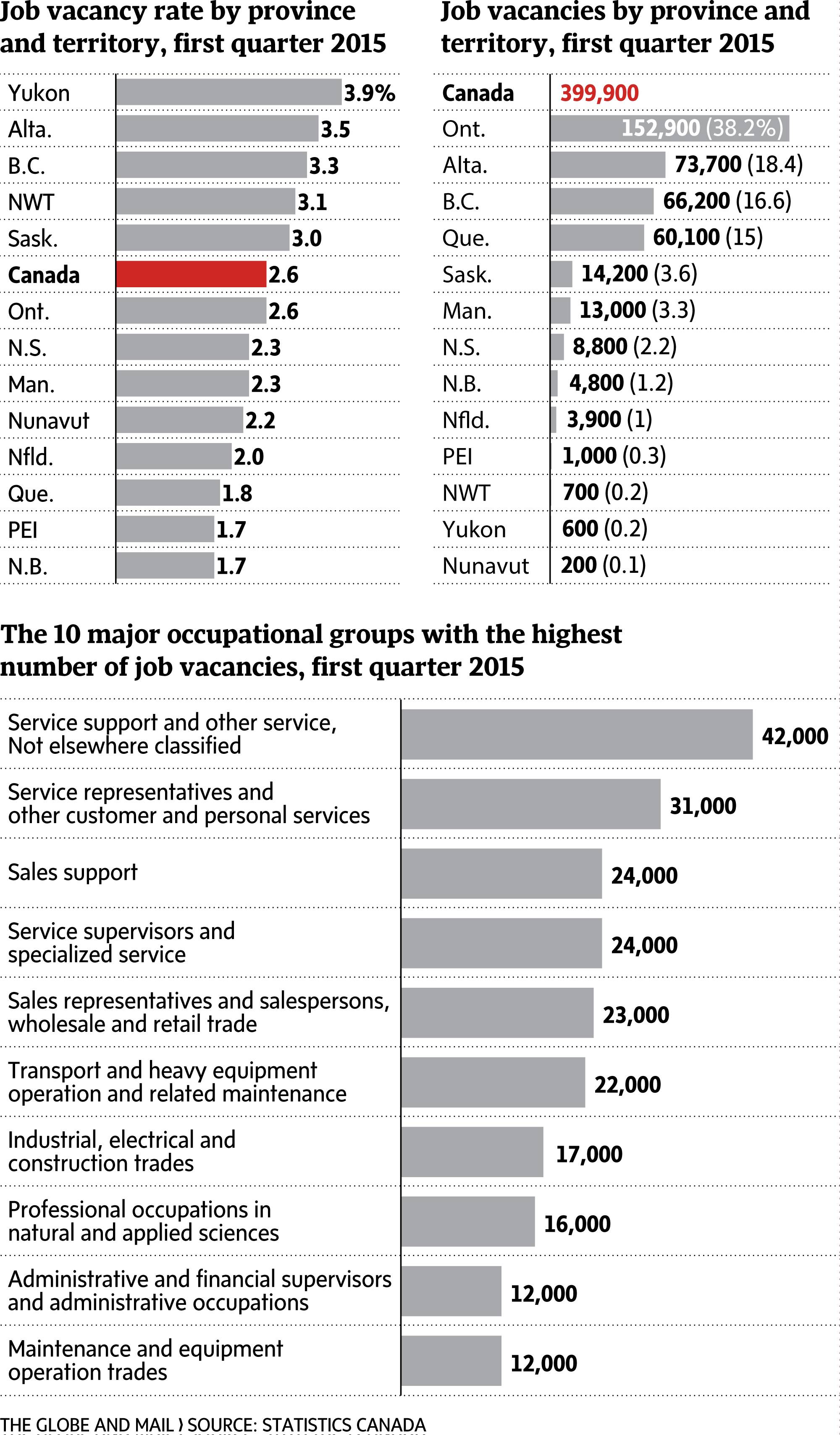 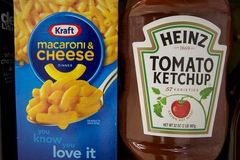 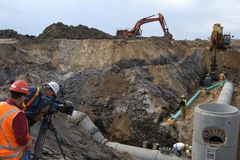