By the time Paul Reichmann left Europe in his early 20s, he and his Orthodox Jewish family had been so successful in eluding Nazi inquisitors that they arrived in Canada in the 1950s with a sense of infallibility.

One such stroke of luck had the Reichmanns leaving Vienna to visit family in Hungary hours before the Germans annexed Austria in 1938.

The Reichmans believed they were a chosen clan. And it was Paul, the fifth of six children born to Renée and Samuel Reichmann, a wealthy egg merchant, who personified the family's sense of destiny. A gangly, soft-spoken Talmud scholar, Paul Reichmann was an unlikely yet determined businessman-negotiator who invested a safe portion of his father's fortune in unwanted properties.

In the space of 30 years, Mr. Reichmann, who died Oct. 25 of undisclosed causes, parlayed the family's nest egg into one of the world's most profitable and admired real estate dynasties, Olympia & York Developments. That success allowed the Reichmanns, who lived modestly in North Toronto, to funnel a large share of their fortune into struggling ultra-Orthodox schools, or yeshivas, and charities around the world.

"They transcended some of the worst atrocities of the century, so as a result the family had the sense that the Reichmanns transcended circumstances in an epic way. They had a powerful sense of destiny and power," said Anthony Bianco, who authored the 1997 book The Reichmanns.

As Mr. Reichmann's development ambitions grew, he became convinced his negotiating skills and grand visions would prevail. This faith saw him overcome daunting zoning and construction obstacles to build Toronto's First Canadian Place in 1975, still the tallest building in the country. He correctly bet on undervalued properties in New York, building one of Manhattan's most admired developments, the World Financial Center, on top of landfill.

Mr. Reichmann's sense of destiny, however, blinded him to risks that threatened his grandest project: a complex of modern office towers rising from London's decrepit docklands. The Canadian developer correctly predicted that his plans for a massive office development at Canary Wharf would solve a severe real estate shortage in the city's small financial district. What Mr. Reichmann failed to anticipate was that economic and political forces would conspire against him.

When a global recession in the late 1980s torpedoed real estate values and prompted the government of British prime minister Margaret Thatcher to yank support for a crucial subway line to Canary Wharf, Mr. Reichmann continued to finance the project with family money.

"He was secure in the knowledge that this was a project that needed to be built and would be built," said David Brown, a lawyer with Davies Ward Phillips & Vineberg LLP who advised Olympia & York during the early days of the Canary Wharf project.

As costs rose and tenants hesitated to commit to leasing office space without a subway line, Mr. Brown said Mr. Reichmann, a legendarily cautious borrower, filled the funding gap with bank loans and family money. "They were pouring more of their money into the development to keep it afloat. They leveraged everything they could to keep it going," he said.

By the early 1990s, Mr. Reichmann finally ran out of time. Corporate tenants would not commit to the project and Olympia & York's opaque financial practices eventually eroded bankers' confidence. The company was pushed into bankruptcy proceedings in 1992, marking the humbling of the world's most admired real estate empire.

The collapse sent shock waves around the world. Bank stocks swooned. Even the Canadian dollar wavered. When the full extent of bank loans and collateral pledges against various properties was revealed in court proceedings, relations between the Reichmanns and dozens of global banks were so strained that efforts to restructure the company foundered. The company's global properties were carved up by the banks, which were forced to absorb billions of dollars in loan writedowns.

"Paul Reichmann had incredible credibility and trust," said Bob Brooks, a retired senior executive with Bank of Nova Scotia, a minor Canary Wharf lender. "He prevailed on bankers to keep lending to the project and foolishly we did. No one lender knew the full extent of the loans. They didn't understand how much leverage there was in the empire."

One of the few things Mr. Reichmann was able to preserve was the family's right to the Olympia & York name. The title had enormous meaning to Paul and his four brothers, Edward, Louis, Albert and Ralph, whose initial Canadian venture was a decorative tile importing business named Olympia Trading, which opened in 1956 and still operates today across Canada and in the United States as Olympia Tile.

That Paul would emerge as the leader of the Reichmanns' Canadian dynasty is perhaps surprising, given that he was one of the youngest of the siblings, and was initially more devoted to religious studies than the family business. He was born in Vienna on Sept. 27, 1930. As the family was cast about by fate during the Second World War, being forced to move from Austria, Hungary, France, Spain and Morocco, Paul pursued religion. He eventually earned a Semikhah, entitling him to be a rabbi, a title he told the family's biographer, Mr. Bianco, that he never desired. Instead, he viewed rigorous rabbinical studies as a "fun" challenge.

Eventually, Olympia Trading became his abiding professional quest. One of the many mysteries that shroud the intensely private family's business history was the origin of the name. Depending which brother you talked to, Olympia was a reference either to antiquity, the 1956 Olympic Games or classical Greek studies.

When the growing tile business needed a new warehouse in 1958, Mr. Reichmann discovered a new fun challenge. Unimpressed with contractor quotes for building a new facility, he convinced his brothers he could save money by buying land and overseeing construction himself. The project saved the company more than $50,000. Soon Mr. Reichmann and his brother Albert had launched Olympia & York as a developer of industrial buildings that catered to North Toronto's expanding Jewish community.

The company vaulted into the big leagues in the mid-1960s when Mr. Reichmann began assembling properties around a stalled Toronto apartment complex called Flemingdon Park. Construction on the multimillion-dollar project had been halted by the owner's financial woes, and potential buyers doubted its potential. Mr. Reichmann, then almost unknown in the commercial real estate sector, talked his way into a deal after he secured a commercial tenant for a small office tower next to Flemingdon Park.

The project's desperate owners agreed to sell Olympia & York a 50-per-cent stake in the apartment complex, earning the Reichmanns the respect of bankers and corporate tenants who would be essential partners in the company's increasingly ambitious developments.

Mr. Reichmann initially honed his reputation as a conservative developer. He took advantage of tax deductions, corporate tenant commitments and limited liability contracts to minimize the amount of bank loans needed to finance Olympia & York's major developments and acquisitions in Toronto and New York. When he proved skeptics wrong with his spectacularly successful contrarian bet on the Uris block of office towers in lower Manhattan in 1977, during the city's financial crisis, bankers and financiers around the globe lined up to do business with him.

In their eagerness to finance Olympia & York's developments, bankers suspended lending caution by agreeing to Mr. Reichmann's terms that they be given only partial access to the private company's financial statements. Terms were so restrictive that some investment bankers were forced to memorize financial data taped to tables in the company's New York offices.

When bank debts ultimately toppled Olympia & York, draining much of the family's fortune and entangling Mr. Reichmann in messy bankruptcy proceedings, he never veered from his conviction that Canary Wharf would succeed.

Mr. Brown said that although bank negotiations were "pretty fierce," Mr. Reichmann "never gave up, he never lost his focus and there was never a sense of defeat that I could perceive."

Ultimately Mr. Reichmann's vision of Canary Wharf prevailed, but the office towers were completed by other developers after bankers carved up Olympia & York in bankruptcy proceedings. Mr. Reichmann took another run at the London project by acquiring a stake in one of the properties, but that too was reclaimed by a bank in 2009 after the financial crisis left him with insufficient cash flow to pay debts.

Other family members had more success reviving Olympia & York's name. Albert Reichmann's son Philip Reichmann, and Paul's son-in-law Frank Hauer, refashioned the company as O&Y Properties Corp. in the 1990s. After several successful real estate investments, including the repurchase of First Canadian Place, the company was sold for $2-billion in 2005.

People close to the family said since then Mr. Reichmann's health had declined, and he retreated to his family and religious studies. He leaves his wife, Lea, and five children, Vivian, Rachel, Libby, Barry and Henry.

Reichmann's world: Iconic buildings from around the globe
Gallery
October 28, 2013 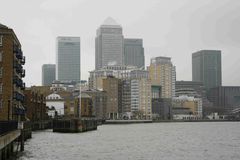 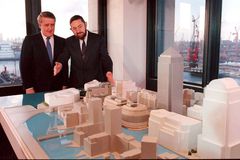 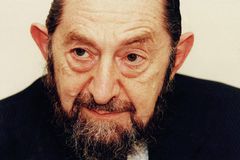