Diaper-wearing baby boomers are coming to the rescue of the beleaguered paper industry.

As the world population ages, sales are climbing for absorbent hygiene products that have gotten more comfortable and discreet. Demand is projected to grow 4 per cent in 2017, according to ERA Forest Products Research, boosting prospects for companies including International Paper Co. and Domtar Corp. They're expanding production of the moisture-capturing fiber known as fluff pulp used in diapers and tampons.

The shift is providing welcome relief for an industry hurt by the emergence of the digital era and paperless communication. As North American producers expand output of fluff grades, the market for traditional pulp is tightening. Prices have been rising in recent months with more gains expected in March, according to Bloomberg Intelligence.

"The fastest-growth market is adult incontinence," said Kevin Mason, the managing director of ERA Forest Products Research in Kelowna, British Columbia. "That baby-boom generation, that demographic is moving into that area, and it's going to help boost the overall demand."

U.S. retail sales for products targeting adult incontinence reached almost $2-billion in 2016 and are projected to rise another 9 per cent in 2017 and 8 per cent in 2018, said Svetlana Uduslivaia, the head of industry research at Euromonitor International. Papermakers in the South, including Memphis, Tennessee-based International Paper, are poised to benefit as they produce almost 90 per cent of world's fluff pulp.

In 2012, there were 562 million people globally aged 65 and older, and that increased almost 10 per cent by 2015, according to the U.S. Census Bureau. As the baby-boomer generation – those born from 1946 to 1964 – joins those ranks, the growth will accelerate. The population group of older people is projected to reach 1.6 billion by 2050. In turn, demand for fluff pulp will grow at about 3 per cent a year, Domtar estimates.

Domtar spent about $160-million to convert paper output to fluff-pulp production in Arkansas. That will help double its fluff-pulp capacity to 980,000 metric tons, according to Bloomberg Intelligence. It's now become the No. 3 producer, trailing International Paper and Georgia-Pacific LLC, which is controlled by Koch Industries Inc. The move to fluff will probably boost its earnings per share by about 4 per cent in 2017 and 3 per cent in 2018, according to Bloomberg Intelligence.

"There's a lot less taboo around incontinence issues, and there's a lot more education around it," said Nicholas Estrela, a spokesman for Montreal-based Domtar.

International Paper, the world's largest paper maker, is also moving to expand its fluff-pulp business. The company made a $2.2-billion acquisition of Weyerhaeuser Co.'s pulp business last year. The manufacturer also converted its mill in Riegelwood, North Carolina, to produce fluff and softwood pulp, and was able to make price increases for the products, Glenn Landau, the senior vice president of finance, said in a February earnings call. The company declined further comment on its pulp business.

Domtar has declined 3.5 per cent this year in New York, while International Paper has fallen 4.4 per cent.

Even as companies shift to pulp, many still have a big exposure to traditional paper markets, which could limit the benefits of the diaper boom. About 50 per cent of Domtar's sales come from uncoated freesheet, commonly used in copy paper, according to Bloomberg Intelligence.

Demand for traditional paper has been eroded by increased digitization, as people turn to e-readers and emails instead of books, letters and memos. North American printing and writing paper demand has been shrinking since 2001 and dropped 3.9 per cent in 2016, according to Bloomberg Intelligence.

"The majority of the business is in secular decline, at least on the paper side," Estrela said. "We don't consider ourselves anymore as papermakers. We're fiber innovators."

But, the industry's increasing shift from paper-grade products to fluff is helping to tighten supply in the softwood markets, Bloomberg Intelligence analysts Joshua Zaret and Evan Lee wrote in a report last week. In the U.S., prices for a grade of softwood kraft pulp rose about $40 a ton, or 4 per cent, over what are usually slower winter months. Prices could rise to $1,050 a ton in March from about $1,010 to $1,020 now, Mason of ERA said.

As innovation helps to improve incontinence products, the market could continue to grow.

A quarter to a third of men and women in the U.S. suffer from urinary incontinence, according to the Urology Care Foundation. Today's adult diapers are more sophisticated than the bulky, more "clinical-looking" products of the past, Euromonitor's Uduslivaia said.

"People don't necessarily feel like they're old," Uduslivaia said. "They want something that not just helps them to get that level of protection, but is really sort of discreet and dignified."

Huggies campaign: When promoting a good cause is good for the bottom line
May 17, 2018 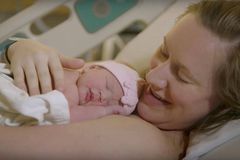 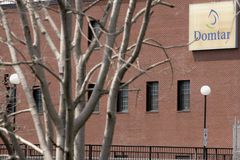