The federal Competition Bureau is casting doubt on a claim from Postmedia Network Canada Corp. and Torstar Corp. that they did not discuss closing newspapers when they formed their deal to swap 41 local and community papers, according to documents filed in court.

Information obtained during its investigation into the deal, announced last November, led investigators to believe the companies "entered into a conspiracy," the bureau says in documents submitted to obtain warrants for searches it carried out last week at both companies' head offices in Toronto, as well as the Hamilton Spectator and the Mississauga offices of Metroland Media, both owned by Torstar.

At the time the deal was made public, Postmedia executives were adamant that the companies' discussions were about acquisitions, not closings. But the day the deal was consummated, the two companies said they would close down the vast majority of the titles they had exchanged.

"We didn't know what their plans were, and they didn't know the same for us," Postmedia president and chief operating officer Andrew MacLeod told The Globe and Mail on Nov. 28, the day after the announcement.

But the November agreement specified which employees' positions at both companies were going to be terminated when the transaction closed and only referred to jobs at the papers that were being shut down, according to the "information to obtain warrants" document that the bureau submitted to the east region of the Ontario Superior Court of Justice on March 6.

The documents say the deal also included a non-compete agreement specifying that the companies would not operate print or digital news operations or flyer-distribution businesses in certain geographic areas for five years and that they would not operate digital news publications or daily free commuter papers targeted to certain areas for two years following the deal.

Finally, a transitional services agreement between Postmedia and Torstar provided for each company to continue to provide services such as advertising or flyer distribution to see the properties through the transition period, but only specified those services for properties that were to remain open, according to Pierre-Yves Guay, acting associate deputy commissioner of competition for the Competition Bureau's cartels and deceptive marketing practices branch.

These agreement terms led Mr. Guay to believe that the companies "and other persons known and unknown, entered into a conspiracy," according to the document. Statements made by Postmedia executives to the media (including The Globe) that both companies were unaware of the other's plans to close the papers "are inconsistent with actions taken by Postmedia and Torstar and with the terms and conditions set out in the transaction documents," Mr. Guay wrote.

The bureau is investigating the deal – which was referred to internally as "Project Lebron," according to documents found at Metroland headquarters – under both the merger provisions and the conspiracy provisions of the Competition Act. The merger provisions address whether a deal lessens competition; the conspiracy provisions, which are criminal, address agreements between competitors including deals to allocate certain markets where they will not compete, and to "fix, maintain, control, prevent, lessen or eliminate the production or supply" of a product.

The bureau has not concluded there has been any wrongdoing and no charges have been laid.

The document reveals that the bureau wasn't aware of the deal until roughly half an hour before it was announced on Nov. 27, when both companies' lawyers phoned the bureau to advise staff of the news and to say that the properties involved did not have assets large enough to trigger premerger notifications. (To be exempt from that requirement, the target of a merger cannot have assets or revenue from sales in Canada exceeding $88-million.)

A few days later, the bureau asked to review the transaction agreement, which it received in early December. Information from that agreement was cited in Mr. Guay's document seeking search warrants.

The document lays out the companies' responses to the bureau's investigation, as well. After they learned that the deal was being investigated under the conspiracy provisions, a lawyer for Torstar e-mailed Mr. Guay to request a phone call with both companies' lawyers; Mr. Guay replied by e-mail that this would be "highly inappropriate" and scheduled separate calls instead the next day. During those calls, "all counsel expressed a general sense of surprise and disappointment" about the criminal investigation, according to Mr. Guay. The bureau declined subsequent requests for calls and meetings with both the mergers and the cartels directorates.

On Jan. 11, a lawyer for Torstar advised Mr. Guay by e-mail that Torstar was conducting an internal investigation and was willing to co-operate with the bureau's investigation. The e-mail also asked that the bureau not pursue a search and seizure application, because "Torstar would suffer significant reputational damage if search and seizure warrants were executed." Mr. Guay did not respond.

On Feb. 15, Postmedia made a submission to the commissioner of the bureau, reiterating that the deal should be reviewed under the merger provisions of the act, not the conspiracy provisions. Postmedia said its rationale for the deal was "to generate positive cash flows from a group of failing community newspapers" by consolidating its flyer distribution services in certain areas. It also argued that print ad revenue was being leeched away by digital media competitors and argued that "print and digital advertising … belong in the same relevant product market" and that the deal created significant efficiencies.

The e-mail points to likely defences that Postmedia would put forward: The merger provisions allow companies to adopt "failing firm" defence if a merger involves assets that are failing or have failed. A merger is also defensible if it creates efficiencies that "outweigh and offset its likely anti-competitive effects." Finally, the e-mail addresses the definition of a competitive market: In such a case, the bureau has to define the market (both in product competition and geographically) that could be affected by a merger. In this case, while both companies have acknowledged that the deal lessened competition in certain regional print advertising markets, they also operate in an industry in transition that is competing not just with other print media, but also in the larger digital advertising economy, where competition remains robust.

Such defences are only applicable under the merger provisions, but do not apply under the conspiracy provisions.

The information document also refers to statements made to the bureau by John Hammill, a former Postmedia regional sales director based in Orillia, Ont. Mr. Hammill told the bureau that the Collingwood Enterprise Bulletin was doing "really good" and the Barrie Examiner was "doing okay" and he said he was surprised that papers that were "making money" were closed.

Orillia Packet & Times employees were laid off 10 minutes after the deal was announced, Mr. Hammill told the bureau, adding that he was informed his job was terminated by Postmedia human resources, even though Torstar was the new owner. In the court document, Mr. Guay stated that this indicates "prior negotiation, agreement or arrangement" between the companies related to the closings.

"The information to obtain [document] describes a normal course merger agreement that Postmedia and Torstar entered into," Postmedia spokesperson Phyllise Gelfand said in an e-mailed statement on Wednesday. She also reiterated a prior statement that "Postmedia is strongly of the view that there has been no contravention of the Competition Act with respect to this matter. Postmedia continues to co-operate with the Competition Bureau."

"We are aware of the ITO documents," Torstar spokesperson Bob Hepburn said in an e-mail. "As we have said previously, Torstar does not believe it has contravened the Competition Act and is co-operating with the Competititon Bureau in connections with its review."

Got a news tip that you'd like us to look into? Email us at tips@globeandmail.com.Need to share documents securely? Reach out via SecureDrop. 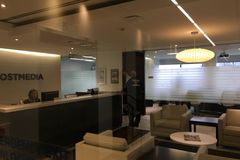 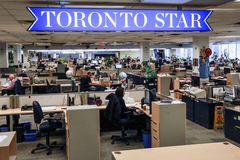