Wars make for great drama; but ceasefires can be fascinating, too.

For proof, look no further than the unexpected sweet nothings cooed the other day by an executive of YouTube Canada during a sales presentation for the Toronto advertising community. The 90-minute show at the TIFF Lightbox, staged in the slick manner of a TV upfront, was full of chest-thumping about the indispensable role of the online video platform in reaching younger viewers. For years, people have said the Google-owned site – which now serves up more than six billion hours of video to viewers every month – is a TV killer. One producer who flew in from Hollywood just for the event said that his two teenaged boys don't even watch TV any more.

And yet there was Marshall Self, the head of media solutions for Google Canada, insisting they had come to praise television, not to bury it. "YouTube does not replace TV," he said. "YouTube helps ignite TV, and helps evangelize and push out more of this TV content." In a follow-up interview, Mr. Self said: "We want to partner with broadcasters and specialty TV networks as much as we can."

After treating TV as the class nerd, some of the hottest names in media suddenly want to be its BFF.

Last month, capitalizing on the fact that many people use second screens while they are watching TV, Twitter began striking deals with a host of broadcasters to help increase the effectiveness of their clients' messages. Fox, BBC America, Viacom, and others have signed on to the social network's Twitter Amplify program, through which the broadcasters can post snippets of their content – say, a gorgeous dunk shot made by someone mere seconds beforehand – to Twitter, and precede it with a brief video ad from one of the network's advertisers.

During the Canadian TV upfronts two weeks ago, both Shaw Media and Bell Media announced they had signed on to the Amplify program, and would soon begin tweeting clips of their TV shows.

It's regarded as a virtuous media circle: Twitter users who see a video highlight are more likely to watch the TV broadcast, and research shows that viewers who are exposed to ads on both TV and Twitter are more likely to recall the ads they see.

YouTube says the same is true for its partnerships with TV: One study it released last year found that viewers who watched a 30-second spot on both TV and YouTube were 1.5 times more likely to recall the ad than viewers who watched it on only one of the platforms.

And broadcasters, many of which have created their own YouTube channels, are getting savvier at using the platform for promotion. Over the winter, when the Harlem Shake phenomenon briefly turned us all into quivering idiots, Fox's The Simpsons tossed off a 30-second video of Springfield's citizens getting into the act – punctuated by a reminder that the show airs on Sunday evenings at 8 ET. Posted to YouTube, the spot has now been seen by more than 29 million people.

Of course, even before new media and old media called a truce, regular people were blithely toggling between the platforms without a care about which team they were supporting. For the past few years, as U.S. viewers watched the Super Bowl, they tweeted about the ads and then continued the conversation on YouTube with comments and response videos.

But the truce is still an uneasy one, and not everyone in the TV industry is convinced they need help. The USA Network has been cool to Twitter's come-ons, saying it's doing just fine engaging its audiences on its own social network platform, known as Character Chatter. Here in Canada, Corus Entertainment's W Network announced last week that it was renewing efforts to push viewers to its own website.

Rogers Media, too, has enjoyed success with apps for some of its shows, including Canada's Got Talent and The Bachelor: why should it share ad revenue with a company that is also a competitor?

"As you look at the overall ad dollar pool, the big question from the industry is, how much of that value does ultimately flow to media companies and other new players? That's the constant competitive/partnership angle," noted Jason Tafler, the chief digital officer of Rogers Media. "It's a very complex world. We have meetings all the time. We're competing all the time in some areas, and we're partnering very deeply in others, and we're just honest and candid [about that] in the conversations." 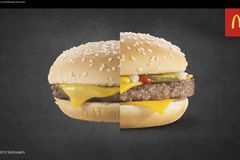 Miller suffers setback in plan to end licensing deal with Molson Coors
May 11, 2018 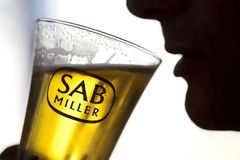 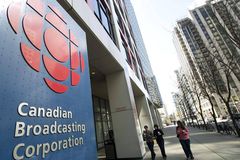 Cineplex’s ‘SuperTicket’ opens door for movie-goers to go digital as well
May 11, 2018 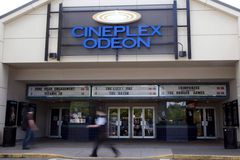