Think of the smartphone maker's patent portfolio as a batch of Renoir or Picasso paintings at auction. Only a limited number of buyers worldwide can afford such a large and unique collection. But for those who can, it is a find so rare that it has outsized value.

Similarly, only a select few global smartphone players would pay the billions of dollars that analysts say BlackBerry's IP – covering hand-held design features, enterprise e-mail, messaging, encryption, security, touch screens and text prediction, among others – is worth. And none of them is Canadian. Apple, HTC, Lenovo and Samsung come to mind as logical acquirers.

That would leave the guts of BlackBerry, like Nortel before it, as foreign property. And there is very little Canada can do to stop it.

Ontario-based BlackBerry's 7,500 U.S. patents – granted and pending – are of limited long-term value to private-equity investors such as Fairfax. For them, the only logical course would be to flip the portfolio to other players in the smartphone business for a quick profit.

The way to extract real value from BlackBerry's IP is to use the patents in cross-licensing deals between tech companies, allowing players to use each others' technologies. Patents can also be used in litigation – either on offence to protect turf, or to defend against infringement by others.

"While the merits of individual patents can be debated, the overall size of the BlackBerry patent portfolio makes it highly attractive," said Alan Fisch, an intellectual property lawyer with Fisch Hoffman Sigler LLP in Washington, D.C.

Intellectual Asset Management, a British trade publication, recently put BlackBerry in an elite group of 14 companies worldwide that hold at least 3,400 U.S. patents, make new applications at a minimum rate and own the most coveted intellectual property.

BlackBerry is also Canada's top research-and-development spender, investing $1-billion to $2-billion every year dating back to the late 1990s.

Losing all that would be a severe blow for Canada.

The potential loss of BlackBerry's technology would be part of a disturbing trend highlighted in a 2012 Canadian International Council report, "Rights and Rents: Why Canada Must Harness its Intellectual Property Resources."

Not only is Canada falling behind other countries in generating new patents, but far too much of the IP it does have winds up in foreign hands, according to the report.

The result is that Canada has one of the largest IP deficits in the developed world, paying out $4.5-billion more a year in licensing fees to foreigners than it collects from others.

Adding insult to injury, Canadian taxpayers have paid for a lot of that IP through a generous R&D tax-credit regime. Ottawa and the provinces pay about $5-billion a year to companies through the Scientific Research and Experimental Development program.

BlackBerry, for example, has pocketed about $150-million a year in tax credits. Over a decade, that's a $1.5-billion investment.

Ottawa has few tools to block the sale of intellectual property, and a track record of turning a blind eye to patent exports. The government did not step in when Nortel's patents went on the block, eventually fetching $6.5-billion. The vast majority are now in foreign hands.

BlackBerry executives have reportedly held discussions with officials of the Investment Canada division of Industry Canada in an apparent bid to forestall complications if the company is sold to a foreign buyer.

The problem is that Investment Canada's rules are designed to review, and occasionally reject, foreign takeovers of companies. They offer little protection when intellectual property is auctioned off.

The are ways to stop Canada's IP drain. According to the Canadian International Council, the government could, for example, team up with the private sector to create an investment fund that would pool patents vital to the country's economic future.

Or Ottawa could reward companies, not only for the R&D they do, but also for the profits they generate from patents in their home market.

These are ideas worth pondering as Canada's technology flagship hurtles toward a sale and possible break-up. 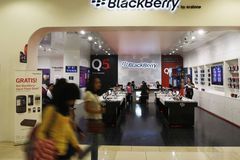 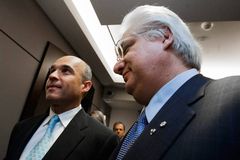 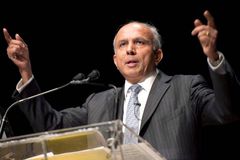 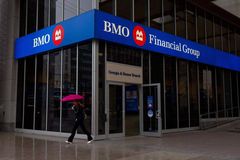 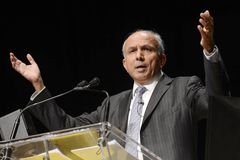 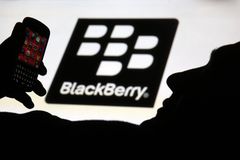