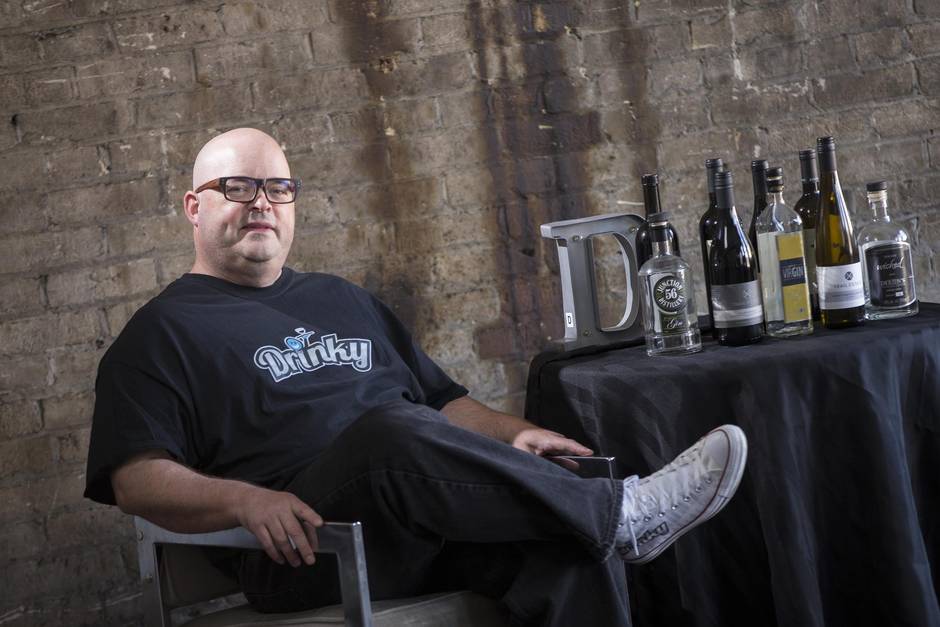 Bill Wittur, founder of the newly launched specialty drink website Drinky.ca, in his downtown London, Ont., office. ‘As rules change across the country, I’d like our brand to be recognized as the ‘go-to’ place for unique and unlisted alcoholic beverages.’ (Geoff Robins for The Globe and Mail)

King’s Court Estate Winery is a little winemaker renowned in the Niagara region of southwest Ontario for its easy-to-drink yet complex-tasting Queen Riesling.

It’s just one among a handful of sought-after offerings King’s Court makes from grapes it grows near St. Catharines.

And while the Zimmermann family may have founded the Canadian winery in the 1990s, its reputation for exquisite vintages stretches back centuries, says Roland Zimmermann, the chief operating officer of King’s Court Estate.

Back in the 1700s, he explains, his ancestral patriarch paid his taxes with a barrel of wine. “And the king decreed he loved it so much he only wanted to be paid with wine.”

Yet despite its rich history, King’s Court Estate wines remain today a treasured secret of the region, savoured mostly by family, friends and wine club members. And its products are rarely seen on the shelves of government-run liquor or independent wine stores.

But that’s about to change, Mr. Zimmermann hopes, now that its wines are listed on a new website called Drinky.ca. 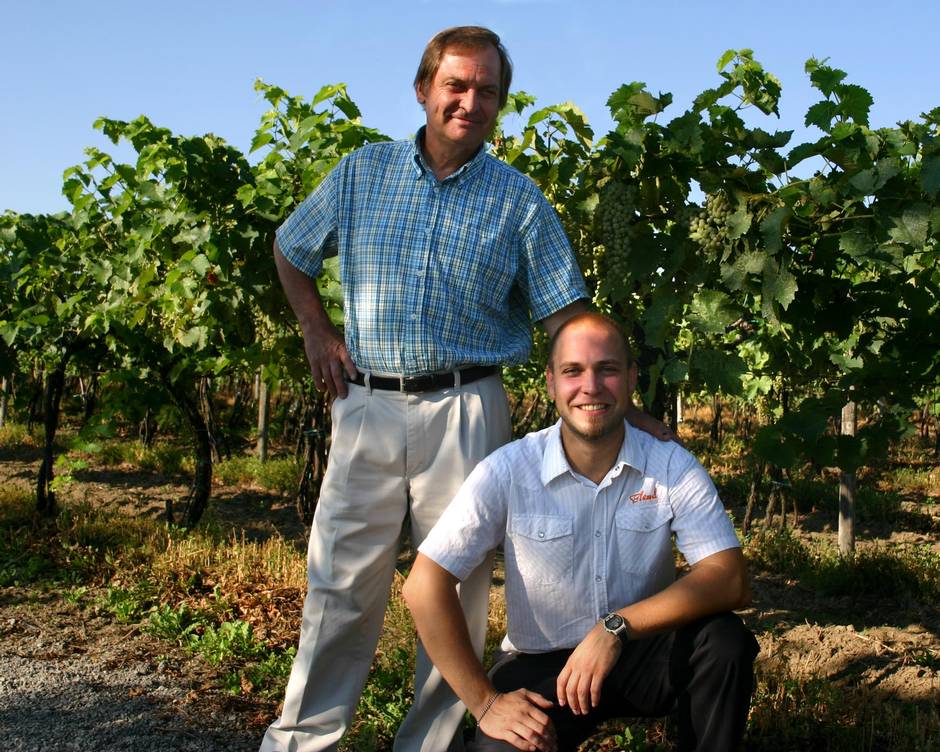 Josef and Roland Zimmermann of King’s Court Estate Winery near St. Catharine’s, Ont. They hope to expand their customer base by listing products on Drinky.ca ‘We’re still in the early stages, but we’re expecting a big boost for the Christmas season.’

The site aims to bring hard-to-find wine, beer, spirits and ciders to Canadians.

Although a major step for the small vintner, it’s an even greater leap of faith for the entrepreneur behind Drinky.ca, which lists alcohol for sale online across a national briar patch of provincial regulations.

“Trying to create a self-serve platform that is still onside with the regulators is very tricky,” says Bill Wittur, who worked previously as a wine agent in Ontario selling to private clients before forging a career in online marketing.

Websites listing wine or beer for sale are not new. Other pioneers have blazed that trail already, but they largely focused on selling within one province, like Ontario. Moreover, they have often sold only one type of alcohol: beer, but not wine, or wine but not beer. But Drinky.ca is forging ahead into uncharted regulatory territory by offering alcoholic beverages to all Canadians, in every province and territory.

Many brands are not sold anywhere else except directly by the producers themselves onsite.

But what’s truly revolutionary is that Drinky.ca has national reach, positioning itself for the anticipated liberalization of trade among provinces for locally produced alcohol. 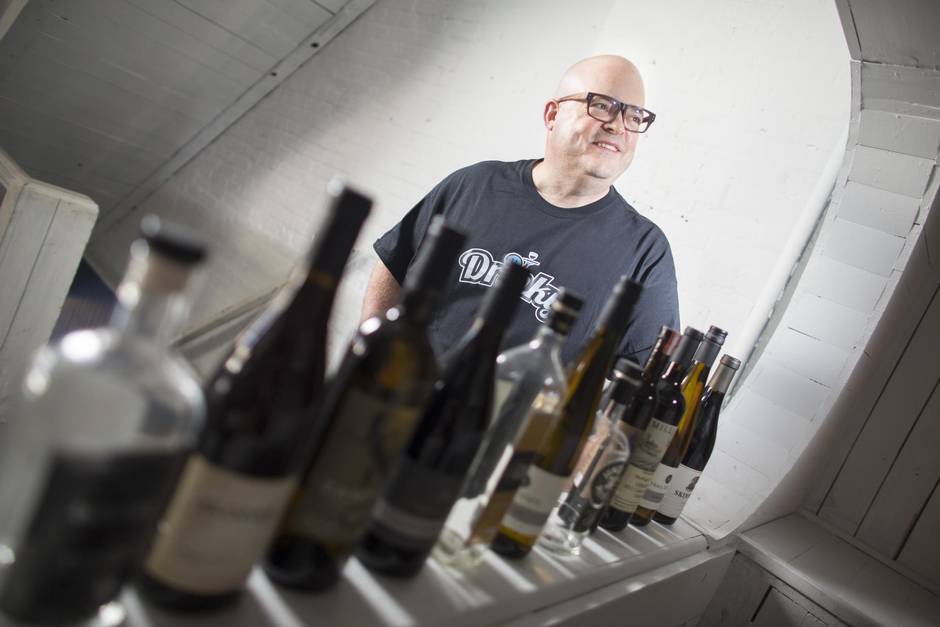 ‘Trying to create a self-serve platform that is still onside with the regulators is very tricky,’ Mr. Wittur says. (Geoff Robbins for The Globe and Mail)

Earlier this year, the premiers announced plans to strike a working group to explore ways to improve the trade in alcohol. Some are hoping they will remove barriers that make it difficult to purchase wine and other alcohol from producers in other provinces.

Recognizing the potential, Mr. Wittur launched Drinky.ca only a few weeks ago.

“It’s important to think of this as a national venture,” he says. “Our greatest objective here is to fully respect the law of the land, but we’re also aware that those laws are going to change.”

For the time being, residents of each province will be able to see only products available for sale in their respective province.

Mr. Wittur says regulation varies by province with some jurisdictions allowed to order from wineries in B.C. or Ontario while in others, that’s not possible. For example, it’s very difficult to buy B.C. wine in Ontario.

“Given the nature of the industry, we want to dip our feet slowly in the water as an approach.”

Most of Mr. Wittur’s contacts are within the Ontario industry. Consequently, the site has primarily focused on catering to Ontario customers who can legally buy locally made products or imports offered by agents licensed to sell their wares within the province. Selection for consumers in other provinces is a much smaller portion of the 600 products listed on Drinky.ca.

Yet one expert on “the byzantine liquor laws” in Canada sees no indication of how Drinky.ca is in compliance with each provincial and territorial regulatory body.

“For this system to be compliant, it must truly be the licensed agents or manufacturers who are handling the financial transaction – and this ‘listing service’ needs to be much more explicit about what they’re doing and how they’re doing it,” says Arnold Schwisberg, a lawyer with Schwisberg and Company Barristers and Solicitors in Toronto.

Mr. Schwisberg has been at the forefront of court challenges to Canada’s liquor laws that prevent Canadians from buying alcohol produced and sold outside their home provinces. And he says there is a reason no one has yet created an “Amazon.com of alcohol” nationally.

“Liquor sales across Canada are predicated on the idea that the sale is being made by the liquor regulator,” he says. “The licensing structure requires that any company offering liquor for sale is licensed.”

And that’s a major hurdle to overcome for 13 different jurisdictions, he adds.

Mr. Wittur says the company – which consists of him and a programmer – has indeed addressed this challenge. Alcohol is sold by licensed local producers and importers only to customers to whom they’re licensed to sell.

Moreover Drinky.ca is a portal listing difficult-to-find “artisanal” alcoholic beverages, he says. It’s the producers and agents who handle the transactions, including paying taxes, and delivery.

“Our revenue model is based on a combination of commissions, or a referral fee if you want to call it that, plus a monthly fee depending on the number of listings a supplier has,” Mr. Wittur says. For example, a winemaker would pay a 10 per cent commission on every sale up to a maximum of $10, while an agent representing several suppliers would also pay an additional $10 monthly fee.

Prices for products range from $10 to $320 for a bottle of Barolo. Shipping costs vary based on distance and weight, and are mostly provided by Canada Post. Delivery also includes an age-of-majority signature requirement.

“The resulting customer is usually what I classify as an enthusiast who is consuming alcohol in moderation, looking for discovery of new and unique products,” Mr. Wittur says. 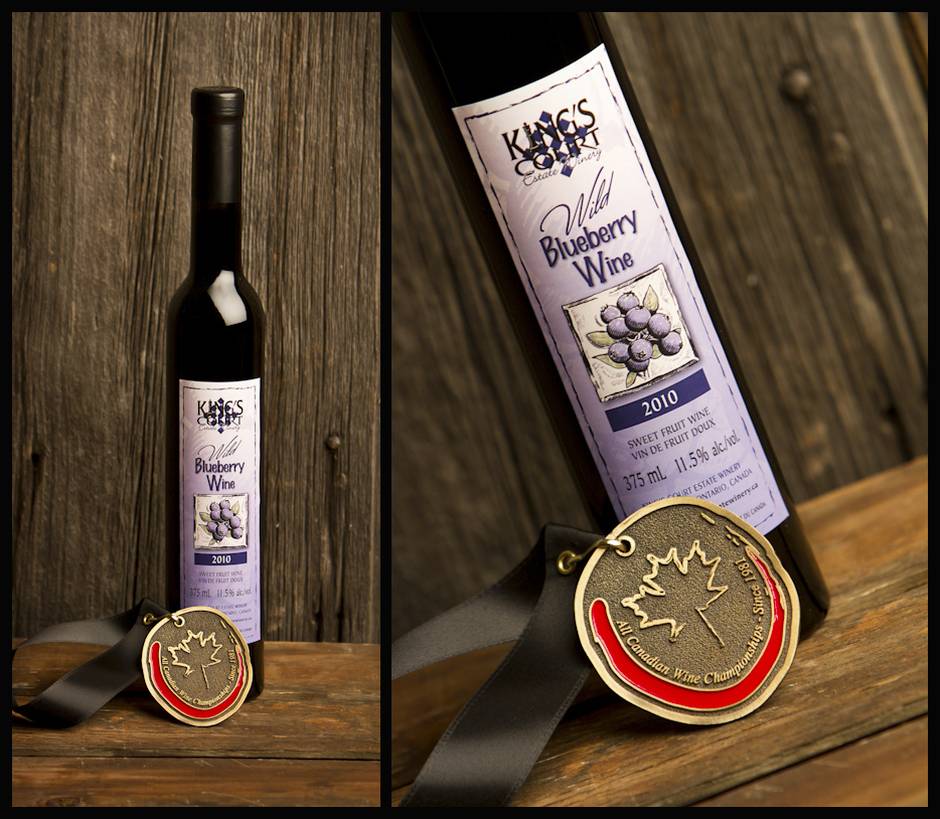 Up and running only a few weeks, it’s been a case of so far so good for Drinky.ca’s business model – at least from the perspective of Niagara winemaker King’s Court Estate.

“We started listing some of our products on Drinky in September, and the results have been quite interesting for us,” Mr. Zimmermann says, adding they’ve filled a few orders through the site already.

“We’re still in the early stages, but we’re expecting a big boost for the Christmas season.”

It’s that kind of testimony Mr. Wittur hopes will draw other small-scale, independent suppliers and agents to list on Drinky.ca.

“I’m not here to be an Uber-type business – I don’t want to disrupt things,” he says. “What we’re after here is to create a platform in this digital shelf space for these suppliers and importers to showcase and increase visibility of their products.”

Mr. Wittur adds Drinky.ca’s growth model allows it to work within the current regulatory framework. The aim is to prove it financially viable within the first year, adding more products, sellers and customers. But further growth and revenue will come from opening the site to advertising for products, while trying to attract financing to scale up the company in size.

“As rules change across the country, I’d like our brand to be recognized as the ‘go-to’ place for unique and unlisted alcoholic beverages.”