Glenn Johnson was not satisfied with being just one in British Columbia's long list of local clean-tech companies. Instead, the chief executive officer of Endurance Wind Power Inc. set an ambitious goal for the Surrey-based company soon after its formation: to become a world leader in distributed wind turbines.

Now six years into the mandate, Endurance has installed more than 600 wind turbines in Britain to date, has established a manufacturing facility on the other side of the Atlantic and has now targeted Italy as its third foreign market after Britain and the United States, the company says.

The company's growth has been fast but it took some creative problem solving, including getting some financing help, for the company to expand abroad.

"It is not as simple as people want to buy your product and we have the ability to sell it to them," said Mr. Johnson, who was named Ernst and Young's 2013 Pacific Entrepreneur of the Year by the international consulting firm.

"There is a lot involved in setting up your distribution network, setting up your installation network, service and maintenance," he added. "It is a lot more than I think anyone anticipated. We knew it would be hard and we still found it even more challenging, even though we had great success. It definitely is not something for the faint of heart."

Endurance Wind Power's early challenge was ensuring it had sufficient cash flow to bridge the 45-day gap between building its wind power products in North America and shipping them overseas. "Typically, they are not going to want to pay you for that product until it is in their hands, or at least in their country."

One strategy the company used early on was to push for customers to place a sizable deposit on the wind turbines or even to transfer ownership of the constructed unit to the buyer as soon as it left the company's manufacturing facility. "That has been very helpful because once we load it on our dock, the customer is responsible for shipping and any problems with the shipping and turbine from that point."

Endurance also faces the challenge of high carrying costs because many of the key components of its turbines are imported from the United States and Europe and those parts purchases are not typically recouped until the final product is sold.

Because domestic banks are often reluctant or unwilling to lend to Canadian companies looking to break into foreign markets, Endurance sought out Export Development Canada (EDC) to guarantee a line of credit from its bank to allow it to purchase the E-Series turbine technology that has become its mainstay product.

Securing that financial backstop was critical but was far from a guarantee of international success, Mr. Johnson stressed. "You can't rely on EDC to get you into a new country."

"You really not only have to do your homework on whether there is a market. … It is what are all the pieces of the puzzle – almost like a process map of everything that you need to do to sell, and in our case install, a unit in a different country."

Mr. Johnson and his management team thought they did a good job of evaluating the market in Britain, and still found "many things that you either underestimated or didn't account for."

The Endurance CEO said companies with international aspirations should seriously consider seeking local expertise. In his company's case, the management team decided to carry out that function by immersing themselves in the local market, in their case meeting with and understanding the requirements of its target market: wealthy farmers who wanted independent electric power.

"We put boots on the ground and just started talking to distributors, talking to installation crews, talking to customers and just understanding what the lay of the land was," he said.

Endurance started shipping the first of a handful of wind turbines to Britain in the latter half of 2010 and within a year, demand grew to the point that it made sense to establish an assembly plant there to supplement the one it had in Surrey. The company now has a total of about 170 employees.

While Endurance's expansion in Britain has gone more or less smoothly, the company's move into Italy in 2012 has been much more difficult. "It's a tougher market to deal in, it is not all English-speaking, very different market dynamics than the U.K.," he said.

Beyond different banking systems and electrical grid in Italy, compared with Britain, Endurance found that its preferred base of clients, financially well-off farmers, are not thick on the ground in Italy. Instead, it was forced to create a new business model that relies on selling turbines to investment groups that want to own turbines, as well as Endurance owning turbines on leased land and selling the energy that the turbines produce.

The latter business model, which has a four- to seven-year payback period, would not have been successful for Endurance in its early days, Mr. Johnson said. "Financially we couldn't have. That model is very capital intensive. Instead of getting a significant margin on hundreds of thousands of [dollars of] revenue, you are instead putting several hundred thousand dollars to work and getting that back $5,000 at a time.

"So we have dipped our toe in that and now we are in a half-decent cash position, so we are building that business and growing our business exponentially." 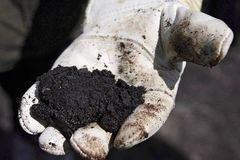 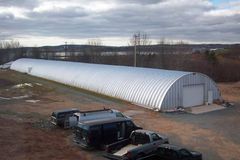 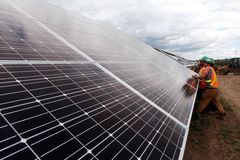 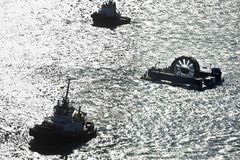 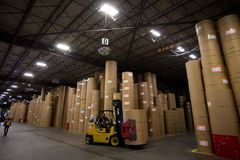 Enbridge benefits from Germany’s winds of change Subscriber content
May 12, 2018 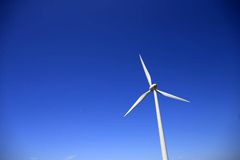