PETER SHAWN TAYLOR
Contributed to The Globe and Mail
Published February 15, 2016 Updated May 16, 2018

Anxiety about foreign investment and its impact on our economic and cultural sovereignty has a permanent presence in Canadian political discourse. During the 1960s and 1970s, however, economic nationalism reached fever pitch. It was a constant theme in the media, particularly at the CBC and Toronto Star. The popular polemic Silent Surrender: The Multinational Corporation in Canada argued we were being "recolonized" by American corporate interests. Task forces were struck. And in response, the federal government attempted to wall off Canada from outside investment with such things as the Foreign Investment Review Agency and National Energy Program.

Throughout this heated debate, University of Toronto economist Edward Safarian, who died on Jan. 29 at the age of 91 in Toronto after being hospitalized for a heart attack, often found himself alone and apart from the mainstream opinion that demonized foreign investment. He did, however, have the facts to keep him company.

Beginning in the 1950s, Prof. Safarian pioneered the study of foreign direct investment in Canada. Given the emotional and politically charged nature of the debate, he sought to bring clarity through empirical rigour. His groundbreaking 1966 book Foreign Ownership of Canadian Industry was built on a laborious (pre-Internet) survey of hundreds of foreign and domestically owned companies. This evidence demolished persistent complaints that foreign firms were destroying the Canadian economy. In fact, there were important advantages arising from the inflow of technology, know-how and capital. Foreign investment was actually crucial to Canada's success.

There were personal, as well as professional, consequences to championing such heresy. "Some kids are going to tell you your Dad's un-Canadian," Prof. Safarian once warned his young son David Safarian. "But I'm not. It's just that we need competition, and some of that has to come from outside Canada."

On the schoolyard, campus and beyond, Prof. Safarian was eventually proven entirely correct. "Well in advance of the rest of the world, Ed came to the conclusion that, on balance, foreign investment is a good and necessary thing," said Richard Lipsey, professor emeritus at Simon Fraser University and himself a noted economist. "To deny foreign investment is to deny your country's participation in the entire process of globalization."

"Safarian was ahead of his time," agreed the late Alan Rugman, an eminent international economist, in a 2004 appreciation of Prof. Safarian's work. "Only in the last 15 years has mainstream Canadian public opinion caught up with the economic reality of North American interdependence as recognized by Safarian."

Albert Edward Safarian was born in Hamilton, Ont., on April 19, 1924. His parents were among the first Armenians to immigrate to Canada and he maintained a close connection to this heritage throughout his life. After moving to the hardscrabble Cabbagetown district of Toronto, the Safarian family experienced the full force of the Great Depression; in the struggle to find work, his father handed out boxes of candy to insurance company secretaries in hopes of repairing cigarette burns in executive office carpets.

"The Great Depression left a huge mark on me," Prof. Safarian recalled in a taped 2012 interview. "Why did this stupid thing happen? How did it ruin so many lives? And what could we do to prevent something like this [from happening again]."

Following an undergraduate degree at University of Toronto, he took up PhD studies at the University of California, Berkeley, where his thesis was on Canada in the Great Depression. Here he also met Joan Shivvers, who became his wife of 64 years.

Returning to Canada, Prof. Safarian first worked at the Dominion Bureau of Statistics (the forerunner of Statistics Canada) before moving to academia in 1956, teaching at the University of Saskatchewan and then the University of Toronto, where he served as dean of the School of Graduate Studies from 1971 to 1976. His sterling academic reputation led to a host of honours, including his appointment as president of the Canadian Economics Association and Fellow of the Royal Society of Canada. He was also named a member of the Order of Canada.

Widely recognized for his painstaking methodology, Prof. Safarian had a research agenda that expanded in step-wise fashion. He systematically examined many of the most pressing aspects of Canadian public policy, including federalism, free trade, the rise of Asian markets and the role and governance of multinational corporations. "It was all of a piece," recalled Prof. Lipsey of this body of work. "Starting with his examination of the causes of Great Depression and the unemployment it engendered, Ed moved on to the role played by the collapse in investment, and from there to the nitty-gritty of related issues."

After establishing the advantages of foreign investment within Canada, Prof. Safarian later turned his attention to the impact on the domestic economy of investments made abroad by Canadian companies. Rather than sending jobs overseas, as prevailing opinion had it, his research showed outward investment actually led to an increase in exports, as new markets were opened to Canadian products and services.

Largely eschewing the media spotlight, Prof. Safarian focused his efforts on influencing policy makers, as well as his fellow economists. He turned down repeated offers to enter politics. "Every party, even the NDP, asked him to run for them at one time or another," noted son David Safarian. "But he didn't think he could be a politician. Compromise was not in his blood."

Prof. Safarian was tirelessly productive, so when confronted with his mandatory retirement from the University of Toronto's economics department in 1989, he simply moved to a contract position at the university's Joseph L. Rotman School of Management, where he continued researching and taught in the executive MBA program.

In 2004, on the occasion of his 80th birthday, colleagues at the University of Toronto and elsewhere organized a Festschrift to honour his academic achievements. "The who's who of the academic international business community attended," recalled Walid Hejazi of the Rotman School, himself a frequent collaborator with Prof. Safarian. It may have been a celebration of his life's work, but by no means did it mark its conclusion.

Prof. Safarian's final work, published last year at the age of 91 by the C.D. Howe Institute, was in keeping with the theme of his entire career: a stinging criticism of current federal restrictions on foreign direct investment. While the Foreign Investment Review Agency, National Energy Program and other obstacles to prosperity have long since been dismantled and Canada has become a leader in free trade − in large part due to Prof. Safarian's early work − he pointed out a lack of regulatory transparency and imprecise "net benefit" test were preventing Canadians from taking full advantage of international investment. "Canada's policies on foreign direct investment," he wrote, "are in disarray."

Beyond his 60-plus years of academic output, Prof. Safarian entertained a wide variety of interests and hobbies. He was an enthusiastic fisherman, traveller and art patron, particularly as a collector of rugs from Armenia and the Caucasus. Friends and family point to the striking absence of rug-less floor or wall space in his house as evidence of this passion; he contributed several rugs to a recent exhibition at the Textile Museum of Canada, gave talks on the subject and hosted museum meetings at his home.

He was also a member of the legendary Poet's Corner, a Friday lunch salon frequented by Toronto's pre-eminent novelists, poets, photographers, performers and broadcasters since the 1980s. "There were so many sides to his character," recalled Poet's Corner founder Jack MacLeod, author of the 1979 bestselling novel Zinger and Me. "He was widely read in modern literature, a great collector of art and extremely well travelled. He just fit right in with all these people." (Mr. MacLeod does, however, lament that on occasion Prof. Safarian "would rear back and give us all a lecture on some topic in economics, whether we wanted it or not.")

Explaining his enormous capacity for work and pleasure is perhaps the greatest challenge to appreciating Prof. Safarian's accomplishments. "He wasn't a fireball of energy," noted Wendy Dobson, former president of the C.D. Howe Institute and currently professor at Rotman, who collaborated with Prof. Safarian on a variety of Asian-themed topics. "However, he was extremely authoritative, thoughtful and hard-working with a great capability for listening and putting issues into context. And he was a formidable intellect."

Prof. Safarian was predeceased by his wife and son Mark. He leaves sons David and Paul, daughter Laura and six grandchildren. A memorial service will be held at Mount Pleasant Visitation Centre on March 5 and a celebration of his academic achievements will take place at the University of Toronto's Massey College on March 8.

Finally, as might be expected, Prof. Safarian also leaves behind a lengthy to-do list. "We were still planning our next research project just three months ago," said Prof. Hejazi: a rigorous examination of the effects of foreign mergers and acquisitions on the Canadian economy. "It's hard to get the data, but it is a study he thought needs to be done." 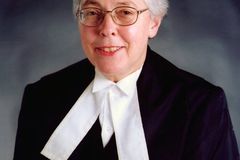 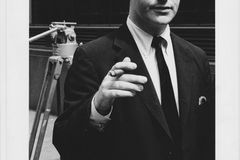 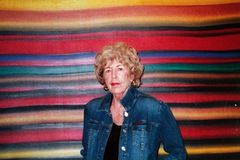