The idea that we are trapped in a new normal of slow economic growth has gained currency with many analysts. Proponents list a number of factors that are allegedly restraining the trend of growth, including the lingering impact of the 2008 financial crisis, an aging population and even a slowdown in the underlying rate of innovation and technological change.

Christopher Ragan argues that Canada's governments have run out of options to stimulate the economy; others cite the uncertainty created by the unprecedented monetary and fiscal stimulus in response to the financial crisis and recession as a major drag on the recovery itself.

In a paper released last month by the Fraser Institute, I argue that slow growth early in a recovery is not unprecedented and does not augur that weak growth will continue. There is reason to believe that pessimism about growth will prove to be an overreaction to the current environment, just as happened in the 1930s (when the phrase "secular stagnation" was first coined) and 1970s. These past periods of prolonged slow growth ended when governments adopted better and more predictable policies.

The U.S. economy is improving as the price of oil falls and the lingering effect of the financial crisis dissipates, which is typical seven years after its onset. The United States seems poised to return to above-trend rates of growth, as shown by a string of strong employment reports. In Canada, both gross domestic product and employment surprised to the upside in the latest month, even as a majority of Canadians say they think the economy is in decline.

The last time a slumping resource sector and robust growth in the United States occurred simultaneously was in 1998, when growth in Canada accelerated (commodities were hit by the Asian financial crisis). The implication is that a stronger U.S. economy can trump lower commodity prices. The importance of our resource sector has increased since then, which will dampen growth somewhat, but the impact will be less for the real economy than for the stock market, which appears to be driving the public's perception of how much difficulty the economy is in.

Other structural headwinds are unlikely to offset the impact of an improving U.S. economy. An aging labour force is much more of a problem for Europe and Japan than North America, which has a younger population that is not projected to contract in the future due to high immigration. The possibilities for innovative technological change remain encouraging for growth, although this variable is the most difficult to project.

In Canada, growth since the recession has not been unusually weak compared with the previous two decades. Last year's real GDP growth of 2.5 per cent exceeded its 25-year average, which was reflected in the adult unemployment rate already reaching the historically low level of 5.5 per cent.

Canada is well positioned to take advantage of an upturn in the U.S. economy, since the lingering effect of the recession in our financial sector and labour markets was much less pronounced than in the United States. This will help Canada overcome the slump in commodity prices. A further boost to growth would come from a better policy framework, especially in Central Canada where provincial government debt continues to increase. More policy stimulus, such as the Bank of Canada's surprise interest rate cut in January, is not needed in North America at this time; growth would be better served by more predictable policies.

Philip Cross is a Senior Fellow at the Macdonald-Laurier Institute.

Opinion
Our middle-class obsession is leaving too many Canadians behind
March 24, 2015 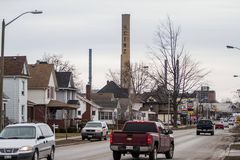 What the end of the commodity supercycle means for Canada
Subscriber content
April 8, 2015 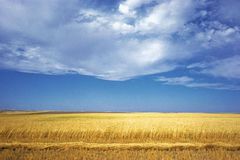 Jobs-report trends point to deepening woes in the months ahead
Subscriber content
April 5, 2015 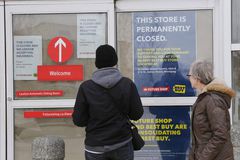