The head of Strategic Group, a real estate company that has focused mainly on buying and building office space in the Calgary area, is setting his sights on a new market: rental housing.

Mr. Mamdani has five apartment buildings under construction in the region. By June, he hopes to boost that number to nine. Over the next three years he hopes rental housing will grow to make up half his Alberta real estate portfolio, up from about a fifth today.

The shift is a result of what's been happening in Alberta's energy sector. Oil prices have continued to slide, killing demand for new office space and making rental housing – a more stable, if less profitable venture – that much more attractive.

"We see an opportunity that we couldn't have otherwise been pursuing but for the fact that the more lucrative opportunity, which has always been office buildings in our portfolio, doesn't make sense today," he says.

Mr. Mamdani is not alone in that assessment. Analysts got a surprise when housing starts actually rose in November across the Prairies, along with most other markets in Canada.

"This will be a record-breaking year for multifamily housing," says Christina Butchart, Canada Mortgage and Housing Corp.'s market analyst for Edmonton.

Multifamily housing starts are on track to hit their highest levels recorded in Edmonton in 2015, while in Calgary they are expected to hit their second-highest levels since 1981. More than a third of that jump in both cities has come from a surge in rental construction.

It's a trend that has also taken root in markets such as Quebec City, Ottawa and Winnipeg, where developers have responded to a glut of unsold condo inventory by building rentals instead.

But the high levels of rental construction in cities such as Calgary and Edmonton are all the more surprising because vacancy rates have soared there this year in the face of rising job losses. Calgary's vacancy rate was 5.3 per cent in October, up from 1.4 per cent a year earlier.

The surge in new apartment construction is partly an echo of the past as developers proceed with projects that were conceived back when the housing market was still hot and Alberta still had among the tightest rental markets in the country.

"That planning happened three years ago when everybody thought that oil was going to $200," says Bob Dhillon, CEO of Mainstreet Equity Corp., a rental apartment company whose portfolio is concentrated in Alberta and Saskatchewan.

Alberta's rental market is also being sustained by an insatiable appetite among institutional investors to buy rental housing coupled with a chronic shortage of new construction.

Investment in rental housing has more than doubled in Calgary this year, real estate brokerage Avison Young said in a mid-year report. That was driven by higher prices, rather than more properties changing hands, as the price per unit investors paid for rental housing in the city hit its second-highest point in the past 25 years.

But industry players say the biggest factor driving new rental construction in the province is access to cheap financing thanks to exceptionally low interest rates. That has kept the cost of construction down and also meant that fewer landlords are forced to sell off distressed properties.

"What's happening now is what happened in 2009 and 2010," Sam Kolias, head of Alberta-based rental landlord Boardwalk REIT, recently told analysts. "There just weren't sales because apartment owners have access to capital, very inexpensive capital, and they are not under any pressure to sell."

Falling interest rates have more than made up for the increase in vacancy rates, Mr. Dhillon says. "Even if your vacancy rate goes up 3-4 points, your interest rate had dropped from 4.5 per cent to 2.5 per cent," he says. "You're actually ahead of the game from five years ago in terms of cash flow."

Mr. Mamdani acknowledges a rise of little more than half a percentage point in rates could derail his plans to build more rentals. "If the indicators change and the increase might be greater than half a point, then we may have to reassess our enthusiasm for the business," he says.

Still, he expects the same forces that have traditionally fuelled demand for rental housing in Alberta, a young and growing population and a lack of high-quality modern rental buildings, to continue driving the market next year even if oil prices stay low.

"There's more people in Calgary and Edmonton without a place to stay," Mr. Mamdani says. "I do expect the projects I'm building to be full when they're built."

Canada’s housing market could finally cool down in 2016 Subscriber content
May 16, 2018 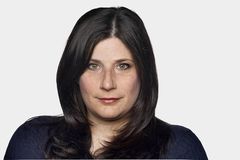 Opinion
As Canadian real estate hollows out, our policies speak at cross-purposes
May 16, 2018 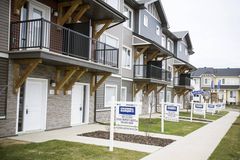 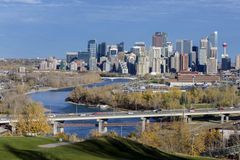 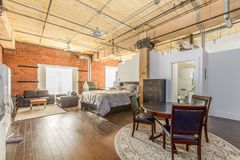