The federal government is setting aside $250-million for car companies and their suppliers, its first auto-subsidy program since the industry bailout in 2009 and a signal that Ottawa will keep offering money to sustain automotive jobs in the country's manufacturing heartland.

Prime Minister Stephen Harper announced at a Ford Motor Co. plant in Oakville, Ont., on Friday that the government will renew the five-year Automotive Innovation Fund it established in 2008. The original fund, which required companies to invest their own money to access government cash, helped generate $1.6-billion of research-and-development and innovation projects, senior government sources said.

"The Automotive Innovation Fund has a proven track record of generating results for Canadians in terms of jobs, prosperity and foreign investment in Canada," Mr. Harper said in a statement Friday.

The five-year renewal comes amid a controversy over government assistance to the auto industry, after the announcement by General Motors of Canada Ltd. in late December that it will shift production of the Chevrolet Camaro from Oshawa, Ont., to a plant in Michigan in 2015.

The federal and Ontario governments contributed $10.6-billion to the bailout of General Motors Co. during the 2009 recession, when the company restructured under court protection.

While GM has promised it will meet production commitments it made to governments in return for that money, the Camaro decision threatens the long-term future of several thousand jobs in Oshawa. Federal Industry Minister Christian Paradis said last month the company owes Canadians an explanation for the planned shift.

Ottawa is renewing the fund to help the auto-manufacturing sector remain competitive and protect close to 500,000 direct and spinoff jobs linked to the auto industry, government sources said.

"Our Conservative government remains focused on creating jobs and keeping Canada's automotive-manufacturing sector globally competitive and growing," a senior government source said. The money is to go to research-and-development projects.

Auto makers in Canada and parts suppliers are humming as the U.S. auto recovery picks up steam. That market is the destination for about 80 per cent of the vehicles assembled in Canada, while U.S. assembly plants are the biggest customers for Canadian parts makers outside their home country.

But the industry's long-term competitive position is being eroded by the high value of the Canadian dollar, which makes it more expensive to assemble cars here. Last year, the Canadian divisions of the three Detroit-based auto makers negotiated new contracts with their unions that included a wage freeze and concessions on the employee pension plan.

In addition, the federal and Ontario governments are competing for investment – in new plants and existing factories alike – with southern U.S. states and Mexico, which are throwing hundreds of millions of dollars worth of subsidies at car companies.

The governments and industry executives have watched a torrent of grants, loans and other assistance turn Alabama, Mississippi and other states into Detroit South in the past decade, and give Mexico such a boost that that country now surpasses Canada in annual auto production.

Those four companies and Honda of Canada Manufacturing, however, have spent billions of dollars upgrading other facilities in Canada.

The announcement is being made while Ottawa and the Ontario government study a request from Ford for more than $400-million in financial help to redevelop the assembly plant where Mr. Harper is scheduled to make the announcement. Ford Motor Co. of Canada Ltd. has not been notified by the federal government of any decision regarding that proposal, spokeswoman Lauren More said Thursday.

The Canadian Automotive Partnership Council, an industry-union-government group that makes recommendations on auto policy, has been a strong proponent of incentives. Group chairman Don Walker, who is also chief executive officer of auto parts maker Magna International Inc., has pointed to the thousands of spinoff jobs and billions of dollars in tax revenues created by auto plants as a key reason for Canadian governments to offer incentives.

Magna employees, for example, paid about $2.4-billion in income tax and employment insurance and Canada Pension Plan premiums over the past 10 years, Mr. Walker said.

The "primary reason we are here is because assembly plants are here and once they are gone, they don't come back," he said. "Governments around the world support their auto industry because they realize the importance to the economy. Many of them do whatever it takes to keep manufacturing healthy. This should be no different for Canada."

(Editor's note: An earlier online version of this story incorrectly stated the time duration of payments by Magna employees.) 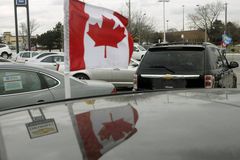 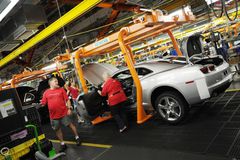 The cut-rate battle for the high-end auto buyer
December 18, 2012 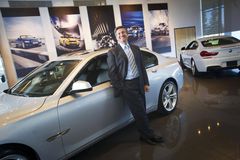