The Bank of Canada's closely watched quarterly survey of business sentiment shows that the country's businesses are under the tightest capacity pressures since before the Great Recession, perhaps giving the central bank's policy makers the last piece of evidence they need to raise interest rates again next week.

In the central bank's fourth-quarter Business Outlook Survey, released Monday, 56 per cent of participants said they would have "some" or "significant" difficulty meeting an unanticipated increase in demand, up from 47 per cent in the third-quarter survey, and the highest reading since the 2007 fourth quarter. Businesses also reported increasingly intense labour shortages that are restricting their ability to meet demand.

Companies reported that they are increasing hiring and capital investment to address these tight capacity conditions, in the face of what they say is still-growing demand, although they did say that they expect the pace of sales growth to moderate in the next 12 months.

The survey, involving senior managers of about 100 firms, was conducted from Nov. 14 to Dec. 8.

The report solidifies the case that has been building for the Bank of Canada to raise interest rates by another one-quarter of a percentage point, to 1.25 per cent from the current 1 per cent, when it issues its first rate decision of the new year on Jan. 17, after taking a pause on rate hikes following two increases last summer. The survey confirms recent indications from economic data that the economy is running full-out, with little or no spare capacity left to meet strong demand – a classic recipe for rate increases.

"The Bank of Canada's business outlook survey was the last key piece of the puzzle for a rate hike this month," said Avery Shenfeld, chief economist at Canadian Imperial Bank of Commerce, in a research note. "A majority now see either some or significant difficulty in meeting a demand increase, and indicate that the economy is near full capacity."

In its December rate decision as well as in a speech from governor Stephen Poloz last month, the central bank said it would be "cautious" in raising rates, and that its decision on further hikes would be "guided by incoming data." Those data have recently been flashing the green light for the central bank to go ahead with further rate hikes, as they point to fast-tightening capacity and growing inflationary pressures.

Expectations for a rate hike surged last week after Statistics Canada reported that the economy turned in another gangbuster month for employment in December, adding 79,000 net new jobs and lowering the unemployment rate to 5.7 per cent, the lowest since the statistical agency began collecting comparable data in 1976. That suggested that slack in the labour market – something the Bank of Canada has repeatedly expressed concern about, even as measures of spare production capacity have shrivelled to nothing – is quickly tightening. Recent economic indicators have also shown a significant pickup in inflation to slightly above the central bank's 2 per cent target, and an encouraging recovery in export growth.

The Business Outlook Survey confirms that view that any remaining slack in the economy is disappearing, both in terms of labour and capital.

"Pressures on firms' capacity are pervasive in British Columbia, but are also becoming more apparent in central Canada," the Bank of Canada's report said. "Survey results suggest that economic slack is now largely limited to the energy-producing regions."

And notably, businesses don't seem to be letting concerns over the NAFTA trade negotiations darken their optimism – something the central bank has been watching for as it gauges how this key uncertainty might discourage investment and business expansion.

"While respondents are increasingly concerned about the renegotiation of the North American Free Trade Agreement and rising protectionism more generally, most see healthy U.S. growth and the low Canadian dollar benefiting their sales over the next 12 months," the report said. "Views on the U.S. economy have strengthened due to expectations of upcoming tax reforms and strong US consumer demand."

"On balance, firms expect an acceleration in export growth," the central bank said.

"Firms remain generally upbeat on the outlook, despite concerns surrounding NAFTA and minimum wage hikes," said Bank of Montreal chief economist Douglas Porter in a research report. "The Bank of Canada will take this as a loud hawkish signal."

Financial-market indicators also signalled that the results of the survey have all but cemented a hike at next week's rate decision. At midday, the bond market was pricing in an 86-per-cent likelihood of a quarter-point hike, up from 81 per cent an hour before the survey was released. Before last week's employment report, the market was pricing in only about a 40-per-cent chance of a hike.

Prepare for higher interest rates as early as next week
Subscriber content
January 7, 2018 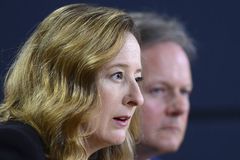 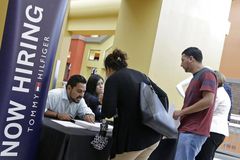