It's the business buzzword of the moment: "reshoring."

After spending a couple of decades advising Western clients on how to "offshore" their production facilities to low-cost jurisdictions in Asia, business consultancies say it might be time to bring some of that work home.

The combination of rising wages in China, elevated shipping costs and a rethinking of supply chains is making North America the hot "new" global manufacturing hub. Boston Consulting Group predicts the combination of production returning from China and increased exports will create between 600,000 and one million jobs in the United States over the next decade.

"We think it has just begun," said Hal Sirkin, a senior partner at Boston Consulting in Chicago. "We're starting to see the early movers in the process."

This wave has yet to touch Canada's shores, reflecting the country's status as a relatively expensive place to assemble gadgets, parts and machinery. That raises a policy question for officials in Ottawa and the provincial capitals that they haven't had to consider for a long time: How far are they willing to go to win factory work?

The offshoring phenomenon of recent times represented an exodus of manufacturing jobs from North America; the return of that work will represent a fraction of what was lost. That means that if Canada wants a piece of the action, governments will have to lure corporate decision makers with incentives and policies that offset the country's stronger dollar, higher labour costs and distance from key markets in Europe, Latin America and Asia.

"We're not going to get the jobs back without the involvement of policy makers," said Tony Grnak, who leads Deloitte's team of Canadian manufacturing consultants in Toronto.

The United States is replete with anecdotes about global manufacturers relocating Asian production to places such as Athens, Ga.; Wichita, Kan.; and Milwaukee, Wis. In Canada, such success stories are rare, if they exist at all.

Ontario's Ministry of Economic Development this year has announced agreements with four companies that are expected to create more than 300 positions. None are the result of relocation or new production by global manufacturers.

The state of Georgia, by contrast, has made announcements with nine manufacturing companies in 2012 for a total of almost 4,500 jobs. Caterpillar Inc. and Toyota Industries Corp. will move production that is currently done in Japan. Starbucks Coffee Co., pharmaceutical company Baxter International Inc., and Erdrich Umformtechnik GmbH & Co. KG, a German maker of metal parts for automobiles, all said they would build factories to supply North American customers.

Since the beginning of 2010, the U.S. has added more than 300,000 factory jobs. Canada has added about 25,000 over the same period, according to Statistics Canada's survey of company payrolls.

The manufacturing renaissance has its skeptics.

There were 14 million people employed at U.S. factories before the recession, compared with about 12 million now. The industry's inflation-adjusted investment in structures, an indicator of growth, remains below the average of the past 40 years, according to Brockhouse Cooper, an economics advisory firm in Montreal. Manufacturing wages still are at their average of the past couple of decades, once adjusted for inflation, suggesting many of the new jobs come with lower salaries.

"Beyond the anecdotal news items, we see little evidence of revival of U.S. manufacturing," Brockhouse economists said in a report last month.

There are no doubters at the White House. U.S. President Barack Obama has put the revival of the manufacturing industry at the centre of his economic policy. While he proposes lowering the federal corporate tax rate to 28 per cent from the current 35 per cent, he would drop the rate on manufacturers to 25 per cent. He also is pushing a national infrastructure program, and is taking a harder line on Chinese imports that the U.S. alleges are unfairly priced.

"We do believe that even if today only 12 per cent of the U.S. private sector work force is employed in manufacturing, it is a sector that punches above its weight," Gene Sperling, the director of Mr. Obama's National Economic Council, said in a speech in March. Noting the tight link between factories and innovation, Mr. Sperling added that "it is certainly fair to think of the need to invest and preserve manufacturing activity as an issue of national competitiveness."

Few, if any, Canadian policy makers talk about manufacturing in this way.

Perhaps that's for the best. In his speech, Mr. Sperling acknowledged that many economists, if not most of them, believe economic policy should be neutral – that it is, it should not favour particular sectors.

But a neutral approach risks losing out on the manufacturing jobs that return to North America. Boston Consulting sees the bulk of them going to the United States, in part because Mexico doesn't have the capacity to absorb the influx. "There will be some that go to Canada, but it will be a small amount," Mr. Sirkin said. "The cost of operating in Canadian dollars is very high."

Consider the Caterpillar jobs in Georgia. In the autumn, the company announced that it intended to shift production of smaller bulldozers and excavators to North America from Japan. Ontario was one of dozens of jurisdictions that competed for the facility. "We made a strong case," said Brad Duguid, the province's Economic Development Minister. "We understand it was considered."

Mr. Duguid declined to say why he thought Caterpillar in February opted for Athens, Ga.

Because Caterpillar intends to export about 40 per cent of the machines it makes at the new plant, Georgia had a considerable advantage in Savannah, which has a deep-water port equipped to handle the supersized cargo ships. Georgia also is a "right to work state," impeding unions' ability to organize shop floors, lowering wage rates.

Mr. Duguid insists that Ontario will win its share of new factory work. The province has competitive tax rates, and the labour force is highly skilled. Premier Dalton McGuinty's government won't get involved in a "race to the bottom" by competing on lower wage rates, Mr. Duguid said.

Still, the McGuinty government has established a council of executives, labour leaders and academics to consider ways to boost Ontario productivity, an acknowledgment that attracting new jobs won't be easy. "The competition is fierce," Mr. Duguid said. 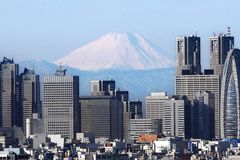 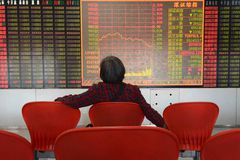