We know Canada is cool, but it's not so obvious to our global competitors. So we asked these accomplished Canadians to come up with creative ideas for giving our country a more vibrant image internationally.

Create a nation of ambassadors

How do you solve a problem like Brand Canada? If you think it involves refashioning the national logotype (which somewhat bizarrely lives across everything from government offices to ministerial press releases to CF-18s) with a new font and a slightly retinted maple leaf, then you'd stand accused of frittering away hundreds of millions of dollars on an exercise that would have little to no effect. Needless to say, there are legions of people in Ottawa who have already mastered this task with flying colours.

As Canada's national brand continues to wither and fade on a world stage dominated by a clutch of nations who are feverishly working on their soft-power attributes (cue South Korea, Colombia and Qatar), while another squad somewhat effortlessly continues to win friends and attract tourists (Australia, Britain, New Zealand and Denmark), we shouldn't be concerning politicians, advisers and overpaid consultants with rethinking our national image in typography and slogans. We should be getting up from sun-loungers, couches and office chairs and getting out in the world – and I don't mean for a trip to another province or a jaunt south of the border. I mean living and working abroad for no less than a year.

If Canadian CEOs and diplomats are feeling they're on the back foot in Southeast Asia and Latin America, if young entrepreneurs are finding themselves misunderstood in European capitals, and if NGOs are lacking the thrust they feel they deserve in Central Asia, it's because Canadians aren't venturing abroad for long periods like they used to. "Why go abroad and discover when you've got it so good at home?" asked one of our high commissioners in a Southeast Asian capital recently. "When Canadians are out in the world trading, teaching, learning and helping out, our equity rises. But you can't do that on a two week postgraduation tour of Europe."

Talk to many a Canadian in business in Hong Kong, Tokyo, Jakarta and even London, and they'll say our Aussie cousins run circles around us because they travel the world and build up strong networks in multiple capitals. Canadians, on the other hand, spend an exorbitant amount of time trying to create contrived networks that never quite stick.

Rather than slapping the poor, overworked maple leaf on yet another fuselage or podium, why not encourage more young Canadians to get out in the world for a sustained period of time and experience new nations, start businesses, teach languages and build real, lasting networks? That's how solid, meaningful national brands are built.

The South African native is a principal with Diamond Schmitt Architects in Toronto. Notable projects include Toronto's Corus Quay and Four Seasons Centre for the Performing Arts, the Israeli Ministry of Foreign Affairs and the New Mariinsky Theatre in St. Petersburg, Russia.

What we've got to do is remove the stereotype of people's views about Canada. Canadians simply aren't aware enough of the accomplishments of this country. I'm an immigrant. I know how good this country is. On that score, this quiz I've created serves the purpose of letting Canadians stand up a little straighter and be more self-confident about our place in the world.

Which country ranks high in the world for the following:

And where were the following, among many others, discovered?

Answer to both quiz questions: Canada

Everyone should know Canada

The Bruce Mau Design president and chief executive officer heads a 50-person team of graphic designers, architects and writers that has worked on branding campaigns for Coca-Cola, the Art Gallery of Ontario, The Museum of Modern Art in New York and Holt Renfrew.

In April of 2012, Bruce Mau Design (BMD) set out to rethink how Canada appears in the world, creating a new identity for the 21st century, free of any traditional clichés, such as hockey, beavers and maple syrup. The Know Canada identity and campaign, based on a creative brief from WNYC's radio show Studio 360, begins with the assertion that people beyond our borders simply don't understand Canada. BMD's view is that Canada doesn't need a redesign; rather, people need to be educated.

To that end, the Know Canada concept highlights the country's dynamic exchange of ideas, creativity, natural resources and people. BMD created a visual language that leverages the two red bars on either side of the Canadian flag. When the maple leaf is removed, these red bars act as a container for a rich array of viewpoints, imagery and understanding, while also paying homage to the country's rich history. The system can speak to government, industry, arts and culture, science and technology, and agriculture. The brand is designed to be flexible and inclusive, ultimately highlighting aspects of the country that make it unique, vibrant and prosperous. Following the launch of the Know Canada speculative campaign in 2012, BMD released the KnowCanada Photo App for iOS devices, allowing users to share postcard-like images of their 21st-century Canada.

What makes this Silicon Valley success story unique is what happened afterward. Flush with cash, core employees went on to found and invest in some of the biggest tech companies of our time: Facebook, LinkedIn, YouTube and Zynga, to name a few. Today, the so-called PayPal Mafia continues to drive the Valley's growth.

My question is: What's stopping us from starting a new Maple Syrup Mafia right here in Canada? In my backyard in Vancouver, we have the entrepreneurs. We have the ideas. We have the engineering talent.

What we need, however, is the money.

One major initial public offering or exit by a homegrown company could change everything. It did for the PayPal Mafia. In the past, however, Canadian tech companies have shown a disappointing record of selling out too soon or shifting operations south of the border. Flickr, for instance, was born in Vancouver, but sold to Yahoo for a mere $35-million in 2005. (Compare that to Instagram, a similar photo-sharing site, which sold to Facebook for $1-billion last year.) As a result, our PayPal moment never comes.

That's why it's my ambition to build HootSuite to a multibillion-dollar social media company right here in Vancouver. When (and if) the moment comes to liquidate, we'll be left with the network, expertise and – perhaps most importantly – the financial resources to jump-start a real Silicon Valley North. PayPal's kingpins might rule for the moment, but the Maple Syrup Mafia is on the rise. 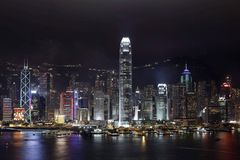 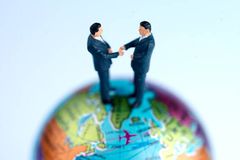 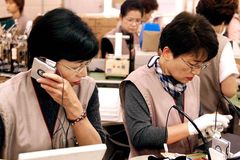 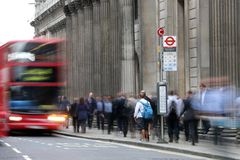 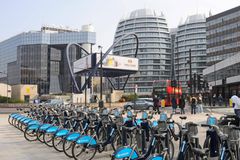 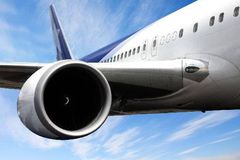