The sustained high level of the loonie – it has been near or above par with the U.S. dollar for a couple of years – continues to put pressure on Canadian companies, particularly those that export. How are they managing to compete? And how can Canadian business move beyond the loonie factor? Reporter Richard Blackwell talked to Jayson Myers, president and CEO of Canadian Manufacturers & Exporters, and Glen Hodgson, chief economist at the Conference Board of Canada, about the new reality.

Do Canadian companies still need a low dollar to compete, or have they adjusted to the high dollar environment?

Jayson Myers: In 2002, the dollar was at 62 cents (U.S.). We have seen a 60-per-cent appreciation in its value. That has been a pretty challenging run-up, especially for any company that is exporting. But we have seen remarkable resilience on the part of Canadian exporters.

As the dollar went up, a lot of companies that were competing on costs disappeared, because low value-added businesses were no longer valuable. One of the long-term benefits of the high dollar is that it does force Canadian companies to compete on a very high level of customer value. Not on cost alone, but on services, on innovative products, on new technology, and things like that.

Where you see the biggest impact is in Canada's ability to attract or retain investment and product mandates. Canada is a very costly place to do business and to make investments. Some multinational companies are looking for less expensive jurisdictions around the world to make those investments.

I've thought for a long time that Canada needed something to boost our innovative behaviour, our competitive spirit. And the dollar is doing that. But it would be a mistake to say it has been a net good. It has been very painful for a lot of businesses.

Firms are trying to change their business model – investing more in machinery and equipment, changing the way they operate, relying more upon imports. And they are beginning to diversify away from the U.S. market and chase business in other regions. So there a good-news story there, but it is not across the board. There is a lot of pain.

Is the volatility of the dollar worse than the absolute level of exchange rates?

Jayson Myers: If you go back to 2007, the dollar rose from 95 cents to $1.10, then it fell to 78 cents, and then went back up to parity. Those swings are really difficult to manage. It hurts on the way up and it hurts on the way down.

That variability is very difficult, particularly for a small company that simply doesn't have a lot of financial expertise it can call on for hedging.

The dollar can move three cents in a day. It is very hard to plan in that sort of environment. With a hedging strategy you have to have some sense as to what normal is, and then you offset your risk against that. You can lock yourself into a long-term contract with a supplier, think you are a genius at a given exchange rate, and then the currency moves against you.

Is diversifying the customer base and the supply chain the best way for companies to handle this uncertainty?

Jayson Myers: It is difficult to diversify export markets, because if you look at international currencies today, the Canadian dollar is outperforming most of them.

The real issue is the time between signing a contract and actually getting paid. That can take months, which makes volatility all the more difficult to manage. Companies are trying to put in a little bit more flexibility in their contracts. And a lot of companies are importing more and holding their debt in U.S. funds.

Canadian companies are also taking advantage of the high dollar to make investments offshore. We are seeing companies opening up businesses in other markets around the world, particularly in the United States, Mexico and China. They are operating more globally and they have built in kind of a natural hedge that way.

Do companies also need to make more use of formal financial hedges?

Glen Hodgson: You can use them, but it is a little like taking a long-term mortgage. You never quite know what the state of the market is going to be when your mortgage comes to an end and you have to refinance. That is the challenge with financial instruments. They can help you deal with the volatility in the short term, but you are always playing catch up. I like the concept of the natural hedge much more. [That involves] figuring out how to offset revenues and costs though your financing, and through your import strategy.

Is there anything the federal government or the Bank of Canada can do to keep the currency stable?

Glen Hodgson: The Bank of Canada can intervene in the market for a short period of time, but it is not really going to guide the course of the market. If you really want to control the currency, you have to control the flow of capital in and out of the economy, or artificially raise trade barriers, and I don't think either of those are very good ideas.

To some extent we have seen [Federal Finance] Minister Jim Flaherty and [Bank of Canada] governor Mark Carney try and use the bully pulpit. They keep pushing productivity, innovation and competitiveness as a theme. [But they are] often preaching to the converted.

Governments did the right thing in adjusting the business tax environment. That is probably where Canada gets the highest marks for creating a competitive environment for trading and investing.

We have a strong Canadian dollar because investors around the world want to put their money into Canada. They see a better fiscal environment, a strong financial sector, and the strength of the resource sector. Unless we were to seriously run up a deficit and our overall government debt to levels that are equal to the United States or Europe, it is very difficult to blow out speculation in the dollar. The overall trend is going to be for a strong dollar for some time to come.

Is there an ideal level for the Canadian dollar?

Glen Hodgson: Economists try to estimate purchasing power parity, over time. It used to be 85 cents, but now it is drifting up higher and higher. It is probably pushing toward 95 cents or parity.

My members would love to see an 80-cent dollar.

But would they like the policies required to get there? It would [require] deficit spending like the Americans. We would have to make ourselves as irresponsible as a lot of other governments around the world.

Where is the dollar likely to go from here?

Glen Hodgson: Our economy will get back to its potential well before the Americans or the Europeans, and that will put upward pressure on the dollar. Are we going to start raising rates next year to try to keep inflation under control, knowing that it will probably drive the dollar to $1.05?

I think the right policy prescription is to do what we have been doing, which is pursuing access to new markets, and creating a bigger space for our companies, without tariffs. And frankly, [we should] lecture the Americans and the Europeans to get their act together. We should constantly be in Washington, reinforcing the importance of a balanced-budget policy.

Are you optimistic that Canadian companies can withstand a continuing high dollar?

Jayson Myers: When I look at what our exporters have gone through over the past 10 years, I find it very remarkable that we have had so many success stories and how resilient our exporters and the manufacturing sector have been. 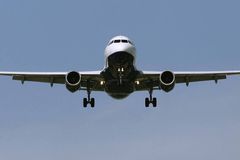 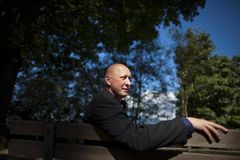 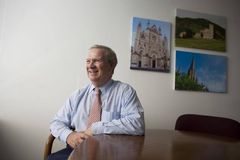 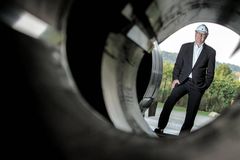