There's a broad consensus out there that if Canada is ever going to lift itself out of its economic rut, it needs to reawaken business investment from its long slumber. Maybe Ottawa needs to rethink the wisdom of its investment policy that repels foreign money and, in doing so, may be holding back domestic investment, too.

The Fraser Institute published a report Wednesday that examines the economic impact of the Investment Canada Act. This is the law that requires foreign buyers of relatively large Canadian companies to establish that their purchase of the assets will generate a "net benefit" to Canada, and to commit to specific undertakings to ensure that benefit (typically, things like employment and business-development pledges), before the government approves these takeovers. The act also restricts investments by foreign-government-owned enterprises, including pretty much putting the oil sands off limits.

The report's conclusion: By acting as the "equivalent to a tax imposed on foreign acquisitions of Canadian companies," the act effectively drives down the price that foreign buyers are willing to pay for Canadian assets. It means less money ends up in the hands of Canadians, while entrepreneurs can expect a lower return for their own investment. In effect, by weighing down the value on the global market for Canadian assets, the Investment Canada Act restrictions discourage domestic investment in business.

The rationale for the act is understandable. There's knee-jerk distaste for the idea that our biggest corporate success stories will end up in the hands of foreign owners who don't care all that much about the welfare of Canadians or our control over our own economic destiny. And it's nice to have protections in place to block foreign "investors" from buying a Canadian asset, consuming whatever sweet, tasty stuff was still inside it and then throwing away the rest like it was the spent wrapper around a candy bar – along with a few hundred (or more) jobs that went with it.

Think it won't happen? Look around at what's left of the steel industry. Or the forest-products sector. The pillaging of these homegrown industries is a big reason why the Investment Canada Act exists in the first place.

Still, both in terms of time and money, the act takes a bite out of investors' flexibility while creating an element of uncertainty, and that adds both cost and risk to foreign investment in Canada. That creates a very real barrier for foreign investment – which is the very point of its existence.

And Canada is doing more than most to keep foreign investors at bay. According to the Organization for Economic Co-operation and Development's regulatory restrictiveness index, Canada's rules surrounding foreign direst investment are among the most restrictive in the developed world, and are considerably tougher than the OECD average.

While this might make sense on political and patriotic grounds, discouraging business investment – whatever its source – is a dreadful idea for this country right now.

Canada has just put together its worst two back-to-back years for business investment, outside of the 2009 recession, in more than two decades. If you exclude the residential construction component of business spending, capital investment actually declined last year in real, inflation-adjusted terms.

And the situation is headed from bad to worse. The Bank of Canada has estimated that the recent plunge in oil prices will slash investment in the huge energy sector – one of the biggest sources for business investment growth in this country in recent years – by a massive 30 per cent this year. The county is poised for a substantial pullback in business fixed investment that, by itself, will suck 0.7 per cent out of Canada's 2015 gross domestic product.

Now is a time when we could use any business-investment stimulation we can get. The oil sands, especially, could face years of tepid investment and stifled growth, in light of weak oil prices and a hostile environment for the kind of foreign investors who can afford the high development costs and long-term thinking that the industry demands. And a wide range of export-oriented businesses outside the energy sector, which are just starting to find their investment legs, could use a boost of foreign capital to help accelerate the non-energy growth that the economy will increasingly rely on over the next couple of years.

Yet, while the Harper government continues, rightly, to seek out new trade deals to further open foreign markets to Canadian exports – another critical element to a Canadian recovery as well as for sustained longer-term economic health – its recent budget was curiously silent on the topic of opening up borders for increased investment, too.

At a time when the economy is starving for corporate spending and growth, our government's policy continues to point investors elsewhere.

With a federal election coming in the fall, the parties need to turn their attention to foreign-investment reform in their campaign platforms. Canada can ill afford to cling to investment policies that devalue Canadian assets and discourage growth. 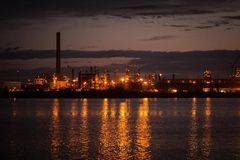 Is Australia's crackdown on foreign real estate ownership a model for B.C.?
May 8, 2015 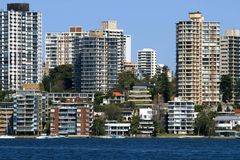 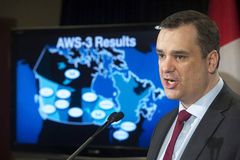