Mark Carney was speaking in Britain to an audience of insurance executives, but he might as well have been talking to oil workers in Fort McMurray, Alta., their bosses in Calgary or bankers on Bay Street.

Think of it as a sobering climate-change wake-up call for Canadians.

The world must urgently start pricing in the risk of moving to a low-carbon future, according to the Canadian-born Mr. Carney, who now heads the Bank of England.

If companies were honest about the true cost of stopping the planet from further warming, the vast majority of the world's oil, gas and coal would never be dug out of the ground. It would be "stranded," he warned in a speech Tuesday in London, rendering the resources worthless unless science figures out an economic way to capture the resulting carbon emissions.

For Mr. Carney, it's all about mitigating risk to the global banking and pension system.

For Canada, the risk in stranding resources is a major devaluation of its high-cost energy reserves. Billions of dollars worth of planned oil sands projects might never be built. Many of the pipelines envisioned to move all that energy wouldn't be needed. And the market value of the companies poised to tap these reserves would plummet, making some of them worthless.

Investors might not dare touch these assets because the risks are simply too great.

This isn't an easy conversation to have. Jobs, growth and the pensions of millions of Canadians are at stake.

The conventional wisdom in Canada is that the world will remain hooked on fossil fuels for decades – to run our vehicles and power our homes, offices and factories. Most of the world's known fossil fuel reserves, including Canada's, will inevitably be tapped and consumed.

It's the way much of the oil patch still thinks. And it remains the default position among many government policy-makers and investment managers.

But if Mr. Carney is right, the winds are shifting. Sticking to the conventional wisdom could prove very dangerous, and ultimately, much more costly.

"The more we invest with foresight, the less we will regret in hindsight," he said.

Skeptics may dismiss Mr. Carney's warnings as fear mongering. They would argue that today's low oil prices will kick-start global energy demand, pushing prices back up and driving a new wave of investment in places such as the oil sands. And that life would go on, as it always has.

But there are some strong indications that a more permanent shift is afoot.

The international Financial Stability Board, headed by Mr. Carney, is poised to urge Canada and other Group of 20 nations to draft "consistent, comparable, reliable and clear disclosure around the carbon intensity of different assets."

Governments are meeting later this year at the Global Climate Change Conference in Paris to try to hammer out a legally binding agreement limiting the rise in global temperatures to 2 C above preindustrial levels.

To meet that ambitious target, the global energy sector alone will have to invest as much as $900-billion (U.S.) a year on technology, according to estimates by the United Nations Intergovernmental Panel on Climate Change.

The outcome of the Paris meeting is highly uncertain. But money is already running from the risk – of regulation, and an eventual steep tax on carbon. Investors managing $2.6-trillion in assets have committed to divest from fossil fuel companies, according to a report earlier this month by Washington-based Arabella Advisors. That's up from roughly $50-billion worth of assets ready to divest in the same survey last year.

TransAlta Corp. chief executive officer Dawn Farrell acknowledged at a recent energy conference in Ottawa that the climate-change dialogue is "scaring investors away from Canada and away from Alberta."

The dilemma for oil and gas producers is that while the financial risks of climate change may seem years away, the long-term nature of their investments makes a 2 C target very real to risk-averse money managers.

All of this presents enormous challenges for Canada because of its energy-intensive resource sector.

For starters, the country will have to get much more serious about such things as carbon capture technology, energy efficiency and regulation.

Odd, then, given the significant economic stakes, that climate change is proving to be such a low-profile issue in the federal election campaign. 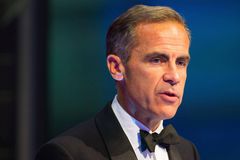 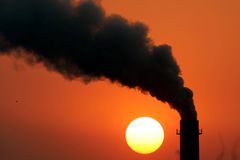 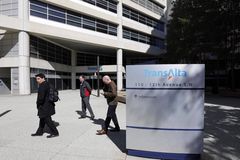 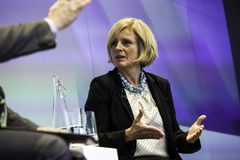