Canada's population will shift dramatically in the next half century, becoming greyer, more diverse and more concentrated in the four Western provinces.

A portrait of Canada in the next 50 years shows the country's population could reach up to 63.5 million people by 2063 compared with 35.2 million last year, Statistics Canada projections show.

The shift will exacerbate trends already under way, impacting everything from the country's labour market to public finances. An older population suggests many will exit the work force or move to reduced hours, with fewer contributing to government revenues. At the same time, health-care costs are poised to swell, particularly as the 80-plus cohort grows, ramping up pressure on governments to find more efficient ways of delivering services.

"We will have slower growth in revenues for governments yet at the same time we have this challenge of dependency in the economy – we'll have a lot of older people out of the work force needing health care, and not enough sustaining income to keep them happy and in the right levels of health care," said Pedro Antunes, deputy chief economist at the Conference Board of Canada.

"In many ways, it's already hit us," he said, noting that labour-force growth has slowed in Canada since the recession and the participation rate has fallen.

The agency, which publishes population projections about every five years, crunched the numbers on seven scenarios that could unfold in the future, from low-growth to high-growth possibilities. Population projections are based on assumptions of future fertility, life expectancy and migration levels, the agency notes, and based partly on past trends. The range of projections for Canada's population as a whole is between 40 million and 63.5 million people by 2063.

Immigration will remain the key driver of Canada's population growth over the next half century, as has been the case since the early 1990s.

The number of seniors over the age of 80 will surge. By 2045, they will account for 9.6 per cent of the population – up from 4.1 per cent last year. And the ranks of people ages 100 years and over in Canada will soar, with more than 62,000 centenarians by 2063 (in the agency's medium-growth scenario) compared with almost 7,000 last year, as the boomers age and mortality rates decline.

Atlantic Canada is already grappling with these changes. The region has the oldest population in Canada and by 2038, the share of seniors will surpass 30 per cent in Newfoundland, Nova Scotia and New Brunswick. On top of that, several scenarios suggest these provinces will face outright population declines.

"Since our population is not growing, that means our labour force is going to slow and that creates challenges for employers in finding workers to replace the baby boomers as they stop working," said David Chaundy, senior economist at the Atlantic Provinces Economic Council.

Concretely, that means employers will have to "compete strenuously for labour," or be proactive in finding and keeping workers – particularly immigrants and young people – by offering training or relocation benefits, or raising wages. Business models may have to change to stay competitive, be it through investing in more computers and technology that reduce the need for workers, or relying more on other firms in other locations, he said.

It's not all bad news, he adds – an eventual exodus from the labour market spells more opportunities for younger workers. And the region could eventually channel its expertise on coping with an aging population into a business opportunity, advising other jurisdictions on best practices.

Nunavut is expected to have the country's youngest population, and higher fertility rates mean its population will grow to up to 53,300 by 2038 from 35,600 last year.

In Central Canada, Ontario and Quebec will remain the two most populous provinces in the coming decades. But their demographic weight in the country will likely decline.

The four westernmost provinces will have a growing share of the country's population – especially Alberta. Population growth in the province will be the highest in the country in the next 25 years, with its population hitting up to 6.8 million people from 4 million last year. By 2038, Alberta's population will likely surpass British Columbia's.

Saskatchewan is expected to grow, a shift from decade-ago projections of a population decline. Saskatchewan Premier Brad Wall said in a release he believes the province will continue to see strong growth.

"These projections show we are expected to keep growing and that's a good thing," Mr. Wall said in a release. "There are many challenges that come with growth, but I would rather deal with those than the challenges of decline our province was facing just a few short years ago." 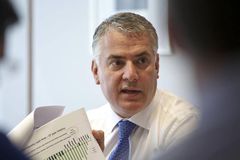 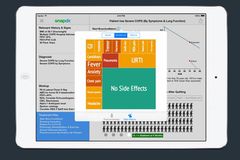 How Atlantic Canada can raise its game
Subscriber content
August 27, 2014 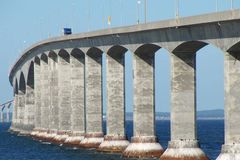