The oil slump in Alberta and Saskatchewan is threatening to slice national retail sales growth this year by more than half from 2014.

Overall retail sales are expected to rise just 2 per cent to $515.32-billion in 2015 from the previous year compared with a 4.6-per-cent increase in 2014, pinched by oil troubles in Alberta and Saskatchewan, says a Colliers International forecast for Canada, to be released on Monday.

"If you're looking at the economic performance of the retail sector as a whole, it's taking a hit this year, for sure," David Bell, senior consultant of planning and retail consulting at Colliers in Vancouver, said in an interview. "It's really being dragged down by Alberta and Saskatchewan."

After several stellar years in those provinces, retailers ranging from generalist Canadian Tire Corp. Ltd. to grocery giant Loblaw Cos. Ltd. and home-improvement specialist Rona Inc. are feeling the effects of oil-squeezed regions, particularly those in Alberta.

The difficulties now risk hurting retailers' business in the crucial holiday season in those provinces, and nationally, for the total year, forcing merchants to count more heavily on spending in healthier provinces, including British Columbia and Ontario.

"We see that specifically in the oil towns, where you've had shutting down of big projects and increased layoffs," he said, adding Loblaw's discount stores can benefit from the downturn. "We also see some indications now of things beginning to turn through our financial services products. Nothing dramatic at this point, but it's starting to turn."

Canadian Tire, which sells everything from auto parts to apparel, this month highlighted weakness in its Alberta retail segment.

"It is clear that Alberta is going through hard times right now," Michael Medline, chief executive officer at Canadian Tire, told analysts. "… Alberta is going to be weak for a while. What we're seeing is great strength in other places."

While both Loblaw and Canadian Tire fared well overall, Canadian Tire's clothing chain Mark's (its smallest division) took a hit in its third quarter. Its high-margin industrial-wear sales, which are significantly tied to the oil sector, slipped 0.2 per cent at existing stores, pinching the bottom line as Mark's shifted to selling more lower-margin casual apparel.

Rona also suffered in Alberta in its third quarter, with declining sales most noticeable in its smaller stores in that province, and particularly in the lumber and other building-materials aisles, Robert Sawyer, chief executive officer of Rona, said this month. "It's really Alberta that drove the West down," chief financial officer Dominique Boies added.

Luxury men's clothier Harry Rosen Inc. is finding that Alberta is its most difficult market, said chief executive officer Larry Rosen. Year-to-date sales dropped 10 per cent at its two Calgary stores and are flat in the one in Edmonton, he said. Its nationwide year-to-date sales rose 4 per cent compared with an 8-per-cent uptick in 2014, he said.

"Now, in fairness, Calgary has been the strongest growth market over the last five years, so negative growth this year is not the end of the world when we look at it in context of the longer-term trend," Mr. Rosen said, also pointing to provincial income-tax increases.

"We view down cycles as [an] opportunity to gain market share as usually there is attrition in the retail market." He added he is "still optimistic for a reasonable holiday season nationally."

The Colliers report says over the past several years oil-driven Alberta and Saskatchewan have consistently performed strongly in the retail field. "The precipitous drop in oil prices starting in late 2014 has, however, had a dramatic negative impact on retail spending in these same retail growth-leading provinces."

The anticipated 2015 retail performance "must be considered tepid at best," it says.

The Colliers research is based on Statistics Canada's seasonally unadjusted retail-sales figures, Mr. Bell said. He noted Alberta is feeling the squeeze of depressed automobile and gas sales, which combined make up more than 43 per cent of the province's total retail spending (while in Ontario and B.C. they are closer to one-third).

For December, the prime holiday gift-selling period, Colliers still expects consumers to spend more than they did a year earlier: National retail sales will rise 4.5 per cent, just slightly less than the 4.67-per-cent increase last December, it predicts. Healthier gains in British Columbia and Ontario (which together account for almost half of the country's sales) are expected to offset weakness in Alberta and Saskatchewan, Mr. Bell said.

The national Retail Report Canada, co-authored by James Smerdon, vice-president of Colliers's retail consulting, also found that among Black Friday and Boxing Day discounts in 2014, almost half were marked down equally, while 36 per cent were offered at a greater discount on Boxing Day and 16 per cent were discounted more on Black Friday.

Black Friday, which is on Nov. 27, is a big shopping day in the United States and has been imported to Canada in recent years. It is the day after the U.S. Thanksgiving holiday when American retailers offer hot deals to kick off the wider holiday shopping season. 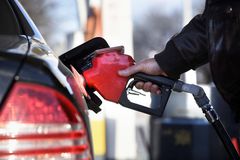 Alberta has twice as many EI recipients as a year ago
March 23, 2018 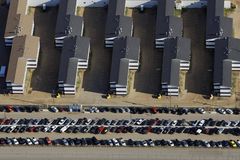 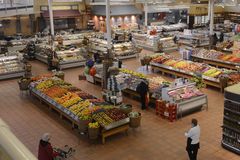