The Canadian economy turned in its weakest quarter since the Great Recession during the second quarter, as Alberta's wildfires and slumping exports took a big bite out of the country's economic output. But figures for June showed that growth has bounced back quickly from the fire-related slump.

Statistics Canada reported that real (i.e. inflation-adjusted) GDP fell at an annualized rate of 1.6 per cent in the three months ended June 30, the biggest decline since the second quarter of 2009. That was a sharp reversal from the first-quarter growth pace of 2.5 per cent annualized, and reflects the deep impact of the wildfires that shut down large portions of Alberta's oil sands production throughout May.

Excluding the loss of crude oil output related to the fires, GDP throughout the rest of the economy grew a modest 0.4 per cent annualized in the quarter, dampened by a broad-based slump in goods exports, as well as tepid consumer spending and continued weak business investment.

But Statscan also reported that the economy was on the mend by the end of the quarter. June's real GDP grew 0.6 per cent month over month, the biggest monthly growth in nearly three years, effectively erasing May's deep 0.6-per-cent decline.

"We knew for the past four months that [the second-quarter] GDP report was going to be ugly, and it delivered with a capital U," wrote Bank of Montreal chief economist Douglas Porter in a research note. "The good news is that we have also known that there would be a considerable rebound in the third quarter, and June's solid result reinforces that view."

Economists also expressed cautious optimism about the state of business investment, which plummeted in the wake of the oil price crash, posing a huge impediment to Canada's economic growth over the past year and a half. Spending on non-residential structures, machinery and equipment fell 0.5 per cent in the quarter – its sixth straight quarterly decline – but it was the smallest drop since the end of 2014.

"There may be some light in the tunnel," Mr. Porter said.

The second-quarter GDP decline was bigger than the 1-per-cent drop the Bank of Canada estimated in its quarterly economic outlook in mid-July, but that isn't likely to have much impact on the central bank's interest-rate decision next week. The bank projected at the time that the economy would rebound sharply from the fire-related slump, to a forecast 3.5-per-cent annualized growth rate in the third quarter. In the wake of the June GDP numbers, private-sector economists agreed that something north of 3 per cent looks likely.

"The impact of the wildfires on oil production has already begun to reverse, and this should continue into the summer months," said Toronto-Dominion Bank economist Brian DePratto in a research report. "Further supporting economic growth is a resumption of auto production after earlier supply disruptions, relatively healthy manufacturing order books, and the start in July of the new Canada Child Benefit payments. All of these factors point to growth in the third quarter that should match the hot weather most of the country experienced over the summer months."

Beyond the expected third-quarter bounce-back, though, economists cautioned that Canada's growth trajectory looks decidedly modest, as the economy continues its long and arduous transformation away from its reliance on the resource sectors that had been its key drivers for so many years.

"Once we get past the near-term noise, the pace of economic growth will likely be lukewarm. This reflects a number of economic headwinds, including an aging population, high household indebtedness, and the ongoing economic rotation process," Mr. DePratto said. 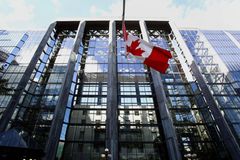 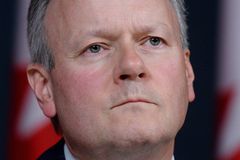 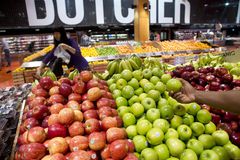 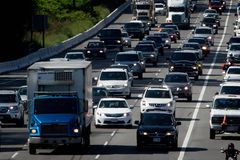