Cisco Systems Inc. is making a major bet on Ontario, with investment plans for up to $4-billion to build research and development facilities that are expected to create up to 1,700 high tech jobs in the coming years.

Premier Kathleen Wynne and Cisco Canada President Nitin Kawale announced the 10-year agreement on Friday, saying it is the largest-ever job-creation announcement in the province's tech sector. The new positions expected over the next six years will be centred on R&D, with the potential to grow further to 5,000 employees by 2024.

The Ontario government is kicking in up to $220-million as part of the initiative.

The move comes amid rapid shifts in Canada's most populous province, with job growth in some sectors, such as health care, offset by declines in others, like manufacturing, which saw the announcement of two more factory closings this week alone. The Ontario government is hoping this agreement positions the province as leader in technology innovation and R&D.

"Our company believes Canada is a great place to invest," said Mr. Kawale in remarks at the company's Toronto headquarters. "Canada is uniquely qualified and positioned to be an outstanding source for innovation and at the forefront of transforming the world."

Much of the new hiring will be in building its presence in Ottawa and Toronto, though the company may also expand in other cities.

Many of the new jobs will be in engineering and high tech, and the company expects spinoffs in other areas, from manufacturing to services, as a result of its expansion. Canada will become one of Cisco's top-five R&D countries in the world with this plan.

Innovation and productivity have not been Canada's strong suits. The Conference Board of Canada gives the country a "D" for innovation and economists have long been concerned over its lagging productivity. Both Cisco and the province are clearly hoping this announcement will help turn that around.

The potential investment of up to $4-billion includes $2.2-billion in salaries alone. Cisco, the world's largest maker of computer-networking equipment, now employs more than 1,500 people in Canada, which means it plans to more than double its work force in the country.

The company gets approached "every day" by jurisdictions, from Poland to North Carolina, that want it to bring knowledge-based jobs to their economies, said Rob Lloyd, president of development and sales at Cisco. Its criteria: supportive government, university strength, competitive tax rates, predictable environment and loyal employees. "We get all of that in Ontario and that's exactly why we made this decision, over all the other choices we have every day."

The initiative adds to the company's growing presence in the province, which include investments in university chairs, planning for an expanded Toronto headquarters and Pan Am Games sponsorship.

It's a welcome splash of good news for the government. A spate of large manufacturing facilities announced plans to close in recent weeks, and the province's unemployment rate, at 7.2 per cent, is lower than last year but higher than the national average of 6.9 per cent. The expected 1,700 new jobs come as the province has seen at least 2,400 factory jobs disappear in the past month alone.

And it comes as troubled Blackberry continues to shed jobs, with plans to cut 4,500 positions by next spring.

"My vision for Ontario is that it's a place where government makes smart, forward-looking investments that build a modern work force in a truly 21st-century economy," Ms. Wynne said. This partnership "represents the largest job-creating investment in the history of Ontario's tech sector."

The provincial government has been criticized in recent weeks for not doing more to prevent shutdowns of both Heinz tomato plant in Leamington, Ont. and this week a Kellogg cereal facility in London.

When asked by reporters whether there's a risk taxpayer dollars could be put in a company that eventually pulls out of Canada, she said the agreement stipulates any government investment is tied to job creation.

"It's not an 'either/or.'We are not giving up on manufacturing in Ontario," said Eric Hoskins, the province's minister of economic development, trade and employment. "The impact of this investment is going to be felt across virtually every sector in Ontario's economy," from finance to advanced manufacturing, he said.

With files from Greg Keenan in Toronto. 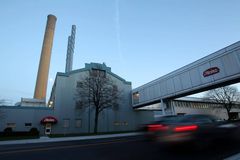 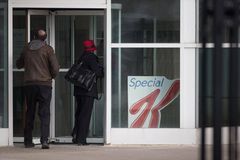 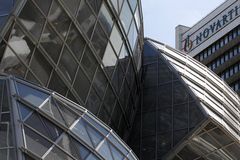 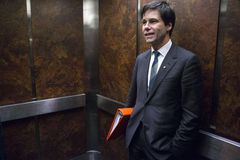 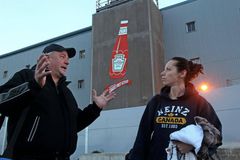 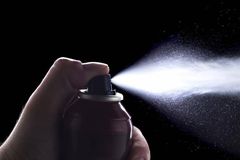