In a congressionally mandated semi-annual report, the U.S. Treasury noted that the yuan had risen 12.6 per cent against the U.S. dollar in inflation-adjusted terms since June, 2010. An official said it was up 9.7 per cent on a nominal basis through Tuesday, when it closed at a record high.

Although Beijing keeps the yuan, also known as the renminbi, in a tight trading band, the Treasury said China did not meet the legal requirements to be deemed a currency manipulator. The label is largely symbolic but would require Washington to open discussions with Beijing on adjusting the yuan's value.

The Chinese government had "substantially" reduced its intervention in foreign exchange markets since the third quarter of 2011 and loosened capital controls, the Treasury said in the report, which examines the currency practices of major U.S. trading partners.

"In light of these developments, Treasury has concluded that the standards ... have not been met with respect to China," it said. "Nonetheless, the available evidence suggests the renminbi remains significantly undervalued."

During the U.S. presidential campaign, Republican candidate Mitt Romney pledged to label China a manipulator on his first day in office to show he would be tougher on the United States' chief economic competitor than President Barack Obama.

Many U.S. businesses and lawmakers complain that China keeps the value of its currency artificially low to gain an advantage in trade.

But an international consensus is growing that the yuan is closing in on its fair value after about a decade at an artificially weak level. The International Monetary Fund softened its language on the yuan in July.

The yuan closed at a record high on Tuesday as the central bank's reluctance to let the currency rise more quickly limited trading activity.

The People's Bank of China limits currency moves by allowing the yuan to rise or fall by only 1 per cent from whatever rate the central bank sets that day.

It has been 18 years since the U.S. Treasury has designated any country a currency manipulator. China was so labelled five times from May, 1992, to July, 1994.

Charles Schumer, the No. 3 Democrat in the Senate and a long-time critic of China's yuan policy, said the Treasury should label China a manipulator to be able to impose penalties on it.

"It's time for the Obama administration to rip off the Band-Aid, and force China to play by the same rules as all other countries," the New York senator said in a statement.

But the U.S.-China Business Council, which represents about 240 U.S. companies that do business with China, applauded the latest decision.

"The exchange rate has little to do with the U.S. trade balance or employment," council president John Frisbie said. "We need to move on to more important issues with China, such as removing market access barriers and improving intellectual property protection."

The Treasury said further appreciation of the yuan would help China balance its economy toward consumption by giving households greater purchasing power.

The report also called on China to reduce its "exceptionally high" foreign exchange reserves and to publish data about its intervention in currency markets.

The Obama administration also used the report to keep pressure on South Korea to limit its intervention in foreign exchange markets.

South Korea says it intervenes to smooth the volatility of its won currency, but it has gone into the market throughout 2012, the Treasury report said. In July, the IMF said the won was undervalued by up to 10 per cent.

"We will continue to press the Korean authorities to limit their foreign exchange interventions to the exceptional circumstances of disorderly market conditions," the report said.

Beijing relieved as U.S. campaign – and hopefully ‘China-bashing’ – comes to a close
November 6, 2012 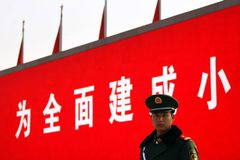 Romney’s belief aside, China is no currency manipulator
November 2, 2012 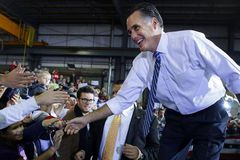 China unfazed by U.S. presidential candidates' tough talk during debate
October 24, 2012
Report an error
Due to technical reasons, we have temporarily removed commenting from our articles. We hope to have this fixed soon. Thank you for your patience. If you are looking to give feedback on our new site, please send it along to feedback@globeandmail.com. If you want to write a letter to the editor, please forward to letters@globeandmail.com.
Comments