Former Bank of Canada governor David Dodge is calling for co-ordinated interest-rate increases by the world's central banks, a dramatic departure from traditional practice that he believes would break the world free of its current "monetary policy straitjacket."

"At the present time, both price and financial stability would be better served by somewhat-higher policy interest rates – rates that would not imply a sacrifice of employment and growth if – and this is a big if – fiscal policy were more expansionary," Mr. Dodge says in the text for a speech he will deliver Friday to the C.D. Howe Institute, a Toronto-based economic think tank.

Mr. Dodge, who was the head of Canada's central bank from 2001 to 2008, argues that the "low for long" interest-rate policies of most of the world's central banks since the 2008-2009 financial crisis have been feeding the world's economic rut and have become too low to stimulate changes in investment and consumption. But with the prevailing slow growth and correspondingly low inflation, traditional policy dictates that central banks maintain very low rates, which in the past has been a reliable tool to restore growth and inflation.

Mr. Dodge proposes that central banks should agree to act in concert to "abandon, for now, the current data-dependent paradigm to guide future rates, and simply announce a fixed schedule of rate increases" to elevate them to more normal levels over time. "Such a [monetary] policy would facilitate the better functioning of financial markets and reduce uncertainty," he argues.

The unorthodox move would have to be accompanied by a co-ordinated increase in government spending on infrastructure to provide fiscal stimulus to support the monetary policy shift, he says.

"If combined with more expansionary fiscal policy and less restraining financial regulation, it might be helpful in bringing forward investment and consumption."

Mr. Dodge, who was also a federal deputy finance minister in the mid-1990s, acknowledges that this would be a drastic departure from the accepted approach to monetary policy that worked so well for policy makers, himself included, in the two decades leading up to the financial crisis. But he argues that the dramatically different economic reality of today, with low growth potential and corresponding low ceilings for interest rates, "calls for a rethinking of the macro-economic policy paradigm (monetary and fiscal policy) that has essentially prevailed from the early 1980s to today."

Before the financial crisis, he notes, the prevailing higher capacity for growth and corresponding higher prevailing interest rates meant that central banks typically had "4 to 5 percentage points" of room to cut interest rates in times of economic slumps, which was sufficient scale to "induce significant behavioural responses from households and firms.

"The greatest problem today is that there is no room to lower rates by 400-plus basis points, before hitting the effective lower bound should there be another dramatic collapse in demand," he says. "So not only is a continuation of ultra-low policy rates and unconventional monetary policy generally not providing the boost needed to eliminate excess supply quickly, the capacity of policy to deal with a major negative shock going forward is extremely limited."

That's why he would like government spending to take over more of the responsibility for providing growth stimulus, allowing central banks to lift their rates off the floor in a steady, predictable way.

"Globally, many governments have the capacity to increase their borrowing at current interest rates, provided that borrowing is used to finance productivity-enhancing physical or human infrastructure – infrastructure which will yield future cash flows to governments.

"A rebalancing of macro-economic policy to place greater emphasis on government investment, and somewhat less reliance by central banks on ultra-low interest rates and long-term asset purchases (QE), would be a step towards escaping from the current stagnation of global economic growth."

David Dodge’s message for investors: ‘This is a lower growth world’
April 22, 2016 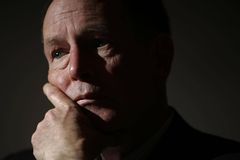 Uncertainty over Canada’s economic outlook sets bar high for rate change, Poloz says
November 28, 2016
Follow David Parkinson on Twitter @ParkinsonGlobe
Report an error Editorial code of conduct
Due to technical reasons, we have temporarily removed commenting from our articles. We hope to have this fixed soon. Thank you for your patience. If you are looking to give feedback on our new site, please send it along to feedback@globeandmail.com. If you want to write a letter to the editor, please forward to letters@globeandmail.com.
Comments