The Russian ruble is setting fresh 14-month peaks versus a euro-dollar basket on an almost daily basis, increasing speculation the central bank could put the brakes on the rally in order to protect economic growth.

Rate cuts, reserve requirement hikes and bigger currency market interventions are all among the possible tools, if authorities decide they actually want to stop the rally. Following are some questions and answers on the issue:

Why is the ruble rallying?

• Oil. The price of Russia's key export, has surged over 10 per cent in the past month, boosting prospects for the economy.

• Rates. The central bank has cut the benchmark refi rate by 450 basis points since April 2009 to a record low. But at 8.50 per cent compared to rates of 1 per cent or less in the other G8 economies, Russia still offers very attractive yields.

• Taxes. To meet domestic tax payments, exporters need to change their earnings into rubles. As the global economy and commodity prices recover, this amount rises. The next round of payments is about to start, with bank Trust estimating that up to 200-billion rubles is due on Monday alone.

• Europe's woes. Concerns about the health of some European economies has raised the appeal of emerging markets. Flows into Russia Equity Funds hit a 20-week high of $411-million (U.S.) in the latest week, according to EPFR data.

What can the central bank do?

The central bank lets the ruble's floating trading band shift by 5 kopecks for each $700-million of interventions at its boundary. It has already done this 15 times since February, taking the band to 34.25-37.25 rubles per basket, dealers say.

The interventions at each step could be increased to $1-billion or more. Aside from the risk of stoking inflation, there is virtually no limit on how much foreign currency it can buy. This is likely to be the most effective tool against the rally.

But it would mean a step back on Russia's path towards a free float and goes against the central bank's assertion that the ruble's volatility will only increase in the future. Thirdly, inflation is finally on a downward trend after years of overshooting targets and the central bank may be reluctant to risk this by flooding the market with too many rubles.

Russia's central bank had been expected to cut the refi rate by a further 75 basis points by the end of September as inflation is easing and the economic recovery remains fragile.

The ruble's rally has fanned expectations that the cuts could be bigger or faster -- ING and VTB Capital have both said the chances of a 50 basis point move this month have increased.

But cuts are unlikely to be deep enough to fully erase Russia's yield advantage at a time of rising risk appetite. The currency has shown little reaction to past rate moves.

This would limit the spare cash the banks have for speculating on the currency market. The resulting reduction of liquidity in the market would also help counterbalance the inflow of rubles from central bank interventions.

The central bank has signalled that reserve requirement hikes are likely in the future but -- as with rate cuts -- analysts doubt they can be substantial to have a big impact.

Can it do nothing?

Politicians, who have in the past lamented the ruble's strength as a threat to economic growth, have stayed silent this time, as have central bank officials.

The ruble is still 15 per cent below the peak of 29.25 against the basket set before the crisis hit in summer 2008.

Its gains of 2.5 per cent in the past month are less than half those seen in September, when the central bank did not swerve from the current interventions policy.

The ruble's gains have been more pronounced against the euro, a potential boon for the struggling retail sector, as cheaper European imports could encourage consumers to buy more.

Against the dollar, the ruble's move has been more modest, thus limiting the impact on the earnings of influential energy and commodity exporters and on the taxes they pay.

Letting the rally run its course would also prove Russia's resolve to move towards a free float by 2012.

Some analysts, such as those at BNP Paribas, are starting to warn that the ruble could be getting into overbought territory.

A correction could be caused by central bank actions, a retreat in oil, or an external event which hits risk appetite. But, with over $400-billion of reserves, Russia's central bank has the capacity to protect the ruble against an excessive sell off if necessary. 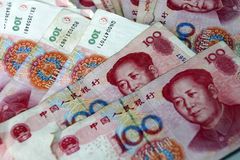 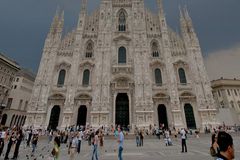