The impact of the oil-price collapse is hitting home in Canada's oil patch and beyond as companies rethink plans to hire and invest.

Businesses are gloomier about adding workers than they've been since early 2009, when the country was still reeling from the recession, according to the Bank of Canada's quarterly business outlook survey, released Monday.

Business conditions are worst in the energy sector, but the survey found evidence that companies further down the supply chain and in other industries are also feeling the pain.

"Signs of spillovers to other sectors and regions are … emerging," the central bank said.

Still, the overall mood of many companies remains surprising upbeat, particularly in central Canada, where the combination of a lower dollar and the stronger U.S. economy is raising hopes for the future.

The number of contracts up for grabs in Alberta "has started to slow down," acknowledged Dennis Dussin, president of Alps Welding Ltd. of Woodbridge, Ont., a custom metal fabricator that does roughly half its work for the oil-and-gas industry.

"But that's only part of our business, so it hasn't affected us that much," he said.

The company, which employs 75 people, does work from the exploration stage to refining, and the downstream end of the business is continuing to generate work.

The survey results back up Bank of Canada Governor Stephen Poloz's recent contention that the negative effects of the oil-price shock will be felt hard and early this year, while the benefits will take more time to materialize.

Last week, Mr. Poloz said the economy would be "atrocious" in the first quarter and certainly weaker than the 1.5-per-cent growth forecast by the Bank of Canada.

The survey was conducted between mid-February and mid-March, a month or more after the central bank's surprise rate cut in January.

The survey results were largely expected, and many economists said they don't expect another rate cut at the central bank's next scheduled rate announcement, April 15.

Bank of Montreal chief economist Douglas Porter said he expects "almost no growth" in the first quarter and just "modestly better in the April-to-June period. He said it would likely take "some significant new disappointment" to get Mr. Poloz to cut again.

The offsetting effects of the oil-patch slump and the lift to central Canada from a lower dollar are "unfolding as expected," National Bank of Canada economist Krishen Rangasamy said.

"The central bank has no reason to alter its no-change stance on interest rates at its April meeting," he said in a research note.

The mood in Corporate Canada isn't all bad. Businesses outside of the oil sector said they are starting to see the benefits of the lower Canadian dollar, but they "expect the benefits to unfold only gradually in the future."

Half of the respondents in the central bank survey said sales were higher in the past 12 months compared to the year before. Only about 40 per cent expect higher sales in the next year.

Among other highlights of the business outlook survey and a survey of bank loan officers, also released Monday:

– Businesses expect inflation to be muted over the next 12 months.

– Some companies expect to pass on higher input costs from the weak dollar to customers.

– Nearly 90 per cent of businesses say credit conditions have eased or are unchanged in the past three months. But the change was relatively muted, even in the wake of the Bank of Canada's surprise January rate cut.

The survey, conducted Feb. 17-March 12, is based on responses to questions from executives of 100 companies, chosen to reflect the makeup of the Canadian economy. 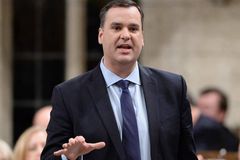 Opinion
With his 'atrocious' wording, Poloz is just being Poloz
April 1, 2015 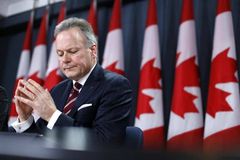 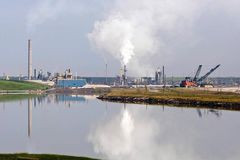