Greece and Europe are not yet out of the woods, even with the imminent deadline on the existing fiscal arrangement now extended by a few months. This extra time will give the Greek debtors and the European creditors the opportunity to think a lot – and to compromise even more. Below I sketch out a fiscal plan that is conceptually simple but politically difficult, with plenty of compromise on both sides.

In the ongoing game of fiscal brinkmanship, the Germans and other creditors insist on continued fiscal austerity in Greece and full debt repayment – with a Greek exit from the euro zone being the alternative. Greece insists on less austerity and partial debt forgiveness, and uses the same exit scenario as the "or else." Despite both sides' threat of a Greek exit, all parties will actually try their best to maintain the euro zone and Greece's membership in it. Any exit would involve a brutal amount of uncertainty, enormous costs on both sides, and the potential to spread to other countries.

So here is a plan that could keep Greece and other debt-ridden countries inside the euro zone and provide much-needed prosperity to a region whose depressed state is producing massive economic costs for millions of people.

Greece needs to acknowledge that it long ago passed the point where its public debt started to seriously harm its economy. The overall European debt crisis is not evidence that countries cannot have generous social programs, but it is clear evidence that countries need to pay for whatever level of programs they choose. So Greece needs to embark on serious fiscal restructuring – tax increases and spending cuts – that will put its debt-to-gross domestic product ratio on a sustainable long-term path. At 175 per cent of GDP, Greece's debt is now so high that its government needs to view this restructuring as a long-term rather than a short-term project: It will probably take the next 20 or more years to fix the problem.

Germany and other creditor countries need to acknowledge that past fiscal austerity has been largely responsible for Europe's appalling economic performance. Greece's national income is now 25 per cent below its 2008 level and the unemployment rate is over 26 per cent (with long-term unemployment off the charts). Greece needs to increase its public spending hugely, in a way that stimulates demand quickly but is consistent with the long-term needs of its economy. This suggests a combination of payments to low-income and unemployed families plus spending on productivity-enhancing infrastructure.

While Parts 1 and 2 appear contradictory, the right timing is what can make them a coherent package. Fiscal stimulus is needed immediately, but should last for a few years only. The fiscal restructuring is equally crucial, but should focus on the longer term. So the coherent combination is to design immediate and significant fiscal stimulus for the next three to five years combined with credible fiscal cuts that begin gradually only five to seven years from now, and last for the time necessary to put the public debt on a sustainable path.

Private investors won't be prepared to finance the Greek budget deficits required by this plan – until a few years' of performance shows them that it is working, with economic growth becoming entrenched and credible long-term reforms identified. Financing for the first few years will therefore need to come from some collection of European countries, and Germany will be right at the centre.

Germany and other creditors will refuse to lend more money to Greece unless they are convinced that a sensible fiscal plan will be followed. So the plan requires German accountants to be inside Athens, watching the books and holding the Greek government to its word. German soldiers were not greeted warmly by the Greeks during the Second World War; their accountants today will be greeted with no less hostility. But their presence will be necessary if more German money is involved, and the plan won't work without Germany's resources.

Other things will also be needed to restore Europe's prosperity, including labour market reforms, banking reforms, and a far more aggressive monetary policy. But none of that will matter much without a sensible fiscal plan that looks something like this.

Unfortunately, there are few signs of progress. And I'm not holding out much hope for a call from Angela Merkel.

Merkel is walking a fine line with austerity’s enemies
February 20, 2015 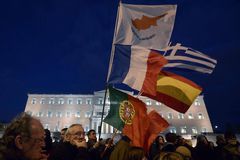 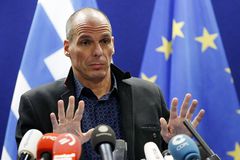