It's that time. A year ago this week, Indian Prime Minister Narendra Modi and his Bharatiya Janata Party romped to landslide victory, positioning themselves to form India's first majority government in a generation. The reviews of Mr. Modi's first year have begun – and they are less enthusiastic than those that were written in the wake of his astonishing electoral triumph.

Over all, progress has been satisfactory, if not good. But some – chief among them, foreign investors desperate for a new international hot spot to replace China – had higher expectations for India's new government. Indian stock prices, which gained about 30 per cent in 2014, are flat this year after a series of nasty tumbles in recent days. These people wanted extraordinary, and it turns out Mr. Modi merely is a better-than-average head of government.

Any politician should be judged on what he or she promised. At the risk of painting in too broad strokes, the leader of the BJP told voters he would do three things: confront corruption, end inflation and jump-start an era of Chinese-style economic growth.

Let's start with the first. There have been no high-profile crackdowns on corruption and excess in New Delhi to match Xi Jinping's purges in Beijing. But Mr. Modi has made it clear that bribery and favour-seeking will no longer be tolerated. None of his ministers have been caught attempting to use their positions to enrich themselves, which is a change from the previous government's final years in power. The government passed legislation that punishes the use of overseas bank accounts to hide wealth from the tax office with lengthy jail sentences. Dozens of coal blocks were sold by auction rather than allocation. The Prime Minister is slowly, but steadily, reducing regulations and consolidating overlapping laws. This will make it harder to extort the country's business owners. The Prime Minister also launched a financial inclusion drive that resulted in the opening of more than 147 million bank accounts. Mr. Modi still is a long way from his dream of a "cashless society," as half of those accounts remain empty. But he started down the path. That's progress.

Double-digit inflation is gone, perhaps forever. New figures this week put April retail inflation in India at 4.9 per cent, about half of what it was a year earlier. It was the latest indicator to feed the hope that India finally may have solved its chronic inflation problem. Mr. Modi has been lucky. He inherited a central-bank governor – Raghuram Rajan – on whom investors had bestowed a great deal of faith. The Prime Minister also took power amid a collapse in oil prices. Mr. Modi took advantage to scrap diesel subsidies, and Arun Jaitley, the Finance Minister, tabled a budget this year that pledges to keep the deficit on a narrowing track. These steps will help curb price pressures down the road. The Prime Minister also agreed to Mr. Rajan's request to give the Reserve Bank of India operational independence from government to meet an enshrined inflation target. Luck or otherwise, if inflation disappears as a macroeconomic threat in India, Mr. Modi will go down in history as the demon's slayer.

India is poised to grow at an annual rate of about 7.5 per cent this year, which could be fast enough to surpass China as the world's fastest-growing major economy. That's not good enough to make a significant impact on a country as poor as India. Mr. Jaitley talks of growth closer to 10 per cent. To get there, the government must attract hundreds of billions of dollars in foreign investment. Mr. Modi's surprisingly energetic diplomacy – he will mark the anniversary of his electoral victory during a tour of China, Mongolia and South Korea – is aimed at richer countries such as the United States and Japan that can help him expand his economy. The Prime Minister is working hard to shed his country's image as a place hostile to outsiders and investment. The government passed legislation to increase foreign-ownership limits in insurance companies to 49 per cent, but failed to overcome stubborn political opposition to a bill that would make it easier to acquire land for industrial development.

It also failed to bring its tax collectors to heel. Mr. Jaitley said in his budget that international portfolio investors would be protected from the minimum alternate tax, or MAT, a levy meant to ensure Indian companies don't skirt their tax obligations by gaming the various breaks and loopholes in the tax code.

Fund managers cheered – too soon, as it turned out. Mr. Jaitley's promise was a prospective one and tax authorities now are retrospectively seeking tens of millions of dollars in MAT dues from foreign investors. The Finance Minister was oddly indifferent. His initial response was that there was little he could do about the rules as they stood before the BJP took power. The Finance Minister informed angry investors that if they were seeking a "tax haven," they should go elsewhere. Many took his advice. The stock market tumbled as international investors pulled out. The government in recent days has attempted to make amends, calling on the tax office to desist until a special panel decides on the matter. But the damage is done. There are fresh questions about whether India has changed at all.

The MAT episode undid a lot of good work. It was a reminder that India is a country in transition, and the years ahead will be tumultuous. But investors who can endure the bumps stand to gain if they are patient. A recent poll showed Mr. Modi retains the support of three-quarters of Indian voters. That's all the momentum he needs to deliver what he promised. 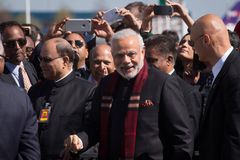 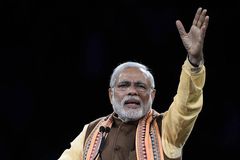 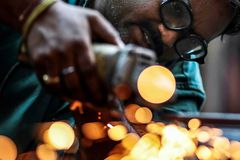