Olympic Games aren't just about sports. They can also be coming-out parties for the host city and country. The 1992 Olympics put Barcelona on the map. Today, Barcelona is such a wildly popular tourist destination that the city is considering a tourist cap. Beijing's 2008 Games recognized China's emergence as a superpower.

The opening ceremony of the 2016 Olympics in Rio de Janeiro takes place on the evening of Aug. 5 in Maracana Stadium. As their spectacular carnivals prove, the Brazilians know how to put on a show and the event is bound to be a crowd-pleaser. But the Rio Games will be no coming-out party, even if they're a great success. Already, they have drawn global attention to the economy, which is suffering its deepest downturn in more than a century.

When Rio launched its bid for the 2016 Olympics in 2007 (competing with tough competitors from Chicago, Tokyo and Madrid), Brazil was on fire, apparent proof that Latin America's biggest country could join the ranks of the world's powerhouses and lift tens of millions of people out of poverty.

Brazil seemed to prove that high growth, innovation and manufacturing clout would no longer be the domain of the wealthy countries. These attributes could also apply to the BRICs. The acronym had been invented a few years earlier by then Goldman Sachs economist Jim O'Neill to describe the power shift away from the Group of Seven countries to the big countries in the developing world – Brazil, Russia, India and China.

At the time, Brazil was considered something of an economic miracle. Much of the 20th century after the Second World War era had been a comedy of errors. The country lurched from one crisis to another and suffered the humiliation of accepting three rescue programs from the International Monetary Fund. For a 20-year period, beginning in 1964, the military ran the show.

Brazil flourished in the past decade and its then president, Luiz Inacio Lula da Silva, announced that his country's long losing streak had ended. "Brazil threw away the 20th century," he said. "The 21st century will be Brazil's and Latin America's."

At first, his boast did not seem exaggerated. From 2000 to 2010, Brazil's growth ranged from 3 per cent to 7.5 per cent a year, with the strongest growth coming in the last half of the decade. Even the 2008 financial crash didn't throw it off its pace by much. While growth in 2009 plunged, it bounced back quickly.

The biggest driver of the growth was the commodities boom and China's voracious demand for just about anything that resources-rich Brazil could dig out of the ground, especially iron ore. Vale, Brazil's national mining company, became one of the top five industry players and bought Canada's Inco in 2006. Later, offshore oil turned Brazil into an energy heavyweight. The Brazilians got serious about competing on a global scale in some industries. One of them was aerospace, where Embraer evolved into a serious rival to Canada's Bombardier in the regional jet market.

Brazil's success in the past decade was not entirely due to luck – the commodities boom and the timely arrival a few enlightened politicians who emphasized open trade. As British economist George Magnus pointed out in the August edition of Prospect magazine, Brazil's Bolsa Familia – the family allowance – emerged as one of the world's most successful poverty-reduction efforts. Launched in 2003 by Mr. da Silva's Workers' Party (PT) and still going strong, the program provides financial aid to poor families whose children are vaccinated and attending school. It covers about a quarter of the population.

Brazil managed to produce respectable, though diminishing, growth rates from 2011 to 2013, when Europe and North America were struggling to shed brutal recessions. Then the economy fell off a cliff. It shrank 3.1 per cent in 2014 and 3.2 per cent last year. Almost every number is going in the wrong direction. In 2015, the budget deficit equalled 10 per cent of gross domestic product and the ratio of debt to GDP reached 70 per cent, up from only 55 per cent four years earlier. Unemployment in May was 11.2 per cent, up from 8.1 per cent a year earlier.

What went wrong? The end of the commodities boom was a biggie. Brazil now realizes that China is not the gift that keeps on giving. Shares of Vale are down 70 per cent in the past five years. The oil crunch did considerable damage too. Brazil learned the hard way that overreliance on commodities is a game of economic Russian roulette, as Alberta is finding out. Brazil's manufacturing sector wasn't big enough to insulate the country from the resources collapse.

At the same time, political, social and business crises walloped the country. Millions of Brazilians took to the streets to protest, among other things, President Dilma Rousseff's alleged involvement in, or knowledge of, corruption at the Petrobras oil company, the biggest scandal in Brazilian history. In May, the Senate voted to open a trial of Ms. Rousseff for violating federal budgetary laws, forcing her to step aside for 180 days. Corruption scandals have swamped the government and some big companies, shattering the confidence of investors and convincing the average Brazilian that the rich have rigged the wealth game in their favour.

Brazil's strong growth proved fragile and unsustainable. The Olympic Games might give Brazilians a brief respite from their economic misery. An epic economic cleanup job awaits them when the Olympic party is over.

Investors are excited about regime change, but no magic fixes for Brazil’s economy
May 16, 2018 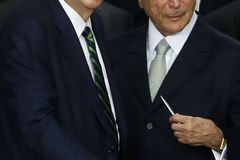 What Olympic athletes can teach us about managing stress
May 16, 2018 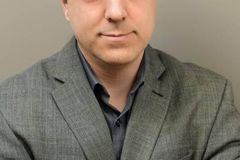