The excuse was Italy; the real reason might have been Brexit.

The merger of the London Stock Exchange Group (LSE ) and Deutsche Boerse (DB), a €29-billion ($41-billion) combination that would have created a formidable rival to the mightiest American exchanges, is dying, if not quite dead. The LSE in effect said so Sunday night with the surprise announcement that it could not meet the European Commission's demand that the LSE, for anti-trust reasons, sell MTS, its Italian electronic bond trading platform.

The LSE hinted strongly that it was prepared to go it alone – auf wiedersehen DB.

The LSE's press release triggered a flurry of accusations as sources from all of the parties in London, Frankfurt, Brussels and Milan blamed one another for mucking up what seemed to be a done deal. In may be some time before the real story gets out, but it seems that Brexit politics played a role in the LSE's decision not to comply with the EC's orders to sell MTS.

Indeed, until the terms of Brexit are determined, the LSE – the perennial jilted bride – may be unsalable. Valuing a new company formed by the LSE and any merger partner seems impossible as long as Brexit remains a work in progress. Britain has not even officially started the withdrawal talks (they are supposed to begin some time in March, when Prime Minister Theresa May triggers Article 50 of the European Union treaty, the bye-bye clause).

The purchase of a big stock exchange, or merger of two big exchanges, is never easy because they are complicated, and heavily regulated, beasts that typically combine trading, clearing, derivatives, indexes and data services. The exchanges with vast foreign operations, like the LSE, are regulated by several governments.

Making their sale more complicated is national pride. Exchanges are seen as tools of financial and economic sovereignty. When the LSE tried to buy the TMX Group, owner of the Toronto Stock Exchange, in 2011, the Canadian nationalists (including yours truly) got rather agitated. A team of investors called Maple Group – note the jingoistic name – came to the rescue and sent the LSE packing.

The LSE-DB merger was announced three months before the June, 2016, referendum that would be won by the Brexiteers. The deal seemed to make strategic sense. Europe needed a champion bourse that could compete with U.S. rivals, notably Intercontinental Exchange, owner of the New York Stock Exchanges, the ICE futures exchanges and a fleet of clearing houses. A solution was found for the main European anti-trust issue – clearing; the LSE's French clearing division would be sold.

The governance issues were nailed down, too. To appease the British and German nationalists, London would host the new group's holding company and big offices would be maintained in London and Frankfurt. The LSE's French boss, Xavier Rolet, would retire, handing the CEO's position to DB's top executive, Carsten Kengeter. The board of directors would have equal representation from both sides and big decisions would require 75-per-cent approval from the board of directors and shareholders.

Then came Brexit and what made strategic sense suddenly made dubious political sense. The Germans did not like the idea of Europe's premier bourse sitting beyond the EU's border. "There are good arguments to say that a bigger stock exchange would be for the benefit [of] all," Frankfurt mayor Uwe Becker recently told The Globe and Mail's Paul Waldie. "But the benefits shouldn't look like having a seat on an island."

The British did not believe London would survive as the enlarged company's headquarters – gravitational forces would surely tug it into Frankfurt's orbit. Euroskeptic MP Bill Cash said it was a "slam dunk that this deal is not in the national interest."

About two weeks ago, the MTS issue mysteriously surfaced. It was mysterious because MTS, which is based in Milan, 60 per cent owned by the LSE and that trades about €100-billion in fixed-income products a day, was never considered a potential anti-trust issue. The main issue was always the LSE's French clearing arm (which is being sold to Euronext for €510-million), not the relatively small Italian bond platform.

The LSE didn't take kindly to the EC's order to sell MTS. The LSE's Sunday statement said the LSE "believes that it is highly unlikely that a sale of MTS could be satisfactorily achieved." The LSE didn't even offer to commit to its sale.

Why the EC surfaced in February, and not several months ago, with its dump-MTS decision is not known, though the timing is curious. The Brexiteers like Mr. Cash are no doubt thrilled that the merger is collapsing. Ditto the German politicians who did not want to see the EU's main exchange parked in a non-EU country. We of course do not believe the rumours that EC competition regulators could be susceptible to political persuasion.

While the merger is not officially dead, the chances of a Lazarus-style revival appear slim. Maybe the LSE is cursed. Since 2000, more than half-a-dozen German, Australian and U.S. attempts to buy or merge with the LSE – including three attempts from DB – have failed. Until Brexit is resolved, the next attempt will probably fail, too. Brexit is reshaping European business in surprising ways. There will be victims along the way and the LSE-DB merger may have been one of them.

Opinion
Few winners to be found in LSE-Deutsche debacle
February 27, 2017 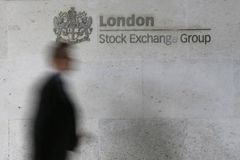 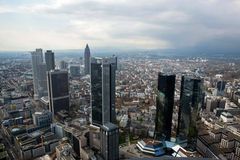