Britain's vote to leave the European Union has shaken up the country's politics and government and shocked its trading partners. The new British Prime Minister, Theresa May, has said plainly that there is no turning back; the referendum results will be respected and Brexit will happen, in whatever specific form it eventually takes. If that's the case, how might Canada deal with the coming Brexit?

Let's start with existing commercial relations. Investment in Britain is arguably more important to Canadian businesses than exports to Britain. No doubt, Canada's trade with Britain is material – it is our third-largest export market, with goods exports of $16-billion annually. But more importantly, Canadian firms have invested in Britain as a platform for sales into the EU and broader European markets.

It follows that the redefinition of Britain's trade policy relationship with Europe, and of course with Canada, will be of great interest to many Canadian firms. Britain may still be an easy entry point into Europe because of language, culture and historical relationships. But if unfettered access to the EU market is lost for goods and services provided from Britain, Canadian firms would need to re-examine their business model for serving customers in Europe more broadly. Some might consider investing directly within the remaining EU states rather than in Britain as an entry platform; others may choose to rely more on exports from Canada and less on investment abroad, to build their business in Britain and the EU.

For Canadian trade policy with Britain and Europe, the top priority should be to conclude the Comprehensive Economic and Trade Agreement (CETA) with the EU while Britain is still a full member. CETA is an ambitious, modern trade agreement that goes far beyond tariff elimination and reduction. It includes alignment on some regulations that affect services in particular, better access to government procurement, freer trade in intellectual property and more relaxed movement of people between the EU and Canada. Britain was reportedly one of the key driving forces for CETA, so concluding the deal now would be highly desirable.

Next, it is entirely unclear what Britain's future economic relationship with the EU will look like once the coming two-year Brexit negotiations are concluded. That said, if Canada can secure ratification of CETA as soon as possible and implement the deal, that would provide a two-year window to sort out our own priorities for economic relations with Britain.

Since there appears to be no accession clause in CETA for third parties (like a Britain outside the EU), Canada should be prepared to negotiate a bilateral free-trade agreement with Britain if required. Adopting the same terms as under CETA would be ideal, but each party may seek opportunities to improve upon the terms negotiated under CETA, which would add to the time involved.

A more intriguing option would be to consider making Britain a partner in the North American free trade agreement. As the largest and dominant economy, the United States would have to agree to this option.

And of course, doing nothing is the default option. If no specific action is taken to strengthen the trade bridge between Canada and Britain, Canadian firms will most likely shift their European investment away from Britain and into the remaining EU, to serve a larger EU market.

Over all, Canada would benefit from reaching out to the post-Brexit Britain in order to build a deeper economic relationship; finalizing CETA while Britain is still in the EU is the best option, with a bilateral free-trade agreement as a fallback position. Bringing Britain closer to its North American neighbours is an appealing idea, although reopening NAFTA is not going happen any time soon.

Whatever Mark Carney does, the U.K. will feel less well off next year
Subscriber content
August 4, 2016 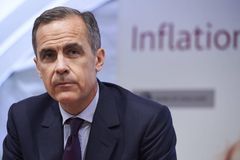