U.S. wholesale electricity prices hit record lows in 2016 to the delight of millions of residential and industrial power customers who pay rates tied to the spot market. Cheap natural gas, which displaced coal as the main source of U.S. power generation last year, boosted the competitiveness of U.S. industrial power users and even led to a drop in residential electricity rates.

In October, U.S. residential electricity prices averaged 12.5 cents (U.S.) per kilowatt-hour, or about 16.5 cents (Canadian), according to the U.S. Energy Information Administration. That may not sound like a bargain compared to Ontario, until you consider it is an all-in price that includes distribution and transmission costs, as well as taxes. It also marks a 2.1-per-cent price drop from 2015.

Cheap and abundant shale gas, which has half the carbon footprint of coal, has meant that average U.S. residential electricity prices have risen only 18 per cent in the past decade. It's been unambiguously positive for the U.S. economy and environment.

Ontario could be enjoying the fruits of this cheap energy bonanza, too, had it not been for its stubborn and ideological decision to continue to procure vast and mostly surplus amounts of wind and solar power even as it became clear this would send consumer electricity rates through the roof. Thousands of Ontario residential consumers are now paying all-in average prices of as much as 25 cents per kWh to keep the lights on, in many cases double or triple what they paid a decade ago.

In an attempt to keep the pitchforks at bay, Premier Kathleen Wynne's Liberals have started rebating the provincial sales tax on residential electricity bills. Since most electricity users are also taxpayers, they know this will only end up costing them more in the end as the Liberals dig the province even deeper into a hole that they or their children will have to fill.

The Wynne government's other bright energy idea of late involves buying up to two terawatt-hours annually, or about enough electricity to power a city the size of Kitchener, Ont., from Hydro-Québec over the next seven years.

Neither province has disclosed the price Ontario is paying for this power, so one should take the Wynne government's estimate of $70-million in savings with a very healthy dose of skepticism.

Not even it can predict natural gas prices over seven years. Indeed, natural gas prices are forecast to stay so low that not even Ontario's cap-and-trade scheme will be able to undermine the price competitiveness of gas-fired electricity.

Besides, $10-million annually in a $20-billion electricity market is nothing to get excited about. The additional wind and solar power slated to come on stream by 2023 will wipe out those savings more than a hundred times over.

Nothing illustrates the bankruptcy of Ontario energy policy more than the fact that this excess power from Quebec will replace natural-gas-fired generation, of which Ontario has thousands of megawatts of underutilized capacity. The province spent billions commissioning new gas-fired plants as it moved to close its coal-fired generating stations.

But most of that gas-fired capacity now sits idle on any given day, even though keeping plants on standby is hardly cost-free.

The Liberals say the deal to buy hydro power from Hydro-Québec will be good for the environment, cutting annual greenhouse gas emissions by about one million tonnes.

So, why didn't they think of that before they embarked on their ruinous Green Energy Act in 2009? Buying hydro from Quebec would have accomplished the GEA's environmental goals at a fraction of the cost.

The reason is that then, as now, politics and ideology have been the driving factors in setting Ontario energy policy. The Green Energy Act was written by Liberal-friendly renewable energy lobbyists who managed to persuade the former Dalton McGuinty government that there were big political dividends in making Ontario a wind and solar powerhouse. The deal with Hydro-Québec was similarly driven by the Wynne government's desire to appease environmentalists.

The anti-nuclear lobby now wants Ms. Wynne to scrap the refurbishment of the Darlington nuclear station and buy even more power from Quebec. Proponents of the Buy Quebec option point to the proposed new federal infrastructure bank as a source of cheap funding for the billions of dollars in new interprovincial transmission lines needed for Ontario to buy large quantities of hydro power from its neighbour.

But they will likely be no match for the nuclear lobby, and the unions at Ontario Power Generation, that also have Ms. Wynne's ear.

As long as this madness goes on, instead of common-sense energy planning, it'll be one (price) shock after another for Ontarians.

Opinion
Canada well on its way to a renewable-energy future
June 21, 2018 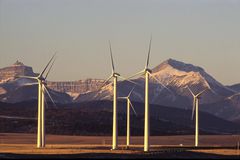 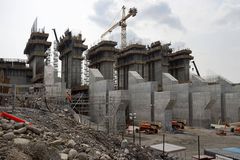